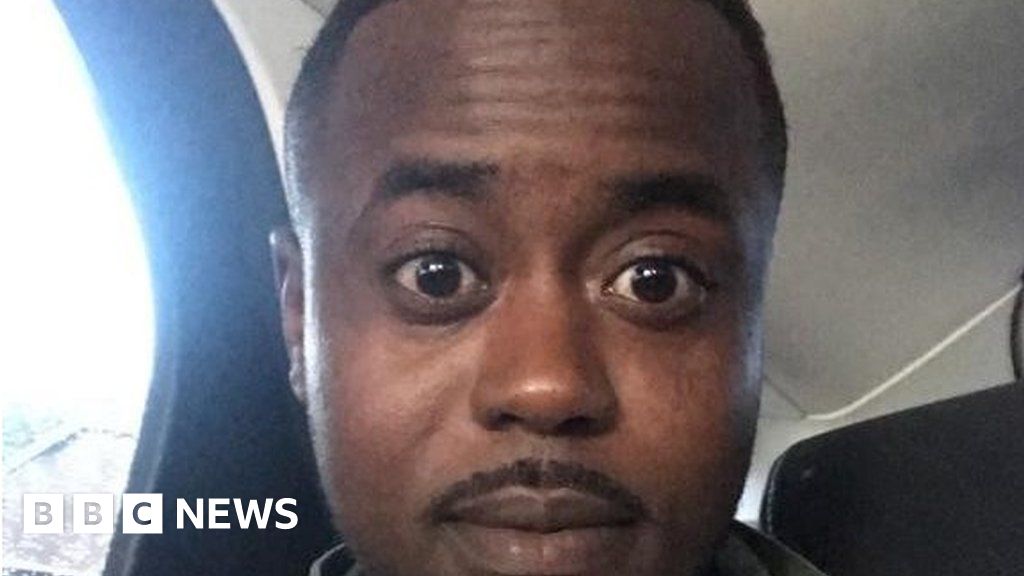 Image caption, The family of Ibrahim Bah said he was a kind, loving father

The family of a man who was murdered in south-east London have paid tribute to a “kind, loving father.”

Ibrahim Bah, 34, from Bexley, was stabbed on Greenwich High Road, Greenwich, in the early hours of Sunday morning.

He was taken to a nearby hospital but died shortly afterwards.

British Transport Police (BTP) believe the stabbing followed a fight outside a nearby bar.

Image caption, Police were called at 02:15 BST on 1 May, after reports of a man with stab injuries in Greenwich High Road, Greenwich

They said: “Ibrahim was a kind loving father who loved his family very much and will be terribly missed, ‘he belongs to Allah and he returns to Allah’ we wish that justice will be served.”

Police said a 37-year-old man from Greenwich arrested in connection with the murder remained in custody.

They confirmed a 29-year-old man from Lewisham previously arrested, had been released with no further action taken.

Image caption, Detectives believe the stabbing followed a fight close to the entrance of Belushi’s bar

Police were called at 02:15 BST on 1 May, after reports of a man with stab injuries in Greenwich High Road.

The stabbing is thought to have followed a fight close to the entrance of Belushi’s bar on Greenwich High Road, according to BTP, who called the incident “a shocking and brutal act of violence”.

Det Ch Insp Steve May added that officers were “working tirelessly to locate the person responsible”.

He urged anyone who may have witnessed what happened, or the events leading up to it, to contact police.

House lifting mask mandate ahead of State of The...

Greg Gutfeld: It’s a great time to be alive...

Education secretary says “default should be in-person learning” as...

Workers grapple with new stresses as they return to...

Ukraine tension: Could conflict escalate to war, and other...

Using Genetics as a Tool for Disease Diagnosis (Podcast)

The Other MMT Idea That More And More Governments...

Opinion: Rebound after taking Paxlovid is the latest twist...

Military says unarmed missile from India ends up in...

Why diversified Bundles are the smart way to invest...

Xbox Series X could remove one its best social...

On Top Gun: Maverick, She-Hulk, and the Fear of...

Using Uber and Lyft to get around? Here’s why...