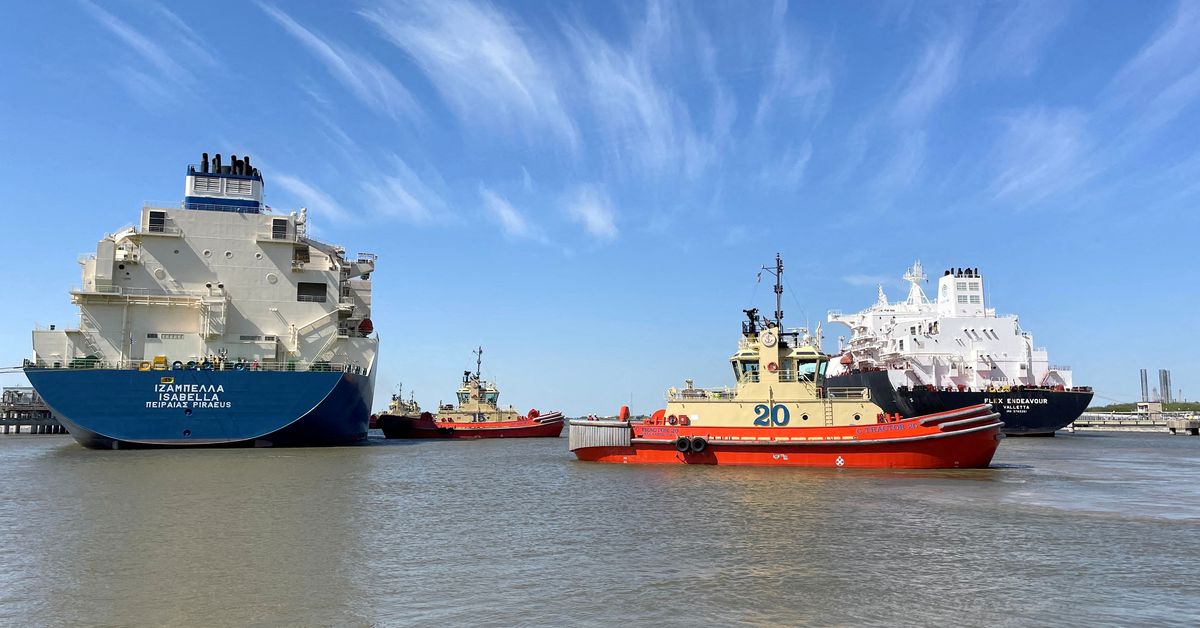 U.S. LNG exports to all destinations came to about 7.10 million tonnes (MT) last month, according to Refinitiv, down from a record high 7.67 MT in March.

Europe was the top importer of U.S. LNG for a fifth straight month, taking about 64% of U.S. exports, according to the data. European countries are slashing gas imports from Russia after its invasion of Ukraine. Moscow has threatened to cut supply to “unfriendly nations,” and even cut flow to Bulgaria and Poland last week. read more

“Europe remains the dominant buyer of U.S. volumes,” said Reid I’Anson, senior commodity analyst at Kpler. “That seems to be continuing into the shoulder months.”

Eventually, operators will have to conduct maintenance or risk operational troubles during peak winter demand.

“The longer and harder these facilities run, which they have been for the last year, the more likely you’re going to have issues pop up,” said Ross Wyeno, lead analyst of Americas LNG Analytics at S&P Global Commodity Insights.

The United States is producing more LNG year-over-year because of additional capacity from Venture Global’s new Calcasieu Pass LNG export terminal in Cameron Parish, Louisiana, as it ramps up.

About 13% of exports went to Asia and 2% to Latin America, data showed. About 21 vessels responsible for 21% of volumes had not signaled a destination.

Global prices have tapered off in recent weeks. The European LNG benchmark this week traded at $30 per million British thermal units (mmBtu), according to Refinitiv, compared with $39.22 per mmBtu for the same week in March.

Realme’s next cheap phone has a weird color-changing back

Cost of Living: Rishi Sunak quizzed on why wealthy...

China Calls on U.S. to ‘Clarify’ Rumor of Alleged...

Gun violence has killed at least 1 rapper every...

TC editors weigh in: Tech, trends and controversy in...

One hospitalized after I-294 crash; all southbound lanes closed...

Queen Elizabeth II: Has the rewind button been pushed...

Controlling My Family’s Smart Home Is Driving Us Mad

Edinburgh Festival: Was the city right to be worried...

Kremlin Insider Klyushin Is Said to Have 2016 Hack...

Hundreds rally in Sudan day after 9 killed during...

German foreign minister to travel to Moscow next week...

Ukraine war: The Russian woman rescued from a Kyiv...

Ukraine invasion: What to know as Russian forces target...

Boy at heart of UK court battle dies after...

Wildfire burns homes around lake in Texas amid high...

White House hopes for light at the end of...

In the waters off Mexico, fishing this vital sea...

Amit Midha on Dell Technologies in the Asia Pacific...

Serena Loses to Tomljanovic At US Open; Could Be...