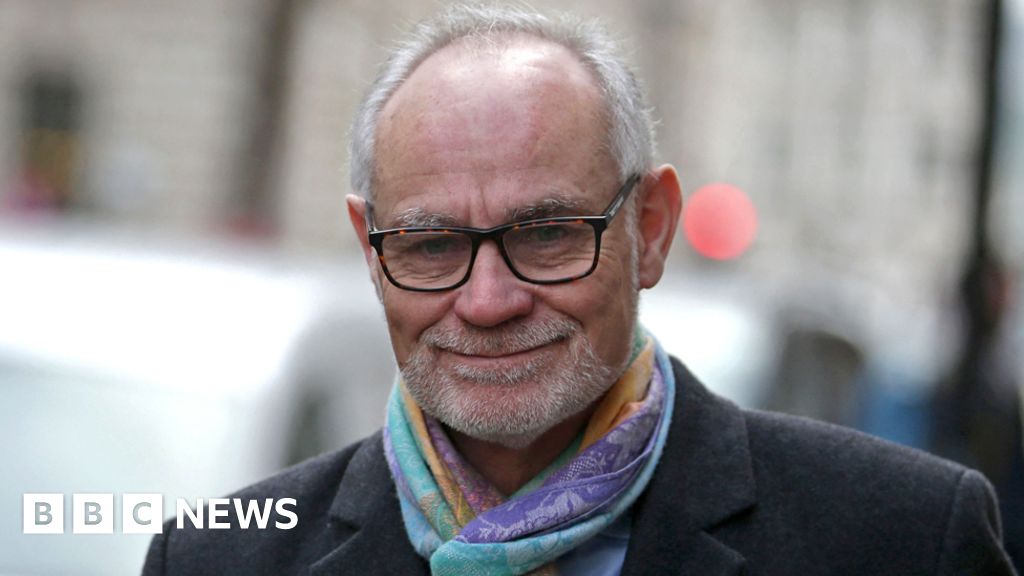 Image caption, Crispin Blunt has announced he will step down as an MP at the next general election

Conservative MP Crispin Blunt has announced he will be standing down at the next election.

Mr Blunt, who is MP for Reigate, made the announcement on Twitter.

In a statement, he said: “After seven increasingly tumultuous parliaments, this will be my last.”

He apologised last month for “significant upset and concern” caused by his defence of MP Imran Ahmad Khan, following his conviction for sexually assaulting a teenage boy.

In a statement, on his website Mr Blunt said: “This statement is not the place for the tale of the ensuing 25 years.

“But its purpose is to use this 25th anniversary to make public, what those closest to me have known privately for some time, that after seven increasingly tumultuous parliaments, this will be my last.”

The former justice minister removed a post from his website and Twitter feed last month in which he had claimed Khan was the victim of a “dreadful miscarriage of justice”, after the Wakefield MP was found guilty of sexually assaulting a 15-year-old boy in 2008.

Khan was thrown out of the Tory Party following the verdict and Mr Blunt had come under pressure from the Conservative hierarchy to withdraw his initial statement.

Mr Blunt later said he had decided to retract his statement and insisted: “I do not condone any form of abuse and I strongly believe in the independence and integrity of the justice system.”

He also offered his resignation as chairman of an all-party parliamentary group (APPG) on LGBT issues, following protests from MPs about his comments.

Mr Blunt was elected as Conservative MP for Reigate, Surrey, in the general election of May 1997, defeating the incumbent Sir George Gardiner, who had switched from the Tories to the Referendum Party.

He served as a justice minister from 2010 to 2012, as a whip when the Conservatives were in opposition and on several committees. Betty White 100th birthday film to screen across US...

More Than 8 Million Americans Are Late on Rent...

Tory donor pleads not guilty to US bribery charges

Storm Eunice, Dudley and Franklin: A week of unusual...

Crypto Is No Substitute for Cash. Enter CBDCs

Man sentenced to 6 months in prison for groping...

Top 4 horror movies to watch in Australia for...

The adventurer twins exploring the most remote parts of...