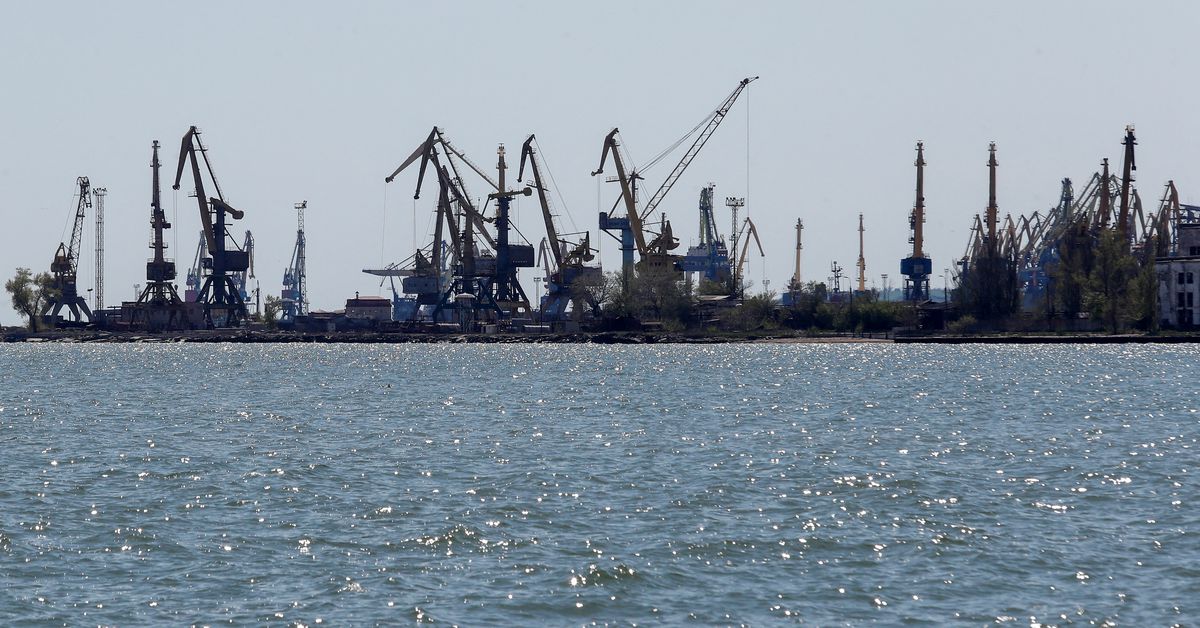 KYIV, May 2 (Reuters) – Ukraine has formally closed its four Black and Azov sea ports, which Russian forces have captured, the Ukrainian agriculture ministry said on Monday.

The Azov Sea ports of Mariupol, Berdiansk and Skadovsk and the Black Sea port of Kherson were closed “until the restoration of control”, the ministry said in a statement.

“The adoption of this measure is caused by the impossibility of servicing ships and passengers, carrying out cargo, transport and other related economic activities, ensuring the appropriate level of safety of navigation,” it said.

All Ukrainian seaports have suspended their activity as a result of the Russian invasion in late February. Russian forces captured some ports and blockaded others.

Ukrainian President Volodymyr Zelenskiy said on Monday Ukraine could lose tens of millions of tonnes of grain due to Russia’s control of Black Sea shipping, triggering a food crisis that will affect Europe, Asia and Africa. read more

“Russia does not let ships come in or go out, it is controlling the Black Sea,” Zelenskiy told the Australian news programme 60 Minutes.

Russia calls its intervention in Ukraine a “special operation” to disarm Ukraine and protect it from fascists. Ukraine and the West say the fascist allegation is baseless and that the war is an unprovoked act of aggression.

Ukraine, a major agricultural producer, used to export most of its goods by sea but has been forced to switch to export by train via its western border or via its small Danube river ports.

It said the volume included 763,000 tonnes exported in April but gave no comparative figures. Senior agriculture officials said this month that Ukraine exported up 300,000 tonnes of grain in March.

Gensyn applies a token to distributed computing for AI...

Put the zoo in Zoom with these horrific 3D...

Just Eat Takeaway scales back in France as market...

Covid: Care home restrictions to be eased in England

The FCC’s Rules on Space Junk Just Got Stricter

Bruno Guimaraes: Eddie Howe would not contemplate a Real...

Cloud servers are proving to be an unfortunately common...

Marjorie Taylor Greene Says Nazi May be Getting Biden’s...

After interviewing outside candidates, Saints stick with Pete Carmichael...

China Military Says It Won’t ‘Sit Back’ If Nancy...

Pelosi in Malaysia but all eyes on Taiwan

The Rules Committee by the numbers