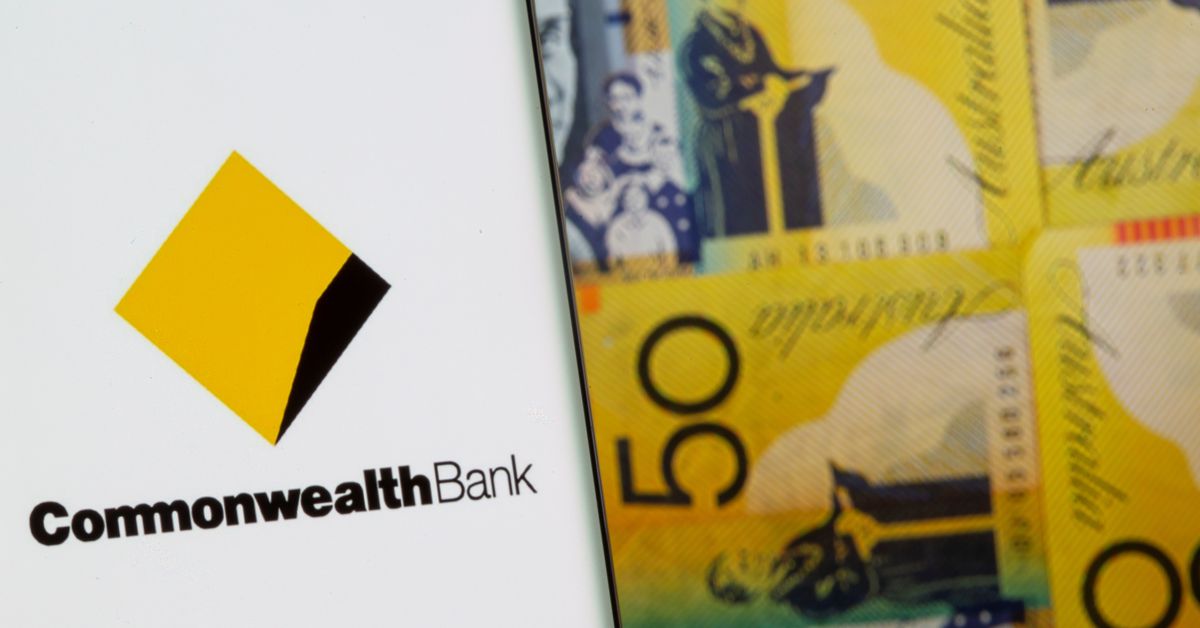 May 2 (Reuters) – Australia’s “Big Four” banks are set to report a further squeeze on interest margins in their upcoming results dented by growing competition, though the prospect of a recovery aided by central banks’ rate hikes is expected to bolster their outlook.

The banks have tussled with increased competition in home lending amid record low rates and borrowers changing to fixed-rate loans, while costs ramp up due to investment in digital capabilities and broader inflation. read more

These pressures will likely be evident in quarterly results of Commonwealth Bank (CBA.AX), and first-half reports from National Australia Bank (NAB.AX), Westpac (WBC.AX), and Australia and New Zealand Banking Group (ANZ.AX) this month.

“We remain cautious on banks. The upcoming results are likely to show significantly weaker net interest margins and signs of rising costs,” analysts at Barrenjoey said.

“But we would not be surprised if banks were more optimistic in their outlook, especially around the benefits of rising rates… This may provide them with some near-term support.”

Still, earnings at top bank CBA and No. 2 lender NAB would likely have benefited from the flurry of new business they flagged in their reports in February, while No. 3 lender Westpac had also progressed with its cost cutting plan.

No. 4 lender ANZ, meanwhile, had forecast a first-half hit from softer performance in its markets business. It has also steadily lost Australian home loan market share since 2019.

In a prelude of things to come, mid-sized Bank of Queensland (BOQ.AX) last month reported a hit to margins from stiff housing loan competition.

The Reserve Bank of Australia has all but said it would raise rates to counter super-charged inflation, while the Reserve Bank of New Zealand has hiked rates at its last four meetings to levels not seen since June 2019.

This would benefit banks at a time when the Australian property market is showing some signs of cooling after a bumper 22% surge in prices in 2021 due to record low rates and a shift to working from home during the pandemic.

“With the RBA cash rate starting to move higher… investor attention is set to switch to the impact of higher rates on revenue growth and net interest margins with slowing lending growth and house prices,” analysts at Citi wrote.

ANZ, in its trading update in February, had forecast rising rates in New Zealand would relieve some pressure on margins in the second quarter. East Coast braces for another night of dangerous storms...

Ukraine war: The southern villages holding back the Russians

Angelina Jolie ‘Rushed to a Bomb Shelter’ in Ukraine,...

Mayfair diamond thief ordered to pay back £250 after...

Charli XCX crashes the charts with first number one...

A double murder suspect in a Sonic Drive-In shooting...

Homes needed for 4,000 beagles rescued from breeder in...

Russia-Ukraine crisis: Where things stand after 1 week of...

Small business hit with back rent demands amid high...

How to Remove Your Personal Info From Google’s Search...

Harris: ‘We are talking about the real possibility of...

Has the US Learned Nothing From the UK’s Gambling...

UP polls: ‘The police killed our son, but no-one...

Thornton Wilder celebrated on 125th anniversary of his birth

Ukraine: Lysychansk is a battle lost, not the war...

Drinking Wine With Meals May Reduce the Risk of...