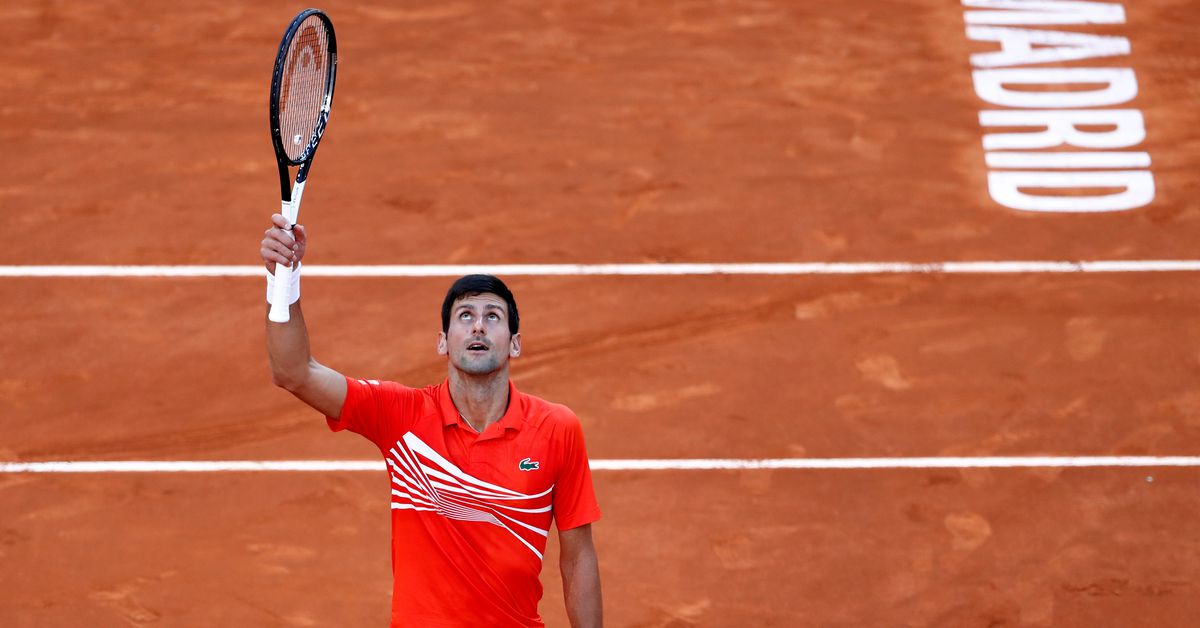 May 1 (Reuters) – World number one Novak Djokovic said on Sunday that he was “heartbroken” after his former coach Boris Becker was sent to prison earlier this week in a bankruptcy case in the UK.

The 54-year-old German was jailed for two years and six months by a London court on Friday for hiding hundreds of thousands of pounds of assets after he was declared bankrupt. read more

“Just heartbroken, I mean, for him. He’s a friend, long-time friend, a coach for three, four years, someone I consider close in my life and has contributed a lot to my success in my career,” Djokovic told reporters at the Madrid Open. read more

The pair worked together between 2014 and 2016, with Becker guiding Djokovic to six of his 20 Grand Slam titles.

“I just hope he will go through this period… and when he comes out he’s able to live his life as, I don’t know if we’ll use the word ‘normal’, because the life is definitely changing, I mean, for anybody going to prison,” added the Serbian.

“I just pray for him. I hope things will be well in terms of his health, his mental health, because that’s going to be the most challenging part.”

Djokovic, a three-times winner at the ATP Masters 1000 event in Madrid, is looking for his first title of the season after losing to Andrey Rublev in the final of the Serbia Open last week. read more

Reporting by Dhruv Munjal in Bengaluru, editing by Pritha Sarkar

Platinum Jubilee: Festivities continue with Party at the Palace

Watching the lying-in-state – ‘The queue has a meditative...

US Open: Andy Murray unsure of cramp cause after...

Who Is Laine Hardy and Why Was the ‘American...

Scotland’s papers: PM ceremony at Balmoral and hunt for...

Winners and Losers in the Ukraine War

Will Intel abandon x86 for RISC-V for its next-gen...

In Defense of Dr. Oz Republicans

At least 35 killed in ‘satanic’ attack on Catholic...

Feds warn not to use adult bed rails linked...

India’s Hindu extremists are calling for genocide against Muslims....

Demi Lovato is back, and this time she’s angry

Trump tried to call a member of the White...

As Biden battles COVID, some health issues of past...

6 things to look out for when choosing an...

The Tide Is Turning on Gun Control

Gas Prices Could Hurt, or Help the Suburbs (Podcast)

Police called to suspect’s home ‘a number’ of times...

The US should prepare for a predictable Southern summer surge of Covid-19,...