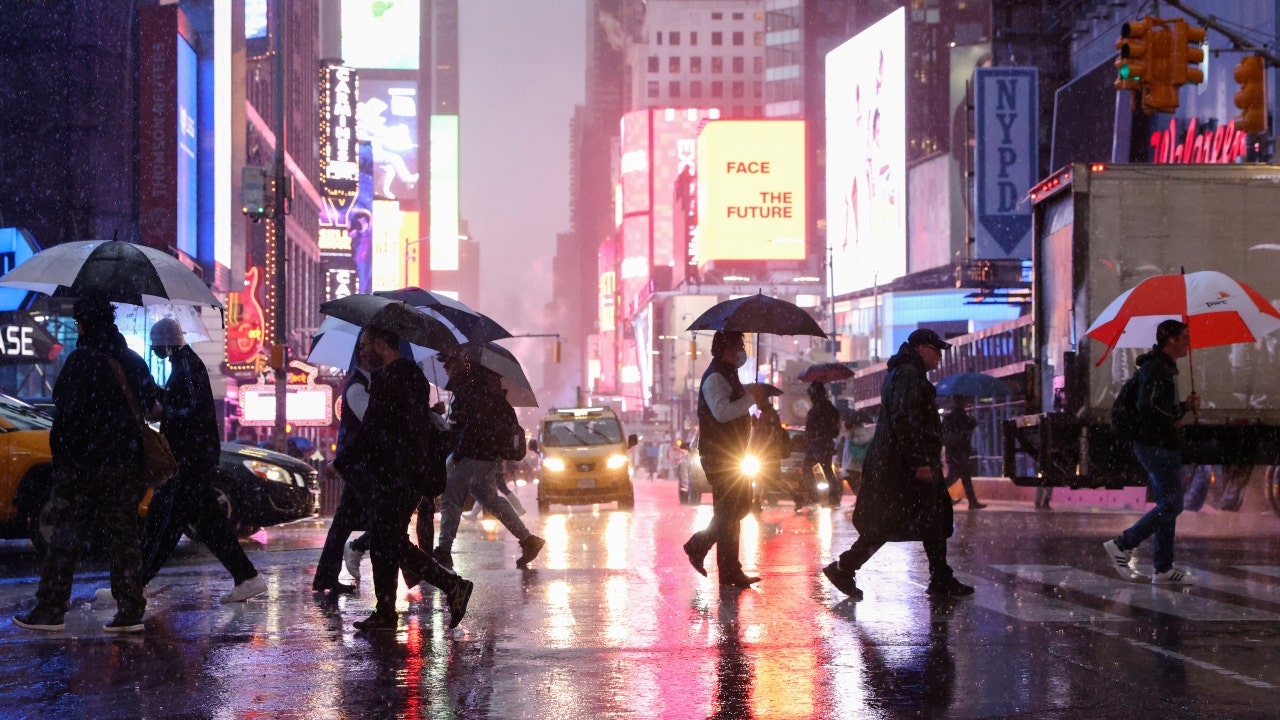 A New York City man was stabbed to death at a Dave and Buster’s restaurant in Times Square on Saturday night.

Police say two men began an altercation at the restaurant just before 11 p.m. on Saturday. A 39-year-old man was stabbed in the chest during the fight, and he was later pronounced dead at the hospital.

NYC PREGNANT WOMAN ROBBED ON SIDEWALK, THROWN TO THE GROUND BY ATTACKER

Over the next three decades, New York City could be in danger of getting hit with storms that occurred once every 500 years, every 5 years, according to a new study. (REUTERS/Eduardo Munoz)

His attacker, who remains unnamed, fled the scene. Police apprehended him soon after, however, and charges are pending in the case, according to ABC 7.

Crime in NYC has skyrocketed by 44% in 2022 as of early April. Crime is up in nearly every category aside from murder, according to police.

“The rising recidivism in New York City is up substantially from 2019,” said Michael Lipetri, chief of the NYPD’s Crime Control Strategies. “The data is clear and simple. Individuals that continue to get arrested multiple times continue and continue to commit these crimes.” Behind the Scenes Look at the Creation of Avengers...

McCarthy picks his path on Cheney: Try to boot...

UK heatwave: How do temperatures compare with 1976?

Your Evening Briefing: Inflation Surges to Its Highest Since...

Ukraine says it can save nearly $5.5 billion by...

Oxygen Readers May Provide Bad Data For People with...

US ambassador: ‘Any attack on civilians is a war...

Liberia prisons: Where inmates are short of food, space...

US May Add ‘Toxic’ Antiviral Drug to Arsenal as...

Nevada Republicans boo Heller over past with Trump at...

Medical boards are turning a blind eye to doctors...

Russian skater replaced due to positive COVID-19 test ahead...

Queretaro v Atlas: Home side must play behind closed...

Analysis: From boom to glut: Canada's housing plan could backfire on Trudeau...