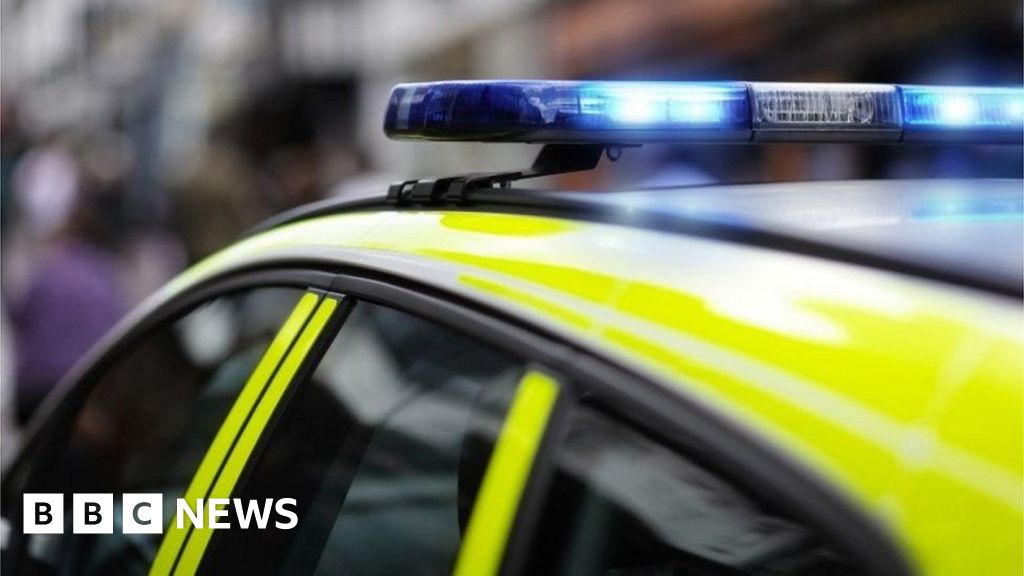 Image caption, The pursuit began shortly before midnight on Saturday

Seven people were injured during a police chase of a man suspected of kidnapping a woman.

Officers pursued a silver Ford amid reports that a woman was forced into it “against her will” on Anchor Road, Bristol, just before midnight.

The car was followed on to the M32 before being stopped at 00:20 BST in Wellsway, Keynsham, where the driver was arrested.

The police car collided with a third-party vehicle during the chase.

Avon and Somerset Constabulary said two pedestrians were hit by the Ford on St Augustine’s Parade and both required medical attention for minor injuries.

A further collision occurred on the northbound carriageway of the M32, between the police car and a third-party vehicle.

Police said three members of the public were taken to hospital with non life-threatening injuries.

The driver – a man in his mid-20s – has been arrested for multiple offences and was taken to hospital to be “checked over”, police said.

The female passenger was also taken to hospital with minor injuries. Appropriate safeguarding measures have been put in place for her welfare, police said.

The incident has been referred to the Independent Office for Police Conduct.

Black voters are not a ‘monolith’: GOP congressional candidate

What to expect from the first Jan. 6 hearing

Xbox Series X now has a pink controller that...

Kanye West’s flame Julia Fox is ‘kind of like...

Trade world skeptical ahead of Summit of Americas

Tony Awards has stars — and those usually far...

Spurs and Arsenal lose as Ronaldo fires United back...

Mark Esper Says He Wouldn’t Vote for Trump in...

EU set to unveil sanctions on Russian oil as...

Biden in Texas: ‘We will’ do something

Man Fatally Shoots Wife at Home in Front of...

Asia expert calls on Biden admin to take a...

This devious ransomware is now more dangerous than ever

Proposed Nebraska mine has sizeable deposit of rare elements

The billion-dollar question: Can you be TOO rich?

Scientists: Asian spider could spread to much of East...

First teaser for The Offer series takes us behind...

The unsurprising lesson Microsoft learned after upgrading its own...

Opinion: The 'cruelest month' is behind us