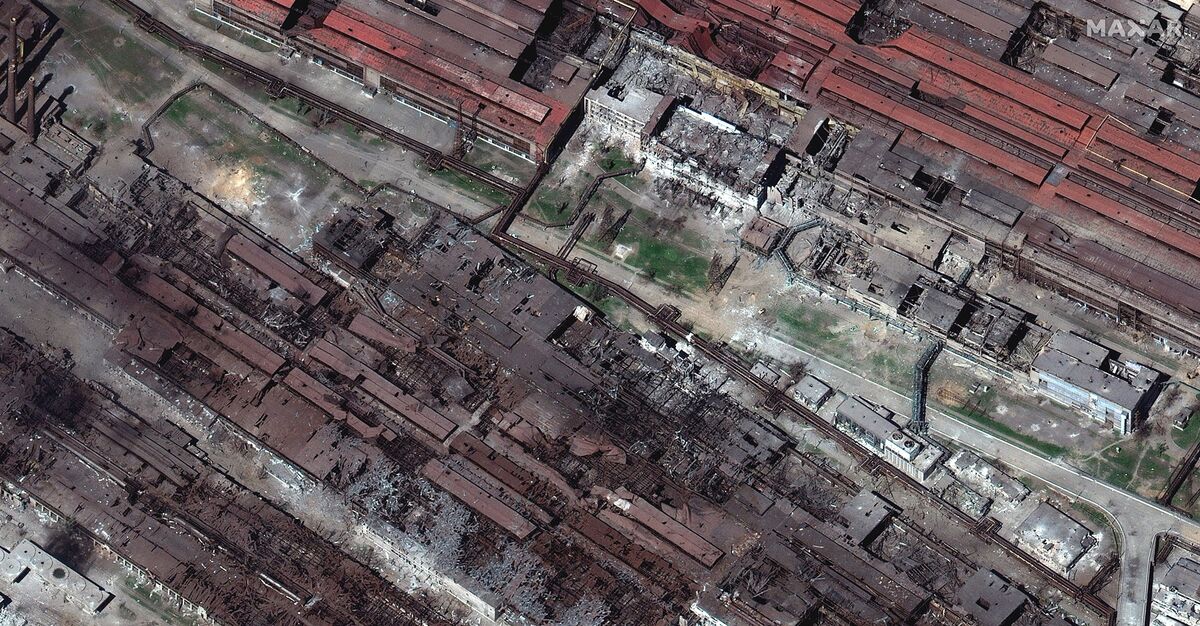 Zelenskiy said Saturday night that Moscow is stepping up attacks in the east of the country, and addressed the forces in Russian, urging them not to fight.

request to Congress for an additional $33 billion in aid.

(See RSAN on the Bloomberg Terminal for the Russian Sanctions Dashboard.)

Russia on Sunday replaced Ukraines hryvnia with the ruble as official currency in Kherson, the state news agency RIA Novosti reported, as Moscow looks to extend control over the occupied southern city.

Since seizing Kherson in early March, Moscow has sought to legitimize its control of the city and surrounding areas through installing a pro-Russian administration, the U.K. defense ministry said in an intelligence update. Recent actions are likely indicative of Russian intent to exert strong political and economic influence in Kherson over the long term.

(5/5) Enduring control over Kherson and its transport links will increase Russias ability to sustain its advance to the north and west and improve the security of Russias control over Crimea.

Zelenskiy showed footage of the visit on his Ukrainian-language Twitter account early Sunday. Thank you for helping to protect the sovereignty and territorial integrity of our state! he tweeted.

The footage showed Zelenskiy shaking hands with Pelosi and other U.S. lawmakers, including Democrats Adam Schiff of California, Jason Crow of Colorado and Jim McGovern of Massachusetts. Our commitment is to be there for you until the fight is done, Pelosi said in the video.

Switching to Russian in his nightly video address, Zelenskiy urged Russian soldiers not to fight and instead leave his country. Every Russian soldier can still save his own life, he said. Its better for you to survive in Russia than to perish on our land.

The president said Moscow was accumulating additional forces, albeit with little motivation and little combat experience, for fresh attacks in the east. They built up reinforcements in the Kharkiv region, trying to increase pressure in Donbas, he said.

Some 20 women and children were evacuated from the besieged Azovstal steel plant in Mariupol on Saturday, according to Ukraines military.

In a video address on Telegram, the deputy commander of the Azov regiment, Sviatoslav Palamar, said he hoped the civilians would be transferred to Ukraine-controlled territory in Zaporizhzhya.

Earlier, the Tass news agency reported that about 25 civilians, including six children, had left the plant in what would mark the first significant evacuation from the giant industrial facility, the last pocket of resistance in Mariupol.

The United Nations has been trying to broker civilian evacuations in the port city. An estimated 2,000 Ukrainian military and 1,000 civilians, mostly women and children, remain holed up in Azovstal, which is surrounded by Russian forces and has been under heavy bombardment.

The Azovstal steel plant, site of the Ukrainians last military holdout, is also serving as a civilian shelter.

Multiple explosions were heard around Ukraines major Black Sea city of Odesa early Saturday evening, CNN reported, citing witnesses. The Ukraine militarys southern operational command said on its Telegram account that the runway at the citys airport had been damaged.

The office bombed in Dobropillya was the relief agencys eighth damaged or destroyed since the Russian invasion started Feb. 24, the Ukrainian Red Cross said on Twitter.

Donetsk governor Pavlo Kyrylenko said on Telegram that seven people including a child had been injured in the shelling of residential buildings.

Our office in Dobropillia (Donetska oblast) was bombed today. It was in one of 6 residential buildings that were damaged. Since February 24, 2022 it is the 8th office of @RedCrossUkraine, which has been damaged or destroyed. pic.twitter.com/bBt3K49r8E

interview with Chinas official Xinhua News Agency, Kuleba asked China to pressure Russia into making a truce. Kuleba said he believed the war wasnt in Chinas interests and asked Beijing to become one of the guarantors of Ukraines security.

The EU is set to

propose that Russian oil be banned by the end of the year, with restrictions on imports introduced gradually until then, according to people familiar with the matter.

The EU will also push for more banks from Russia and Belarus, including

Sberbank PJSC, to be cut off from SWIFT, the international payment system, said the people.

A decision on the new sanctions, the EUs sixth round of measures against Russia, could be made as soon as the coming week at a meeting of the blocs ambassadors.

French President Emmanuel Macron spoke by phone with his Ukrainian counterpart on Saturday, according to the French leaders office.

Macron renewed his commitment to Ukraines sovereignty and territorial integrity, according to the readout. He said that France will strengthen its support for Ukraine in military equipment and humanitarian aid.

Zelenskiy, on Twitter, said the pair discussed Ukraines path to EU membership and the investigation of war crimes.

I keep in touch with @BorisJohnson. Spoke about the situation on the battlefield and in the blocked Mariupol. Discussed defensive support for Ukraine and the necessary diplomatic efforts to achieve peace.

The head of Russias space program said Moscow has decided to pull out of the International Space Station, state media reported, a move its blamed on sanctions imposed over the invasion.

Well inform our partners about the end of our work on the ISS with a years notice, Roscosmos general director Dmitry Rogozin said on state television, TASS and RIA Novosti reported.

already threatened to end Russias ISS mission unless the U.S., Europe and Canada lifted restrictions against enterprises involved in the Russian space industry.

Dmitry Rogozin stands in front of the Soyuz MS-20 spacecraft at the Baikonur cosmodrome on Dec. 8, 2021.

With assistance by Ros Krasny Qatar Exports Surge as Demand for Gas Climbs on...

WhatsApp’s next update could make your status bar actually...

A former Colorado police officer who was accused of...

Nvidia might be losing one of its biggest GPU...

Fed May Opt for 50-Point Rise Due to Inflation,...

India to surpass China as most populous country in...

Reports of sexual assaults at US military academies increase...

National Guard expects to miss its recruiting goals by...

Actor Kevin Spacey due in London court charged with...

Best LG refrigerator deals at Amazon ahead of Amazon...

Champions League: Celtic ‘will get their rewards’ for displays...

Multiple southern California homes are engulfed by a fast-moving...

Pelosi leads Congressional delegation to meet with Zelenskyy in Kyiv