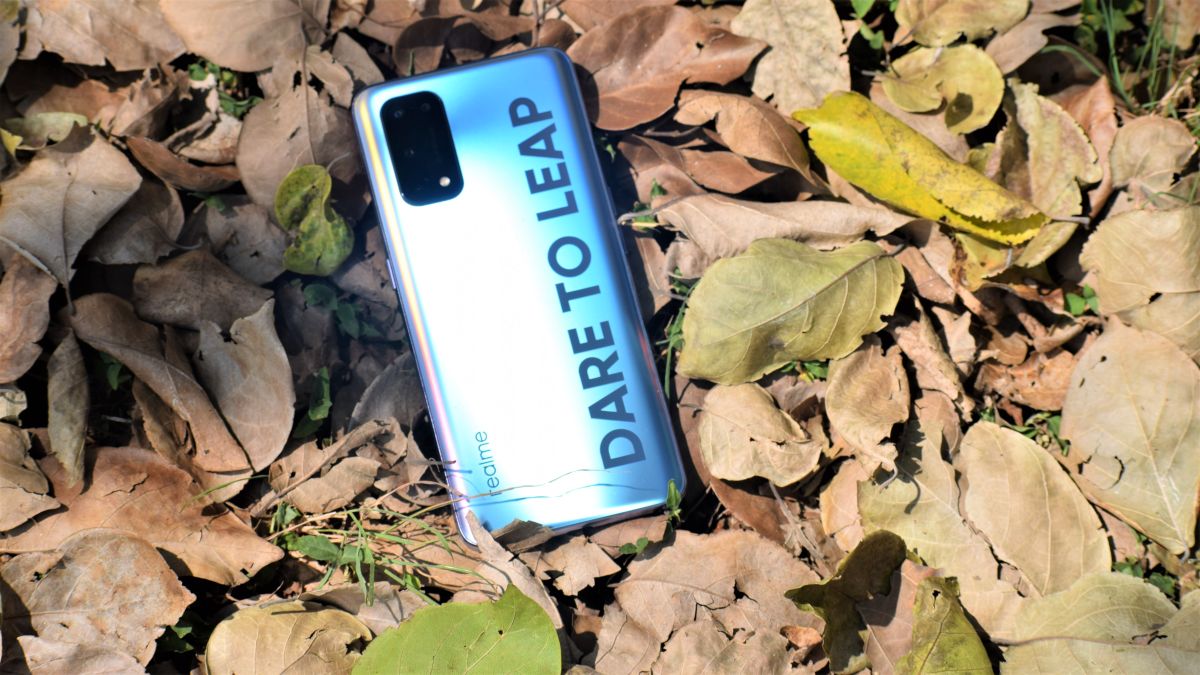 Realme X7 Pro is the latest device from the brand to receive Realme UI 2.0 early access based on Android 11. The early access program is basically open beta for Realme X7 Pro users who want to try out new features before it is made available for public rollout.

Realme has already provided the Realme UI 2.0 open beta for devices like Realme X2, X3, X3 SuperZoom, Realme 7 Pro, Realme 7i, and more. The Realme X7 Pro, although was unveiled in February 2021 – a good six months after the release of Android 11, was still running on Android 10 out of the box. Now, the company is rolling out the Android 11 beta to the Realme X7 Pro users across the country.

If you are an owner of the Realme X7 Pro device and would like to try out the Realme UI 2.0 early access based on Android 11, you can apply for the program from your device itself. Before applying, make sure you are on the latest version of Realme UI [RMX2121PU_11.A.14]. Once that’s confirmed, you can head to Settings > Software Update > Tap on the settings icon in the top right corner > Trial Version > Apply Now > Submit your details.

Once the applications are submitted Realme will go through them and select the eligible users and push the update. It is also worth mentioning that the applications are open to all Realme X7 Pro users and everyone who applies is not guaranteed to get Android 11 Open Beta. To prevent data loss, please backup your personal data before proceeding.

As always, this is the beta version of Realme UI 2.0 and there will be bugs that might affect the performance. And, it is also worth mentioning that if you have rooted your phone, you will not be eligible for the Realme UI 2.0 early access.

In case you want to go back to Android 10 later on, you will have to manually install it which also erases your data completely.

Dubbed the "people slayer", Giovanni Brusca has confessed to his role in more than 100 killings.
Read more

Two earthquakes have been recorded in Baltimore in the past three days, a notable occurrence for a city that rarely reports quakes at all....
Read more

The U.S. Agriculture Department (USDA) said Thursday that the ransomware attack on meat conglomerate JBS SA is unlikely to cause major disruptions but exposed the risks created by food industry consolidation....
Read more

Calendar: Week of November 17 "Sunday Morning" takes a look at some notable events of the week ahead. Charles Osgood reports.
Read more

Jayapal says of bill negotiations Democrats “will get it...

On "The Takeout" podcast this week, the chair of the House Progressive Caucus joined Major Garrett to talk about the fate of two bills containing much of Biden's agenda.
Read more

New Pokémon Snap relies too heavily on nostalgia and hopes you have an unhealthy obsession for taking pictures of cute and cuddly Pokémon.
Read more

The University of Notre Dame Strives For Gold (Podcast)

There is a rule, called Regulation FD, that says that U.S. public companies cannot selectively disclose material nonpublic information to some analysts or investors without disclosing it publicly. So a chief executive officer can’t meet with a big mutual fund…
Read more

Authorities in Chicago responded Sunday evening to a train collision with a pickup truck on the city’s South Side that resulted in the deaths of three individuals inside the truck, including a child.
Read more

The Biden administration and allies in the states are combating vaccine hesitancy among older Americans, one person at a time
Read more

Comedian Dave Chappelle's latest Netflix special is again receiving mixed to negative reviews from liberal critics, which might not come as a surprise to him given the tone of the set.
Read more

A Florida chiropractor has reportedly signed more than 500 medical exemptions for parents who want their children to opt out of the new mask mandate issued by Sarasota County, one of several defying Gov. Ron DeSanti...
Read more

Jurgen Klinsmann and Danny Murphy give their thoughts on the upcoming last 16 fixture, between England and Germany on Tuesday 29th June. Could it really end in another penalty shootout?
Read more

The number of casualties is unclear.
Read more

Worcestershire complete their first County Championship win of the summer by beating Derbyshire by an innings and 23 runs.
Read more

How 3D printing could help save Hong Kong’s coral

A co-founder of the Platinum Partners hedge fund firm was sentenced on Tuesday to seven months in prison for his role in a bribery scheme involving the once-powerful head of New York City's correction officers' union.
Read more

Four NFL teams have less than a 50 percent COVID-19 vaccination rate, according to The Associated...
Read more

A woman has learned a little more about her late grandmother now that she’s gone through a 73-year-old scrapbook of her grandma’s former beaus.
Read more

Sidney Powell argues in new court filing that no...

Right-wing lawyer Sidney Powell is claiming in a new court filing that reasonable people wouldn't have believed as fact her assertions of fraud after the 2020 presidential election.
Read more

Over the Borderline (Podcast)

Good morning and welcome to Fox News First. Here's what you need to know as you start your day Senate passes bill requiring the...
Read more

Charles Osgood looks at some notable events of the week ahead, including the Academy of Country Music Honors ceremony in Nashville, and President Obama's eight-day trip to China and Laos.
Read more

Here’s how to reserve the Samsung Galaxy Z Fold...

You can now reserve the Samsung Galaxy Z Fold 3 and anyone in the US will get a host of incentives for doing so.
Read more

Chinese ride-hailing firm Didi sued in US as shares...

The lawsuits come after a crackdown by Beijing triggered a slump in its share price of more than 20%.
Read more

Standing at higher than 21m in the Danish town of Blokhus, it is even decorated with Covid particles.
Read more

A Florida man has been arrested for stealing nearly 200 ventilators that were meant to help critically ill COVID-19 patients in El Salvador.
Read more

Critics of Brazil’s president being targeted by security law

Police in Brazil are starting to employ a dictatorship-era national security law against critics of President Jair Bolsonaro, while lawyers and activists rally to provide them with legal help and accuse the government of trying to silence dissent
Read more

What happened to the military equipment left in Afghanistan?

The announcement came as deaths linked to the coronavirus in India passed 300,000.
Read more

Welcome to Friday’s Overnight Health Care. Anthony Fauci has probably done hundreds of interviews in the past year, but we are most excited to watch him talk with former NFL running back Marshawn Lynch—  aka "Beastmode."
Read more

Former White House Chief of Staff John Podesta on Wednesday sent memos to Democratic lawmakers telling them they would risk losing their Senate and House majorities if they failed to reach an agreement on their reco...
Read more

Construction was stopped this week after officials discovered the 58-story building sank another inch in the past month.
Read more

Looking to the past to secure America’s clean energy...

Combating climate change is a tall order. But given how far we’ve come in my lifetime, I am optimistic. One thing I know is the future for American clean energy is almost limitless — so long as we keep working together.
Read more

The singer posted footage of her flying a plane after a judge suspended her father as conservator.
Read more

The Chinese government, along with U.S. allies in Europe, continues to support a return to the 2015 nuclear deal with Iran.
Read more

LG could sell thousands of rollable OLED TVs despite...

The LG Rollable OLED TV is now on sale in a few regions at an astronomical price, but market analyst Omdia predicts we'll see some real interest in the luxury television set.
Read more

A group of young people scale the outside of a building to rescue a family from a fire in Nantes.
Read more

Robert Pattinson is vengeance in new The Batman trailer

Gun waiting periods rare in US states but more...

CDC warns on uptick in RSV cases after low...

The Centers for Disease Control and Prevention (CDC) national surveillance system has noted an uptick in the number of respiratory syncytial virus (RSV) cases detected in the U.S. over the last several weeks, noting that the illness can be associated with sev…
Read more

ON-3×3 basketball at the Tokyo Olympics – Reuters

Focus on 3x3 basketball at the 2020 Tokyo Olympics:
Read more

A look at the day ahead from Danilo Masoni.
Read more

Netflix drama The Crown and Apple TV Plus comedy Ted Lasso were the stars of the Emmy Award.
Read more

Turkish Inflation Rose for a Seventh Month Amid Lira...

Fifa and players' union Fifpro call on governments to arrange the emergency evacuation of female footballers in Afghanistan.
Read more

Hey all, it’s Kurt. Donald Trump built his presidency on platforms like Facebook, Twitter and Google’s YouTube. But times have certainly changed. On Wednesday, Trump sued all three companies, and their respective chief executive officers, claiming they violat…
Read more

Gurkha veterans say they will starve themselves to death if they do not get pensions equal to British soldiers.
Read more

The women possibly at higher risk for Covid-19 that...

Last July, when her immediate family tested positive for Covid-19, Breanna Aguilar did not fit into any groups considered at higher risk for severe disease.
Read more

Chelsea manager Thomas Tuchel says his side need to improve their level despite their 3-0 victory over Tottenham in the Premier League.
Read more

NFU Scotland says it is worried about the deal's impact on farmers and crofters, as well as other sectors.
Read more

HBO Is About to Lose 5 Million Customers. It’s...

The streaming service is ending a deal with Amazon that was useful in the early days of streaming, and a headache now.
Read more

Corporate executives and lobbyists say they are confident they can kill almost all of these tax hikes by pressuring moderate Democrats in the House and Senate.
Read more

Robert Dallek, author of "Franklin D. Roosevelt: A Political Life," Ron Chernow, author of "Grant," Nancy Koehn, author of "Forged in Crisis," and Mark Updegrove, author of "The Last Republicans," sit down for a discussion about their works which examine lea…
Read more

A man and woman were arrested in Maine following the discovery of cocaine disguised as a cake in their vehicle, according to the Maine Drug Enforcement Agency.
Read more

The state legislature is expected to vote later Monday on a congressional map that would draw four districts for Democrats, one for Republicans and one potentially competitive seat.
Read more

The development comes as extradition hearings for Huawei's Meng Wanzhou are winding down in Vancouver.
Read more

Celebrity birthdays for the week of Aug. 29-Sept. 4