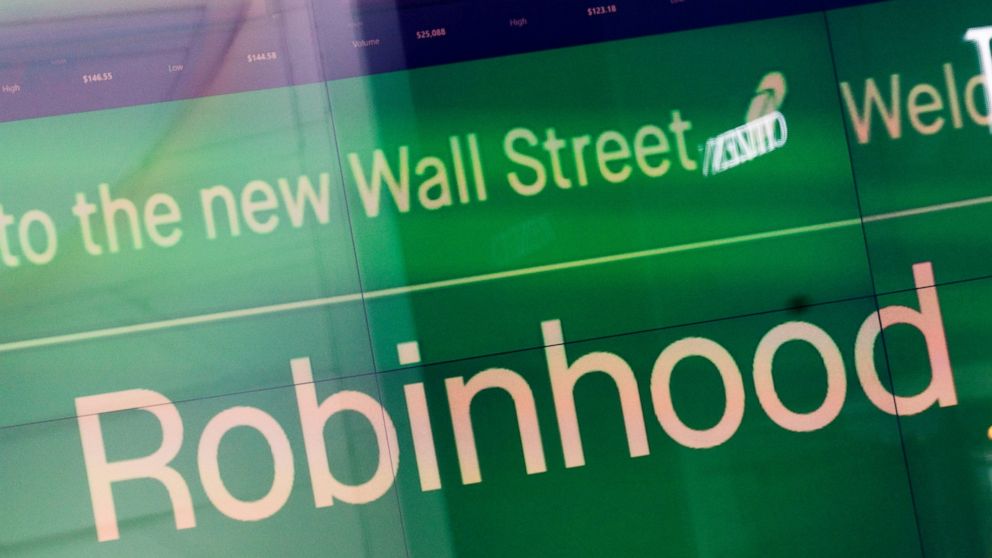 NEW YORK — Growth slammed into reverse at the start of this year for Robinhood Markets, whose trading app has turned millions of people into investors for the first time.

The company said Thursday that it took in $299 million in revenue during the first three months of the year, down 43% from a year earlier. It also reported a loss of $392 million, or 45 cents per share.

Both a drop in revenue and a net loss were expected for the quarter. But the results were worse than Wall Street analysts had forecast: a loss of 38 cents per share on revenue of $354.6 million, according to FactSet.

Growth has been flagging for Robinhood since a powerful surge during the early part of the pandemic, through the meme-stock craze and a surge for cryptocurrencies into the first half of 2021. At its height, the growth was probably impossible to replicate.

Robinhoods business does best when people use its app to trade often, whether its stocks or crypto, because it makes money by routing their orders to market makers and big trading firms.

Trading has become tougher on Wall Street as stocks have been falling this year due a range of worries. Chief among them is a sudden surge in interest rates as the Federal Reserve fights to beat down high inflation.

The S&P 500 fell 9.1% during the first three months of the year for its worst quarter since the pandemic-induced crash of early 2020. The losses have continued in April, with many of the Big Tech stocks popular among younger investors turning in some of the worst performances. Such younger, first-time investors are a big part of Robinhoods customer base.

Robinhoods own stock has struggled this year, recently falling below $10 after briefly touching $85 shortly after its stocks debut on the Nasdaq in the summer of 2021. It rose 6.1% Thursday to close at $10.09, before Robinhoods results came out. But shares dropped more than 8% in after-hours trading.

Wall Street is still looking for Robinhoods losses to continue to moderate, and its forecasting revenue will grow on a year-over-year basis in the second half of this year. Thats when Robinhoods numbers will no longer be getting compared against the frenzy generated by GameStop and dogecoin from early 2021.

Chris Kirkland on his addiction to painkillers: ‘You become...

The best rated juicers and juicer deals to get...

Drivers stranded as long as 24 hours on icy...

Chinese court rules against unmarried woman who wanted to...

Technology Can Fix the Climate Mess—but Not Without Help

Gender Is Determined at Birth, Say a Growing Number...

Payments Startup Affirm Teams Up With Fiserv in Latest...

Larne: Man in his 30s dies in bonfire building...

Man dies after falling from cliffs in Orkney

Kentucky floods: ‘More water than any of us have...

From Pandemic to ‘Sansdemic’: Major Impacts on Higher Ed...

Adler’s Loan to Itself Spurs Funds to Seek Ways...

How exposure to racism impacts the brain

It’s a gold rush for lobbying firms with Biden...

Three-Year-Old Becomes Seventh Child to Die In a Hot...

Biden admin struggles to calm the Democratic storm over immigration