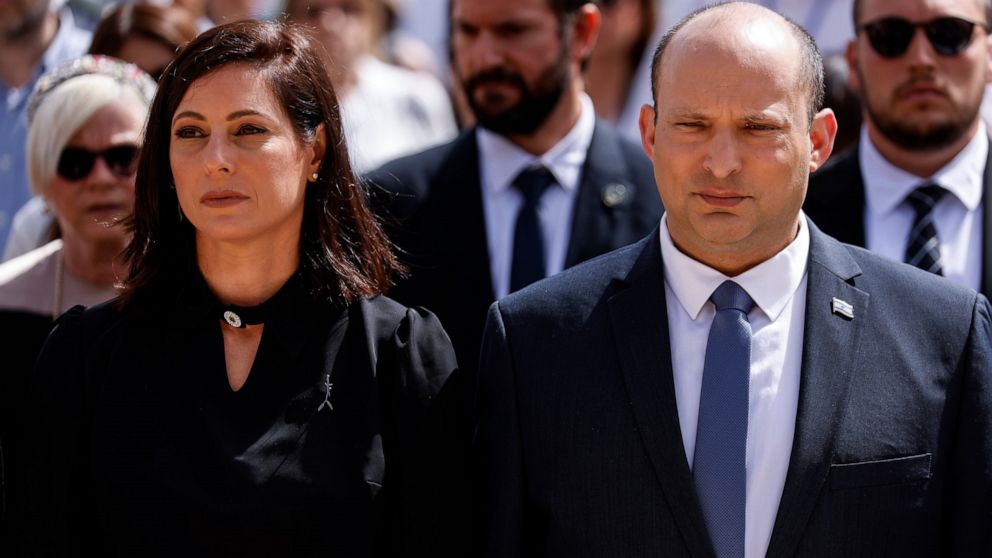 JERUSALEM — Israeli police said Thursday the family of Prime Minister Naftali Bennett has received a death threat and bullet in the mail for the second time this week.

Israeli media say the target of the threats was Bennett’s 17-year-old son.

My brothers and sisters, we cannot, we simply cannot allow the same dangerous gene of factionalism dismantle Israel from within, Bennett said in Wednesday night’s ceremony, broadcast on national TV.

Bennetts speech, coming on one of Israels most solemn days of the year, came in a deeply personal context. Just a day earlier, his family received a letter with a live bullet and a death threat. Israeli authorities tightened security around the premier and his family and were investigating.

That prompted his son oldest son Yoni to write on Instagram how upsetting the episode had been.

Its just sad to see that real people write such horrible things, he said. To think that he lives and breathes like me but has a brain that was created by the devil is crazy.

Israeli media said Yoni, who is 17, was the target of Thursday’s threats.

Bennett leads a narrow coalition that recently lost its parliamentary majority. His government is made up of eight parties that have little in common beyond their shared animosity to former Prime Minister Benjamin Netanyahu, and Netanyahu, now the opposition leader, has worked hard to deepen divisions within the coalition.

Bennetts government was formed after four inconclusive elections, underscoring the fissures in society over key issues, including the conflict with the Palestinians and relations between religious and secular Jews. Tory leadership: Who gets to choose the UK’s next...

USDA getting tougher on salmonella in chicken products

Learning From India’s Missteps on Delta

Tory leadership: The two finalists have just weeks to...

Russia would consider gas transit via Ukraine beyond 2024...

The world’s most incredible rail journeys

Latino Founders Have a Hard Time Raising Money From...

Labour will not do post-election deal with SNP, says...

UK pledges missiles to Ukraine; new US ambassador in...

Would you sacrifice EV range for new tech? Tesla...