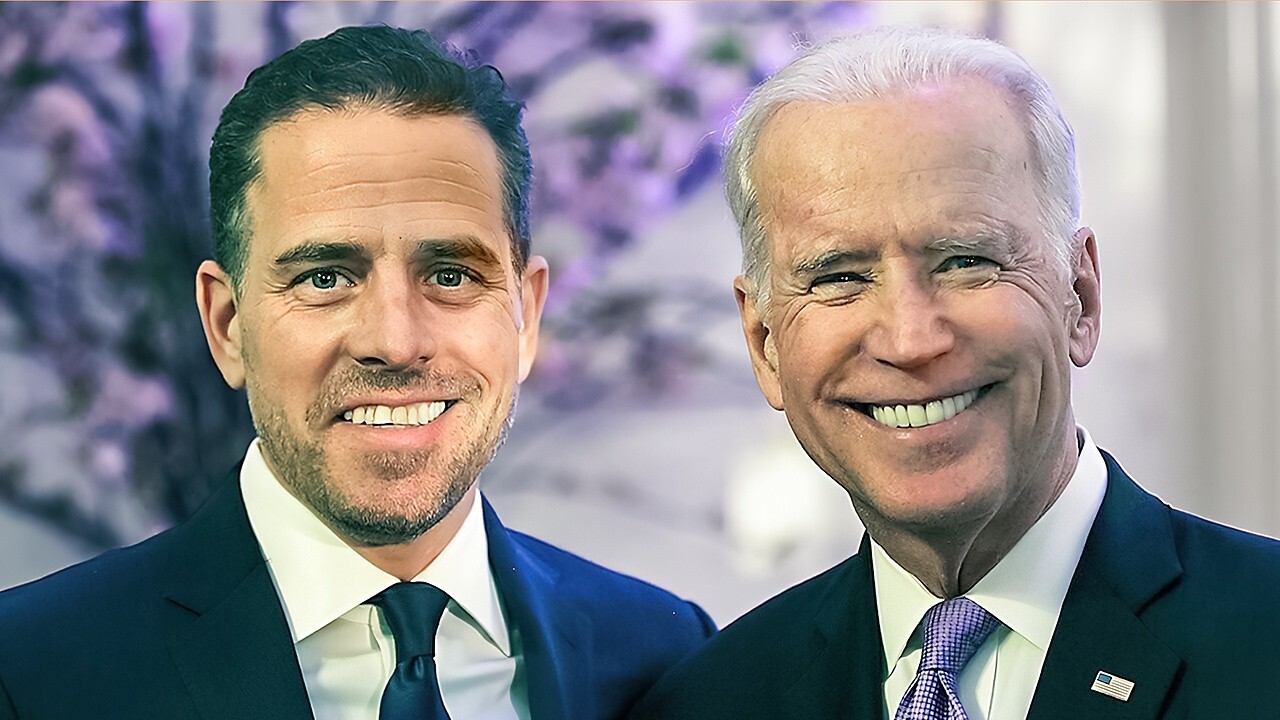 Whats your passport number? Why are we asking? Because we need to know everything there is to know about your travel to and contacts with foreign countries and foreign nationals.

Have you lived abroad? Do you have relatives who have lived and worked abroad? Your father, mother, brother, sister, or child? Oh, really? In what countries? What kind of work? Who are their business associates?

Pretty nosy questions, right? Well, no, not really. They are actually just the tip of the iceberg for any American who wants to work in a national security position in the United States government.

Hunter Biden, the son of President Joe Biden, speaks to guests during the White House Easter Egg Roll on the South Lawn of the White House, Monday, April 18, 2022, in Washington.

It is worth bearing this in mind as we watch the spectacle of Attorney General Merrick Garland dodging Congresss questions about an ongoing criminal investigation that implicates several members of the Biden family, including President Joe Biden himself.

In deflecting Senate questions about why a special counsel has not been appointed under circumstances where there is a neon-flashing conflict of interest, the administration acts as if this is just a narrow problem, involving only the presidents troubled son Hunter and what he deceptively refers to as his “tax affairs.”

But Hunter and his potential tax evasions are the least consequential part of the probe. What matters is that corrupt and authoritarian regimes poured millions of dollars into Biden family coffers, clearly expecting to gain access to Joe Biden in his various top government positions. They were not after the erratic Hunters business acumen; they were after political influence.

The American people are entitled to a thoroughgoing and credible probe of the Biden familys foreign ties and lucrative foreign financial arrangements. We need to know what the foreign actors many tied to notoriously corrupt governments, and to authoritarian, anti-American regimes believe they have bought.

We are talking here about an extensive and suspicious foreign network around the president of the United States, the man with the most significant national-security duties in our country, and thus the official whose vulnerability to blackmail and compromise could be the most damaging to American interests. But while administration officials bristle when such commonsense observations are made, we would easily grasp the threat if we just consider what we put ordinary Americans through.

Dont take my word for it. Have a look at Standard Form 86, which the United States government requires to be completed by anyone who seeks even a low-ranking national-security job, one with responsibilities that barely register compared to the presidents.

As you skim through SF-86, bear in mind the Biden administrations implausible claim that the Justice Departments investigation is only about Hunter, and that the sons foreign financial dealings have nothing to do with the president.

Put aside that this is false that we already know President Biden met with his sons foreign partners, discussed his sons business affairs, and (according to Tony Bobulinski, a participant in one of the China deals) may have profited personally, albeit indirectly. The rudimentary fact is: When it comes to the intersection of foreign contacts and national security, our government presumes that American interests can be damaged not only by direct foreign influence on a government official but by foreign influence on the officials close family members.

Are you or your spouse bound to any foreign nationals by “affection, influence, common interests, and/or obligation”? Thats just the beginning of what SF-86 compels applicants for national security jobs to disclose. Who are those foreign nationals, and how do you know them? How frequently do you have contact with them? What is the nature of your relationships with them? Are there business and/or financial ties between you and foreign nationals or foreign entities? Do they pay you? Do you pay them, or owe them some reciprocal obligation? What are the names of these foreign nationals? Would you list for us the companies they work for and whether they have other foreign business or financial relationships?

Because of the patent stakes for national security, the government requires applicants to reveal wither they, their spouses, or any members of their immediate families have “been asked to provide advice or serve as a consultant, even informally, by any foreign government official or agency?” And not just foreign governments the form probes services provided to any foreign national at all, particularly foreign nationals who have contacts of some kind with foreign governments just as Hunter Bidens business contacts had relationships with the regimes in China, Russia, Ukraine, Mexico, and so on.

Oh, and imagine the Bidens having to answer this one: Have you, your spouse or your children “EVER had any foreign financial interests (such as stocks, property, investments, bank accounts, ownership of corporate entities, corporate interests or exchange traded funds (ETFs) held in specific geographical or economic sectors) in which you or they have direct control or direct ownership?” (Emphasis in original.)

What matters in the Biden probe is not whether Hunter failed to pay his taxes. It is what kind of foreign financial entanglements may compromise the sitting president of the United States, and what foreign actors have reason to believe they can exert influence on him. If President Biden were just an average American seeking a government job that had any national-security implications, we would understand this implicitly.

“Stop the Steal” organizer testifies before grand jury in...

Rhossili rip tide sweeps surfers out to sea on...

The Rural Hispanic County that Might Save Henry Cuellar

Dog the Bounty Hunter Is Set to Become a...

Shanghai Will Lock Down 16 Million in Toughest Virus...

The White House just put out a baffling polling...

Sony’s PS Plus classics fix has only made things...

Maryland voters head to the polls for primary day

Havana Syndrome may be caused by ‘pulsed energy’

Texas Salaries Are Climbing, Closing the Gap With Silicon...

War in Ukraine, pandemic leads to higher cost of...

Moon Knight’s weekly releases are ruining the Disney Plus...

5 things to watch at the MassGOP convention

Biden proposes $81.7 billion in spending to prepare for...