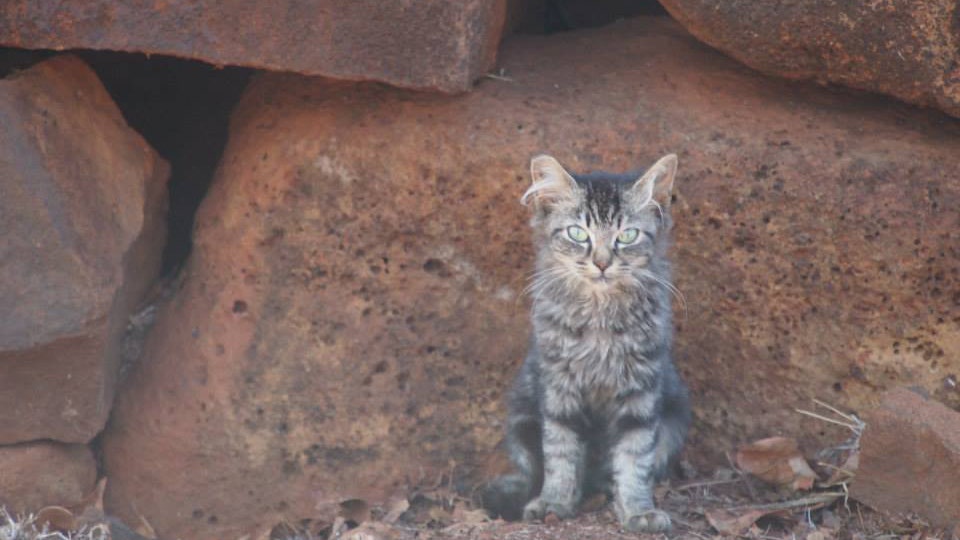 Plenty of cats may look cute and cuddly but the strays in Hawaii are doing more damage there than many people realize, according to experts.

The majority of wild and feral cats throughout the Hawaiian Islands tend to hunt certain protected species of wildlife; plus, they spread disease.

Experts at Hawaiis Department of Land and Natural Resources (DLNR) are cautioning visitors against interacting with the cats. The aquatic divisions Ryan Jenkinson, PhD, shared in an interview with Fox News Digital exactly how the cats are harming Hawaiian wildlife.

HAWAII’S THREATENED SPECIES: WHAT TO KNOW ABOUT PROTECTED WILDLIFE ON THE ISLANDS

“They are incredibly destructive animals to the native species in Hawaii,” he said.

Since Hawaiis species evolved without the threat of predators, a lot of the animals Hawaiian monk seals included are not equipped with defense mechanisms to ward off predatory cats.

Cats dont hunt or harass monk seals, but theyre still a primary suspect in seal mortality, due to toxoplasmosis. This disease is transmitted through oocytes found in feline feces, which wash down into the streams and eventually the ocean, Jenkinson noted.

“Cats are amazing predators of wildlife,” said Josh Atwood of the forestry division.

“The parasite, for some reason, really reacts strongly with marine mammals,” he said. “It has a disproportionate effect on monk seals The worst part about it is, it seems to target females, especially pregnant females.”

A cat relaxes on a storefront windowsill in Hanapepe on the island of Kauai, Hawaii, on Dec. 14, 2012. (Photo by Wolfgang Kaehler/LightRocket via Getty Images)

Humans can also contract toxoplasmosis through increased exposure to cats, which the expert said has a “legitimate” impact on brain function.

HAWAII’S HIDDEN TREASURES INCLUDE THESE HISTORIC WAR MONUMENTS IN OAHU

Meanwhile, DLNR forestry divisions Josh Atwood confirmed that some seabirds that nest on the ground are being attacked.

“Cats are amazing predators of wildlife,” he said. “Even fed cats have an instinct to hunt wild animals.”

The department has captured footage of cats slinking into bird burrows to hunt.

The expert added that toxoplasmosis harmful to marine mammals can infect birds as well.

It might be difficult to ignore large groups of adorable-looking cats when visiting Hawaii, but the two experts agreed that feeding and nurturing the cats will only worsen the issue and further the spread of disease.

“Its so hard because you dont realize that by giving them food, letting them continue to reproduce theyre having this huge impact on our native species here,” Jenkinson said.

“It is a really hard subject because people really love their cats.”

“Cats in sanctuaries go visit them, pet them,” Atwood said.

“Just a suggestion for people visiting: Dont feed the cats,” he added. “If you want to take them home with you awesome.”

For visitors who would like to be affectionate in a “safe space” with Hawaiis cats, Lanai Cat Sanctuary allows tourists to interact with cats in a protected enclosure.

The private, non-profit organization, recommended by Atwood, is located on the island of Lanai and makes an effort to separate the cats from the outdoor areas inhabited by native species.

“Cats in sanctuaries go visit them, pet them,” Atwood said. India return on mind, Karthik continues to sizzle for...

Review: Sheila Heti offers a story strained by the...

DEA zeroes in on China as fentanyl deaths soar

White House gets set for cautious pivot on pandemic

Dwayne Haskins honored at NFL Draft with moment of...

From the Arctic to flying the flag for Selkirk

Detroit woman shot at her own kitchen table by...

Rural areas held back by housing and infrastructure woes,...

Syrian fighters ready to join next phase of Ukraine...

How much do abortions cost in the U.S.?

The life of a CIA shadow warrior

‘I’m under no illusions,’ says British soldier in Ukraine,...

Girlpool, A Band Defined By The Unity Of Two,...