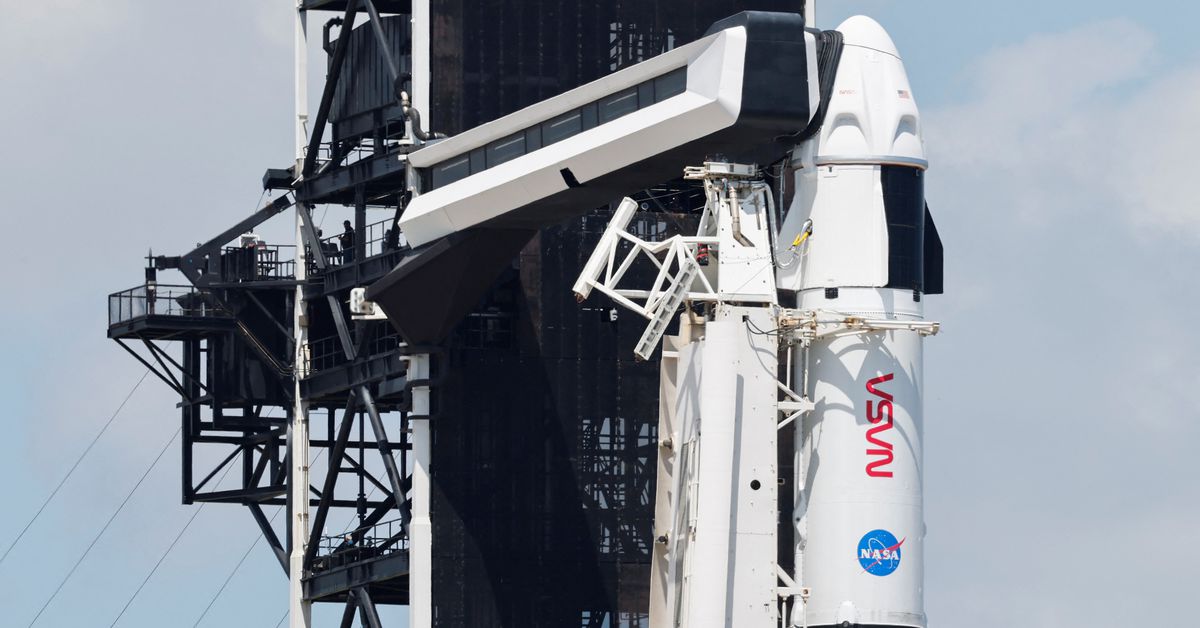 The SpaceX launch vehicle, consisting of a two-stage Falcon 9 rocket topped with a Crew Dragon capsule dubbed Freedom, lifted off with its crew of four at 3:52 a.m. EDT (0752 GMT) from NASA’s Kennedy Space Center in Cape Canaveral, Florida.

If all goes according to plan, the three U.S. astronauts and a European Space Agency (ESA) crewmate from Italy will reach the space station after a 17-hour flight and dock around 8:15 p.m. EDT (0015 GMT Thursday) to begin a six-month science mission orbiting some 250 miles (420 km) above Earth.

The liftoff was carried live on a NASA webcast, which showed the Falcon 9 ascending from the launch tower as its nine Merlin engines roared to life in billowing clouds of vapor and a reddish fireball that lit up the pre-dawn sky.

The four astronauts were seen strapped into the pressurized cabin of their capsule and seated calmly in their helmeted white-and-black spacesuits moments before launch.

In all, SpaceX has launched six previous human spaceflights over the past two years.

Almost half of LGBTQ youths ‘seriously considered’ suicide in...

Taylor Hawkins had 10 substances in his system when...

Opinion: What Biden needs to get if MBS wants...

Harris in Selma: ‘We will not let setbacks stop...

Boy who was trapped in a well for four...

Buck, Aikman excited about ‘starting over’ with ESPN

All-terrain wheelchair: ‘My chair is my freedom’

Team GB curler Hugh Nibloe: From dominoes to the...

Opinion | The NRA Is Fracturing — While Its...

California bill seeks to make state a ‘refuge for...

Jack in the Box Worker Speaks Out After Being...

Uber Partners With Tesco for Fast Grocery Delivery in...

Biden administration to give out 400 million free N95...

Gutfeld: Some networks have nothing to brag about

Body in barrel in Lake Mead was man who...

Goodbye 3G, you helped make the iPhone what it...