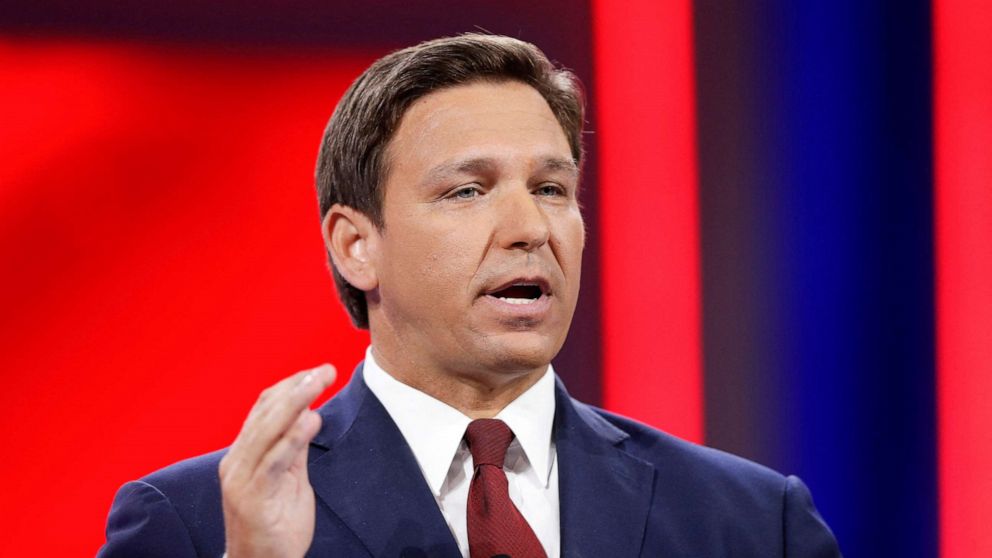 Textbook publishers say they have been left in the dark about why their mathematics books were rejected by the Florida Department of Education, with the state claiming the textbooks sought to “indoctrinate” students.

ABC News contacted the eight publishers who were rejected on the basis of “special subjects” — including critical race theory, a discipline often practiced in higher education that analyzes the role of racism in U.S. legal systems.

Several companies say they’ve not yet heard from the state about the reasoning behind the rejections or how they implemented said “special subjects” in their textbooks.

The Florida Department of Education says that since some content is copyrighted, it is unable to publicly release examples about the reasons textbooks were rejected. However, they released examples that were given to the department that show statistics on racism, mentions of social awareness and discussions on emotional learning frameworks.

Florida has rejected almost 41% of the textbooks submitted for the upcoming school year, the department said in a statement last week.

The state Department of Education says that 21% of all rejected books incorporated “prohibited topics” or “unsolicited strategies,” including apparent instances of critical race theory.

Some of the biggest textbook publishers in the country were included in the long list of rejections, including McGraw Hill, Cengage Learning, Savvas Learning Company — formerly known as Pearson K12 Learning — and Macmillan Learning.

Savvas has a long and successful track record of working with the Florida Department of Education to ensure that our instructional materials deliver high-quality, research-based pedagogy designed intentionally to align with the current Florida standards for mathematics,” a Savvas spokesperson told ABC News.

Several of the companies said they are not clear as to what needs to be fixed or how they broached “special subjects” against the state’s wishes.

“We were surprised and disappointed to learn that a statistics text from Bedford, Freeman & Worth Publishers (the Advanced Placement and 9-12 High School division of Macmillan Learning) was not on the approved list of titles from the State of Florida with no explanation,” the spokesperson said.

The spokesperson said the company’s “Statistics and Probabilities with Applications” textbook received “considerable demand from districts and schools throughout the state” and earned a high score of 4.6 out of 5 on Floridas Subject-Specific Standards Score.

Publishers now must appeal this decision, or revise the submissions to meet Florida’s expectations.

Some teachers may be limited in how many books they can choose from. From the latest list of approved books, grades K-2 teachers seemingly only have one book they can choose.

It seems that some publishers attempted to slap a coat of paint on an old house built on the foundation of Common Core, and indoctrinating concepts like race essentialism, especially, bizarrely, for elementary school students, DeSantis said in the announcement of rejected books.

ABC News’ Will McDuffie contributed to this report. Russia claims all troops gone from city in southern...

Ukraine war: The southern villages holding back the Russians

One D.C. ‘Monument’ firm sues another in lobbying trademark...

Social Security benefits to jump by 8.7 percent next...

Prince Harry is releasing a memoir in January with...

What is XBB? A new COVID strain is driving...

Samsung’s Galaxy Tab A8 has been slashed to its...

10 soldiers struck by lightning at Army base in...

Lions vs. Steelers: How to watch, listen, stream the...

After two years in development, Salesforce launches its web-based...

Man charged after sister awakens from coma dies in...

Hundreds of kids from east Ukraine stranded in Russia...

Brian Flores is making waves in the NFL. What...

The Taliban say a blast went off in a...

It’s the Economy, Stupid… or is it? (Podcast)

Labour urges Tories to back vote on fracking ban

The Morning After: Winamp, your old MP3 software of...

Why a Putin summit would be a huge risk...

Frasers Will Pay Its Incoming CEO $27 Million for Consultancy Work