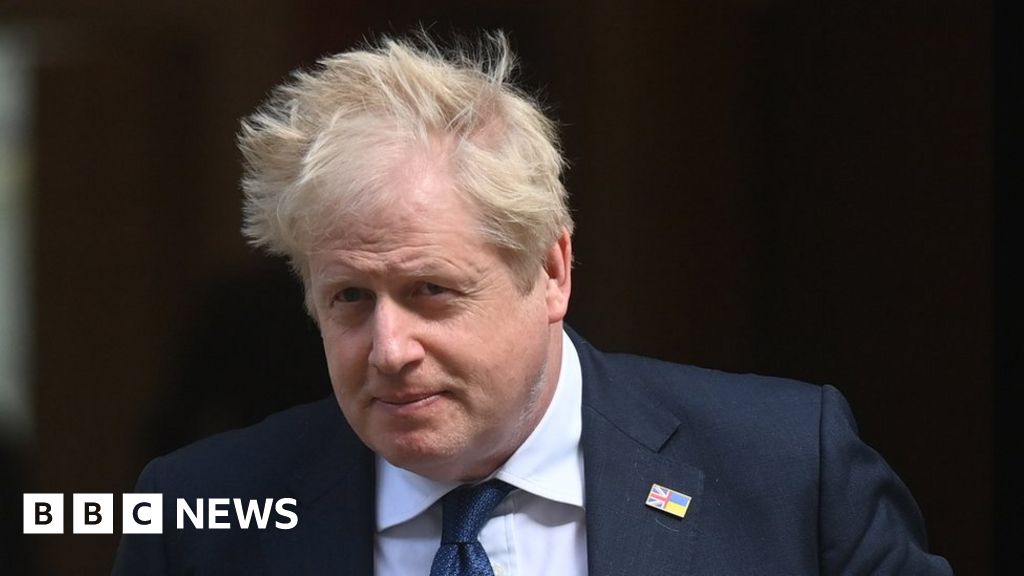 The government will attempt to delay a decision over an investigation into whether Boris Johnson misled MPs about lockdown parties.

MPs were set to vote on Thursday on a Labour plan for a Commons committee to investigate his past comments about Whitehall gatherings.

But ministers now say that vote should wait until probes by the Met Police and civil servant Sue Gray have concluded.

Some rebel Tory MPs were threatening to vote with Labour, or not at all.

Along with his wife Carrie and Chancellor Rishi Sunak, the PM was fined last week for breaking Covid laws at a June 2020 birthday party for him in No 10.

He had previously told MPs that no Covid laws were broken in Downing Street – leading opposition parties to accuse him of having misled Parliament.

Under Labour’s plan, the seven-member Commons privileges committee would have launched an investigation into the issue.

But the government has tabled its own proposal, saying a vote on whether they should investigate should wait until the police have concluded their investigations and Ms Gray has published her report.

Conservative MPs will be ordered to vote for it – meaning it is highly likely to pass given the government’s Commons majority. Reproductive coercion: ‘I wasn’t allowed to take my pill’

Avenatti to be sentenced for defrauding Stormy Daniels

Drop in Cannabis Prices Creates an Opportunity for Paraguay

Police: Gunman who opened fire at an Indianapolis-area mall...

SKorea to lift ban on NKorea TV, newspapers despite...

Biden Plan Would Block Pebble Gold Mine in Alaska’s...

Biden says NFL needs to live up to its...

Uvalde 11-year-old was avid runner, is remembered for energy

Pharmacy Worker Punched in Face as She Tries to...

Dublin Port Trade Changed ‘Significantly’ in 2021 Due to...

Review: ‘Ocean State’ a story of love, both good...

Cubans detained after landing in Florida as migration soars

The End Of Easy Money (Radio)

These parts of US are where Americans live longest...

Opinion: A negotiated peace is the only way to end Russia's war...