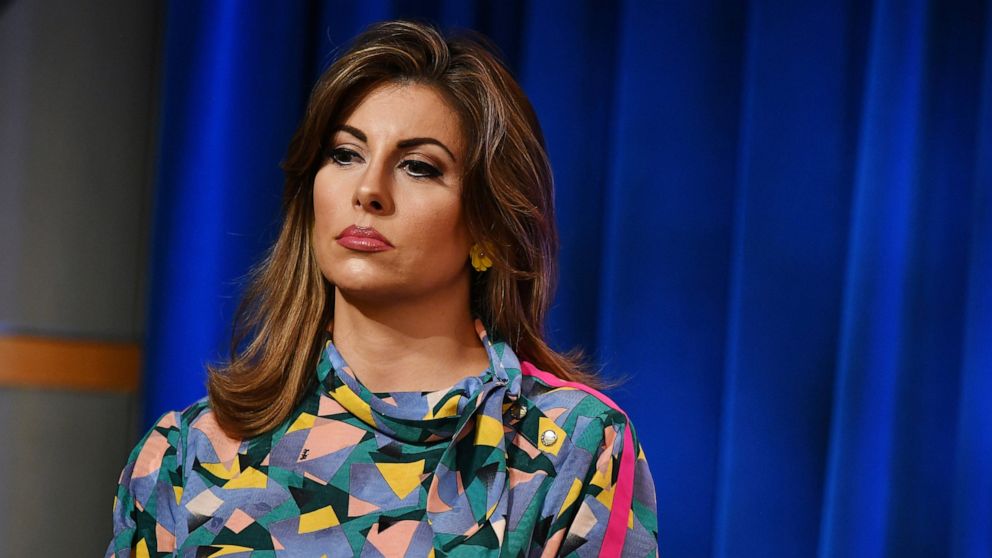 Even with Trump’s endorsement, some Republicans criticized the selection after pointing out that she had just recently moved to the state and did not know the region or its voters.

Tennessees Republican-controlled Legislature had sought to nudge Ortagus and others off the ballot by imposing residency requirements on most U.S. House and Senate candidates. However, that attempt fizzled after the state’s election office told The Associated Press the legislation which Republican Tennessee Gov. Bill Lee allowed to go into effect without his signature earlier this month would not apply retroactively to candidates who had already met the qualifications.

That left the decision up to the state Republican Party, who had received challenges over the voting records of Ortagus, as well as video producer Robby Starbuck and small business owner Baxter Lee. Party officials had until Thursday to decide whether to keep the candidates on the August primary ballot.

Tennessee GOP chairman Scott Golden did not immediately respond to request for comment from the AP.

In a statement, Ortagus said she was deeply disappointed in the GOP executive committee’s decision.

“As I have said all along, I believe that voters in Middle Tennessee should pick their representative not establishment party insiders, she said. Our team is evaluating the options before us.

Meanwhile, Starbuck tweeted out a short video with dark music that simply said war shortly after the party’s decision was revealed.

In Cuba they have sham elections where the party decides which candidates are allowed to run. Thats what we have in Tennessee now thanks to the State Executive Committee, he later said in a Wednesday statement. My family didnt come from Cuba just to watch America become Cuba. Not without a fight. Freedom matters.

Chip Saltsman, Baxter Lee’s campaign manager, described the decision a headscratcher and said Baxter Lee was a Republican through and through.

Saltsman said Baxter Lee was kicked off the ballot because the candidate had not voted in three of the last four Tennessee primary elections. However, Saltsman pointed out that Lee had voted in 10 of the last 12 GOP primaries while giving nearly $100,000 to Republican candidates.

Meanwhile, Republican state Sen. Frank Niceley they key sponsor of the legislation that sought to boot Ortagus and others off the ballot told NBC News that only Jewish members of Trump’s family will care about Ortagus getting kicked out of the primary. Ortagus is Jewish.

Niceley had recently sparked national criticism after seemingly praising Adolf Hitler on the Senate floor while discussing a homelessness bill.

Ortagus responded that Niceley should be ashamed of his repeated anti-Semitic rhetoric.

I will condemn anyone who traffics in this hate-mongering, she said in a statement. Senator Niceleys repulsive words could not be more clear in disparaging the Jewish people. This racism cannot stand.

Niceley claimed his words were taken out of context.

“Attempting to construe my off-hand comments about the Trump family as antisemitism is unfair and inaccurate, he said Wednesday.

The flurry of candidates have set their sights on Tennessees freshly drawn 5th District after Republican redistricting this year. The seat became open after Democratic U.S. Rep. Jim Cooper announced he would not seek reelection rather than run in a district that carved up Nashville, favoring Republicans in each of the three seats and making it impossible for him to win any of them, in his view.

On the Democratic side, state Sen. Heidi Campbell is seeking the 5th District seat.

Police: Suspect in slayings of 4 in Ohio arrested...

Airlines suspend US flights in response to 5G deployment

One of the most useful Microsoft Word features is...

Workers are actually far more obsessed with Slack than...

US Open: Andy Murray loses to Matteo Berrettini in...

Prince William ‘was absolutely sure’ Kate Middleton could handle...

US protections for Idaho salmon, steelhead are here to...

The new comedy “POTUS”: All the president’s women

Opinion | Why Even America-First Conservatives Should Back Aid...

War in Ukraine: Surrogate babies wait for parents in...

From Washington: The Debate To Expand NATO

Taiwanese fly and flop for fun in Red Bull...

Thirty of the Queen and Her Family’s Most Glorious...

US to Stop TSMC, Intel From More Advanced Chip...

Ukraine conflict: Meet the baby as old as the...