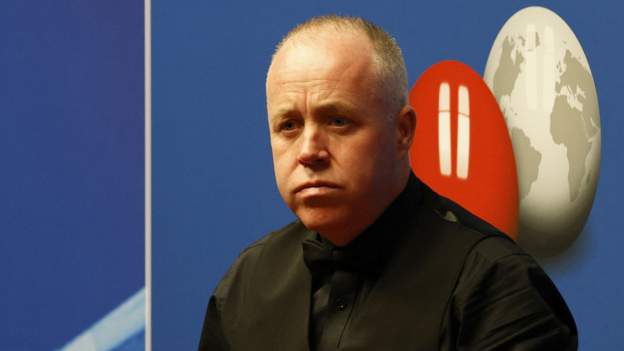 Four-time champion John Higgins was made to work hard for his 10-7 first round win over Thepchaiya Un-Nooh at the World Championship in Sheffield.

Scot Higgins had fallen 5-4 and 6-5 against Thailand’s Un-Nooh but showed his experience to go through.

He faces Belgium’s Luca Brecel or Thai Noppon Saengkham in the next round.

Judd Trump, the 2019 champion, begins his campaign against debutant Hossein Vafaei, the first Iranian player to compete at the Crucible Theatre.

Trump has had a mediocre season by his standards, winning just the Turkish Masters and Champion of Champions, and told BBC Sport he has fallen out of love with snooker.

Gutfeld: Government health agencies put their reputations over your...

Supreme Court could rule on Roe v. Wade on...

The Yellowstone galaxy just got bigger

Will Cain on ‘Outnumbered’: Biden has ‘lost the American...

Cornet makes it a birthday to remember with comeback...

Schools: Northern Ireland has ‘too many small and unsustainable’...

Tamron Hall show focuses on victims of ‘Someone They...

The Surprising Climate Cost of the Humblest Battery Material

Senator Ted Cruz walks away from interview after being...

All in the family: Dad, son, daughter earn master’s...