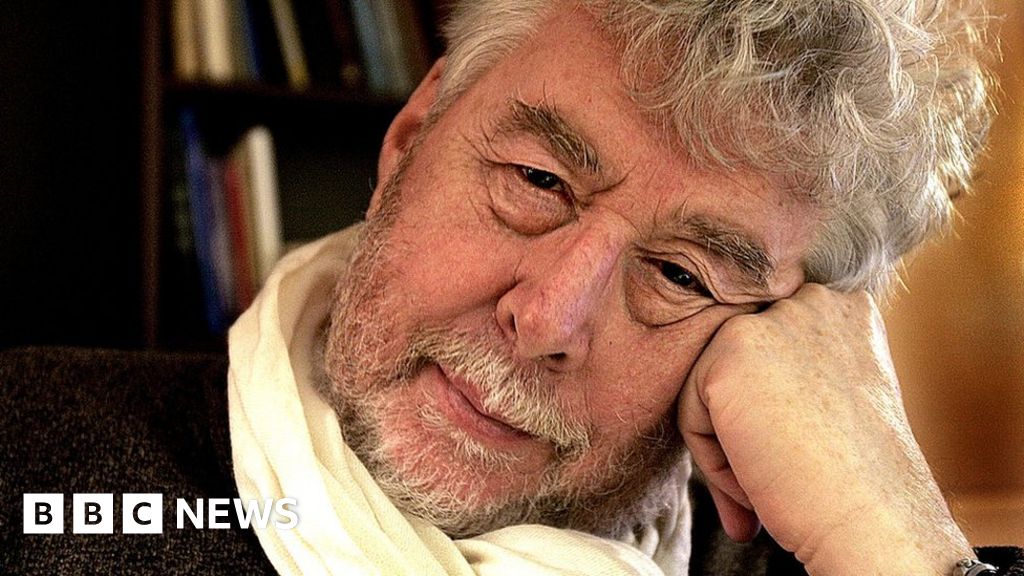 Acclaimed composer Sir Harrison Birtwistle has died at the age of 87, his publisher has confirmed.

He is perhaps best known for 1971 orchestral work The Triumph of Time, as well as operas The Mask Of Orpheus, Gawain and The Minotaur.

Publishers Boosey & Hawkes and agency Rayfield Allied announced with “deep sadness” that he died at his home in Mere, Wiltshire on 18 April.

The Royal Philharmonic Society called him “a true musical colossus”.

Image caption, John Tomlinson played the Minotaur in the Royal Opera House’s 2008 production of the opera

HIs music has featured in major festivals and concert series in Europe, the US and Japan, attracting international conductors including Daniel Barenboim and Sir Simon Rattle.

The Triumph of Time was commissioned and first performed by the Royal Philharmonic Orchestra in 1972, and is based on a painting by 16th Century Flemish artist, Pieter Bruegel, which depicts Time riding in a cart surrounded by skeletons.

The Royal Philharmonic added he had won five of its awards, and said: “His music shook the earth. There was force and potency in every note he wrote. We will listen in awe to his works for decades to come.”

London Symphony Orchestra said: “Sad news to hear today that one of the greatest British composers, Harrison Birtwistle, has died.”

I grew up being taken to Proms in the 80s where Harrison Birtwistle was often on the program.

His music disturbed and fascinated me. It spoke of deep, old things – a song of the earth I didnt fully understand as a teenager. But I enjoyed trying. Ill always be grateful for that

Sir Harrison, born in Accrington, Lancashire in 1934, studied composition and the clarinet at the Royal Manchester College of Music, where he met contemporaries including Peter Maxwell Davies, Alexander Goehr, John Ogdon and Elgar Howarth.

After selling his clarinets in 1960, he took a scholarship at Princeton University in the US, where he focused on composition and wrote the opera Punch And Judy. This work, along with Verses For Ensembles and The Triumph Of Time, established Sir Harrison as a leading light in British music.

By 1975 he was musical director of the Royal National Theatre in London, where he stayed until 1983.

Sir Harrison’s wife Sheila Duff died in 2012 and he is survived by his three sons and six grandchildren. Hurricane Ian: They stayed for the storm – what...

Rifle used by Kyle Rittenhouse to be destroyed

Liz Truss: What do voters in south London make...

Nurse convicted of negligent homicide after injection death of...

Mexico’s AMLO to Call on Biden for Cuba Inclusion...

911 for mental health is here. Officials are downplaying...

Browns vs Steelers live stream: how to watch NFL...

‘Pastor’ arrested after disabled people found locked in his...

The Formula Behind One Doctor’s Diet Empire

Buckle Up: Where Does Crypto Go From Here?

Sri Lanka presidential elections: Why India matters to the...

Apple TV Plus’ best new series renewed for a...

Missouri woman arrested after dogs die from being left...

Gov Abbott charges Biden is lying about efforts to...

School Board Defies Court Ruling of Discrimination Against Asian...

American journalist is killed in Ukraine

Exclusive: Here’s the OnePlus Nord 2T, and it has...

Amid new bombings, Ukraine now seen as a war...

Tyson Fury v Dillian Whyte: Don't treat me like a nobody