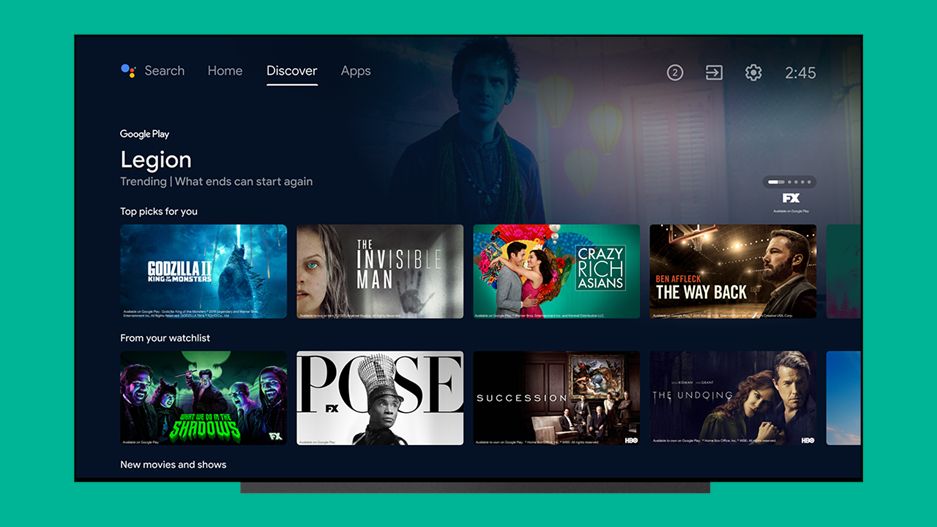 Most Android TV owners don’t think about version numbers or hunt down updates as slavishly as Android phone owners, but that doesn’t mean software tweaks aren’t humming along in the background. And the latest is around the corner: Android TV 13 – based on the same Android 13 software powering your handheld – is coming soon, and it offers several key improvements to your couch experience.

According to a deep dive on the forthcoming operating system, which reads like an unofficial user’s guide to the new OS, Android TV 13 will include several new features. TechRadar has reached out to Google for confirmation of the feature list, but given the links back to Google’s developer site and the source (the author, Mishaal Rahman, is the former editor in chief of the XDA Developers site), we tend to believe it.

First, there’s an expanded picture in picture mode, allowing developers to create PiP windows of custom aspect ratios, as well as the ability to dock those new windows. Imagine tuning to a live event, and a second window pops up, smaller and pinned to the corner, with live commentary on the event. Or a tiny pop-up window with running stats on a sports event.

Second, there’s a new “low power standby” mode coming to Android, which Rahman suggests might have implications for owners of televisions powered by Android OS. Indeed, “This feature is intended for Android TV devices and is disabled by default on other configurations,” he notes. Why? The mode apparently disables network access except during specified “doze maintenance” periods, ostensibly preventing your set from waking randomly and making your TV more efficient.

The features could well be unveiled during Google I/O, coming May 11 and likely to spotlight the forthcoming Android 13 operating system.

While the changes are relatively limited, it’s good to see improvements coming to Android TV, which powers an enormous number of televisions and has tremendous untapped potential.

That said, the limiting factor for today’s TV audience isn’t so much the operating system as it is the chips powering your TV. Even the most beautiful screen out there – and we’re looking at you, Samsung S95B – will frustrate the heck out of a user if it’s being driven by an outdated, underpowered CPU.

Increasingly, it’s the chips that power our entertainment devices that we need to look out for, and not just the caliber of the screen technology or the version number of the set. Besides, updates to Android TV suffer from the same manufacturer dependency that phones do. You won’t simply receive Android TV 13, in other words, even if you do a manual search for it. Your set provider has to vet it and push it to your television.

Still, new features mean your next set will be even better than today’s, right? So browse the best TVs out there without fear: the wheels of progress keep on rolling, don’t they? Jamie Lynn Spears says she “took no steps” to...

Former deputies admit to stealing from Tornado-damaged store in...

Hundreds of workers on strike at Chevron plant in...

Pep Guardiola: Manager will not ‘betray’ Man City when...

AG Garland says he will not be pressured by...

‘A great sense of humour’: But what makes the...

Boris Johnson: Voters are furious so PM must go,...

Biden: Russia should be removed from G-20

Synopsys Probed on Allegations It Gave Tech to Huawei,...

President Biden prepares to travel to Europe for NATO...

The End of Ghibelline Europe

Drug deaths: Right to Recovery Bill to be lodged...

Two people are missing after vicious wildfire wipes out...

Explainer: Why the U.S. stock market is tumbling in...

A mystery hacker is smuggling data out of private code repositories, GitHub...