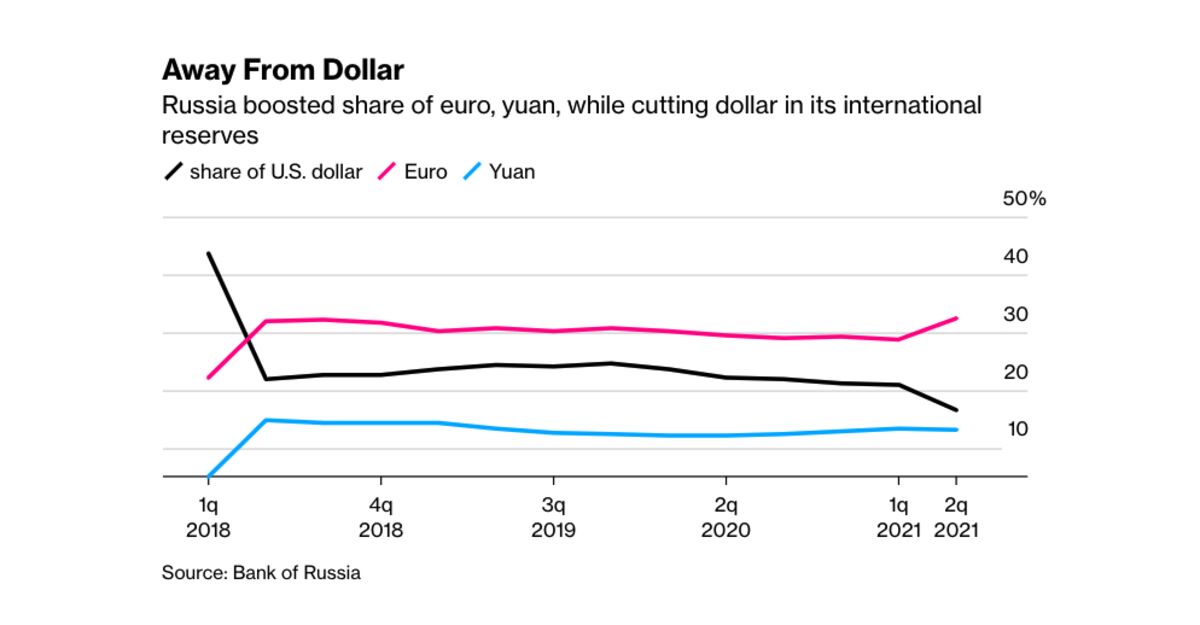 Russias central bank conceded its found no clear alternatives to the worlds major reserve currencies after sanctions over the war with Ukraine left it in possession of only yuan and gold.

Before the invasion, the Bank of Russia spent years reducing exposure to the dollar, bringing its share to just under 11% at the end of last year. But more than a third of the total was in euros — on top of additional investments into currencies such as the British pound and yen — making it possible for international governments to seize about half of the stockpile in retaliation for President Vladimir Putins attack. Gina Raimondo selected as State of the Union designated...

In the shadow of war, the Jackson hearings seem...

Scientists Unveil the Most Accurate Virtual Representation of the...

Armando Broja: The Ronaldo-inspired youngster who is soaring at...

Pilot dies after plane crashes into tractor-trailer on North...

US and Russia clash over cause of food price...

Dr. Oz and McCormick trade shots over China as...

Lord of the Rings anime movie gets a release...

War Is No Solution