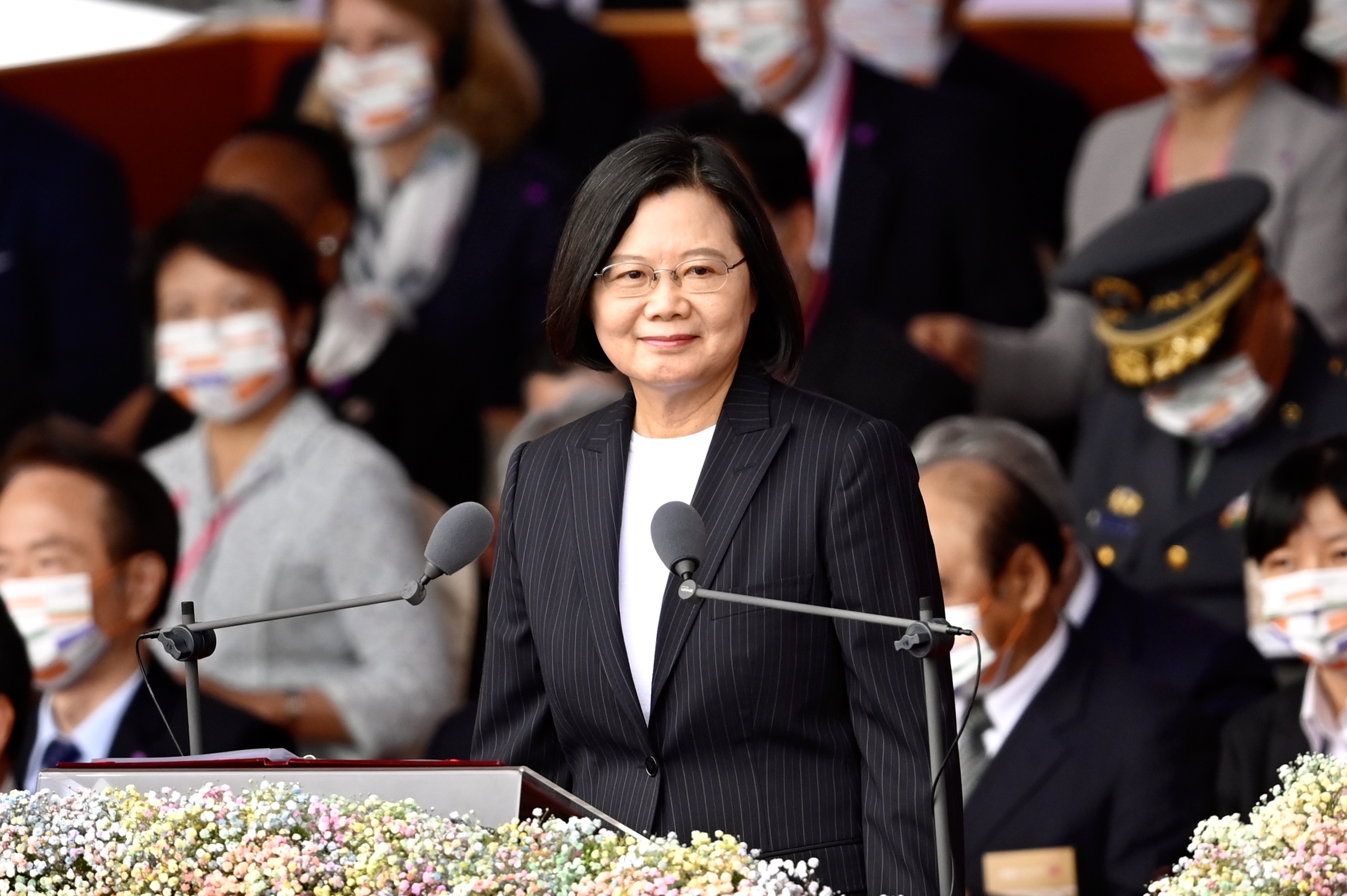 China’s continuing threats to use force against Taiwan will only increase support from the United States and others, Taipei said this week after Beijing launched a pointed military exercise to protest a visit by members of Congress.

The congressional delegation, or CODEL, led by Republican Sen. Lindsey Graham of South Carolina triggered vocal remonstration before and after they met Taiwan’s leaders including President Tsai Ing-wen and her foreign and defense ministers.

In the hours before the CODEL landed in Taipei on Thursday, China’s Foreign Ministry spokesperson Zhao Lijian warned the U.S. was going down a “dangerous path” by endorsing Tsai’s government, which rejects the Chinese position that Taiwan ought to be ruled from Beijing.

The following day, the PLA’s Eastern Theater Command announced a series of live-fire drills in the Taiwan Strait in response to America’s “deliberate provocation.” At a regular media briefing on Friday, Zhao called the military exercise “a countermeasure” to Washington’s “recent negative actions” regarding Taiwan, which has grown closer to the U.S. as Chinese leader Xi Jinping’s iron grip on power ushers in a more assertive foreign policy.

In a statement on April 15, the day the CODEL departed for Japan, Taiwan’s Foreign Ministry described Beijing’s reaction as “absurd.”

“The military threats against Taiwan by the totalitarian government of the Chinese Communist Party will only strengthen the Taiwanese people’s determination to defend freedom and democracy,” it said, “and will also attract more support for democratic Taiwan from the United States and other democratic partners, as well as their emphasis on peace and stability across the Taiwan Strait.”

“Democratic Taiwan is not under the jurisdiction of totalitarian China,” it said.

New Jersey’s Sen. Bob Menendez was the only Democrat on the CODEL, albeit a senior one as chair of the Senate Foreign Relations Committee. The remaining four GOP lawmakers were Sens. Richard Burr of North Carolina, Rob Portman of Ohio, Ben Sasse of Nebraska and Rep. Ronny Jackson of Texas.

Ahead of closed-door meeting between the CODEL, Tsai her National Security Council, Taiwan’s president said in prepared remarks that Russia’s invasion of Ukraine had proven that “democracies must bolster their alliance,” and collectively “defend ourselves from the threats posed by authoritarian nations that seek to disrupt regional peace.”

At a press conference after the talks, Menendez said the group’s visit amid war in Europe and other global challenges was “a testament to the importance of Taiwan.” The U.S. seeks “no conflict” with China, he said. However, employing a similar frame to President Joe Biden’s “democracy vs autocracy,” Menendez said the “question of our time” was “what type of world do we want to live in?”

Graham, replying to a question about the likelihood of American troops defending Taiwan against a Chinese invasion, said: “Every option is on the table.” “To abandon Taiwan would be to abandon freedom itself. America is not going to abandon freedom,” he said earlier.

Taiwan President Tsai Ing-wen, center, speaks during a National Day celebration in front of the Presidential Office in Taipei on October 10, 2020. Tsai hosted a six-person congressional delegation led by Sen. Lindsey Graham (R-SC) during its visit to Taiwan between April 14 and 15, 2022.SAM YEH/AFP via Getty Images Here’s how to drive safely on ice and snow

Georgia secretary of state and other state officials slated...

UK regulator zeroing in on Apple, Google duopoly over...

Andy Murray does not “really know the severity” of...

BBC apologises after ‘Manchester United are rubbish’ appears on...

Virus arrives along with aid in Tonga, triggering lockdown

Ukrainians are making homemade body armor to send to...

Hogwarts Legacy’s most magical feature is the lack of...

Putin “has given himself every option” for Ukraine, top...

Arruabarrena takes over from van Marwijk as UAE coach

Iran will target ‘the heart’ of Israel if the...

We probably won’t get an OLED MacBook until we...

Ukraine’s other fight: Growing food for itself and the...

How would those accused of Ukraine war crimes be...

‘The IMF is evil’: Rich countries take aim at...

Will We Need a Second Booster Shot?