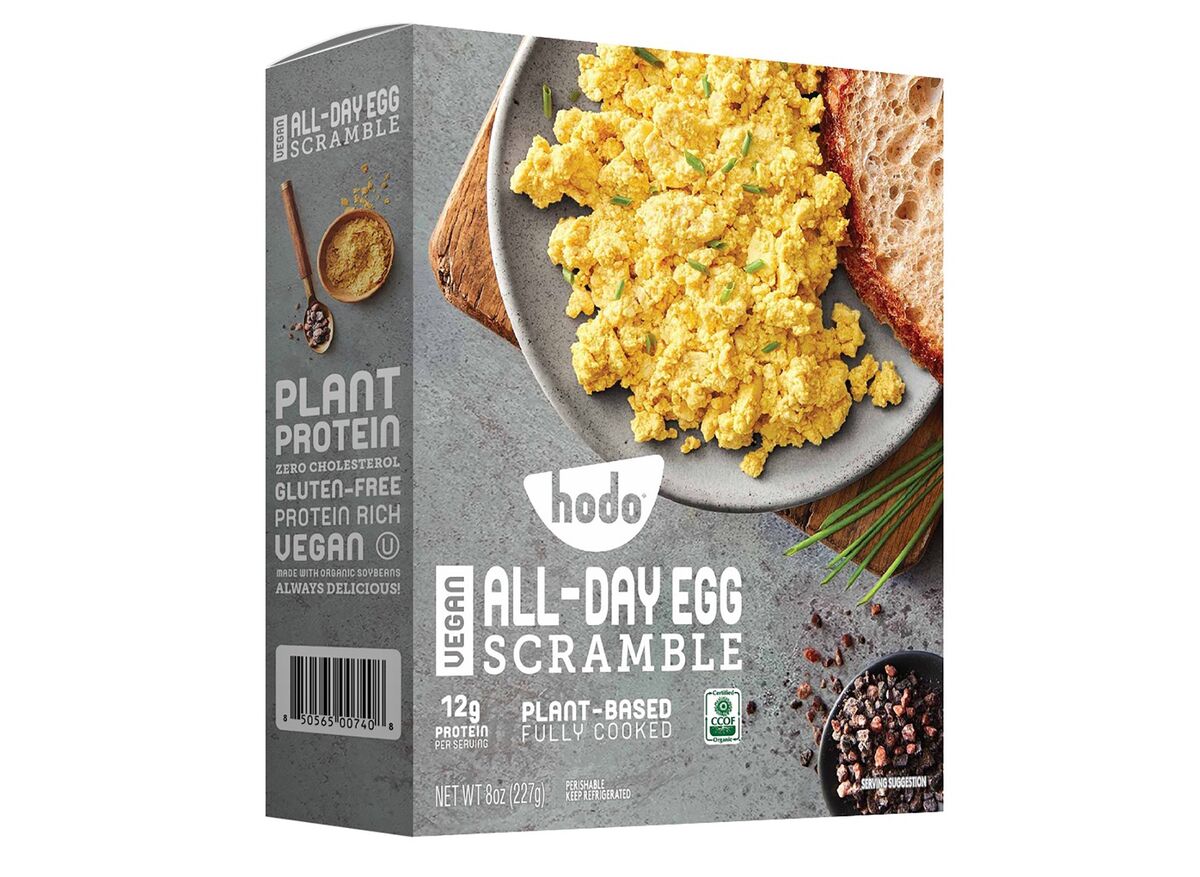 After years of dominating the market for plant-based eggs,

Eat Just Inc. is getting some competition from one of the oldest plant-based proteins available: tofu.

Hodo Inc., an Oakland, California-based tofu maker, is launching its faux-egg scramble later this month, with plans to have the product available in about 1,500 supermarkets by mid-June, the company told Bloomberg News.

We noticed that outside of Just Egg there is not much innovation in the egg space. We started tinkering with our current recipe to make the texture and flavor more like scrambled egg, said founder and Chief Executive Officer Minh Tsai. I think its probably going to be our fastest-selling product a year from now.

There are trends in Hodos favor. Consumers are still looking to add more plants to their diet, despite the stagnancy of sales of meat-alternative products, said Dasha Shor, an analyst at Mintel. Now, she said, they are looking for more-natural options. We are seeing the processing backlash happening, Shor said, noting that 60% of U.S. plant-based protein consumers say they would eat more meat alternatives if they were less processed.

Tofu seems to fit the bill. But despite being one of the oldest plant-based proteins, its still modest in sales compared with meat substitutes. Sales of tofu totaled $285 million in the U.S. in 2021, while meat and seafood substitutes brought in $1.8 billion that year, according to data from Euromonitor. Both look paltry compared with sales of real eggs, which totaled $9.8 billion last year.

Tofus relatively low sales are partly attributable to consumers hesitation about foods they arent used to cooking, something that Hodo has recognized with its long list of flavored, cubed and otherwise ready-to-eat or ready-to-cook products. Its scramble is similar: It has the short list of ingredients expected from tofu, but the convenience of going right into the pan or microwave for cooking.

The companys compound annual growth rate over the last five years is 20%, said Tsai, and he expects sales to top $25 million this year. Its products are sold through nearly 10,000 retailers and more than 5,000 restaurants, including chains like

Sweetgreen Inc., as well as high-end eateries like the Slanted Door in San Francisco.

Going up against Eat Just, however, will mean taking on a company with more than 43,000 points of retail distribution and 1,500 food-service locations in North America alone. The faux-egg maker also sells in Asia and Africa, and it has an

eye on Europe now that it has approval there. Eat Just says it owns more than 99% of the U.S. vegan-egg market. Its egg is also more versatile — it can be used for baking, for example — and comes in a number of formats.

Tsai praises his competitor but still thinks theres room for competition. Functionally, Just wins, he said, but from an ingredient simplicity and taste perspective, I think we compete well. Book excerpt: “Rickey,” on the life of baseball legend...

Quentin Tarantino is getting his own film podcast on...

How the Women on Boards Project is shaping early-stage...

J&J booster 85% effective against hospitalisation by Omicron for...

Manchin refuses to say whether he thinks Biden deserves...

Spotify buys an AI startup that turns text into...

EXPLAINER: What’s next for N. Ireland after Sinn Fein...

The Muse buys Fairygodboss as roll-up acquisitions come to...

AMD could be readying an even cheaper low-end RDNA...

Government action on tech innovation is good news for...

Sweden prosecutes woman for recruiting son to fight in...

Teen Girl Killed as ‘Many Rounds’ Fired Into Crowd...

US safety watchdog warns against Onewheel boards after reported...

Lobster feud boils over in Maine

The highlights of Sunak’s second PMQs in 71 seconds

The Scout Brand is Coming Back as a Rugged...

Will Putin Declare War on Ukraine? West’s May 9...

Buffalo shooting victims to be honored with new monument

Biden never explained what US interests are on the...

Is earned wage access ushering in a new era...

UK scraps Covid tests in time for half term...

Sony and Honda announce plan to build EVs together

Rugby World Cup: What are the home nations’ chances?

Pelosi: Some people voted because political violence has ‘gone...

Kia's EV9 SUV will arrive in the US in the second half...