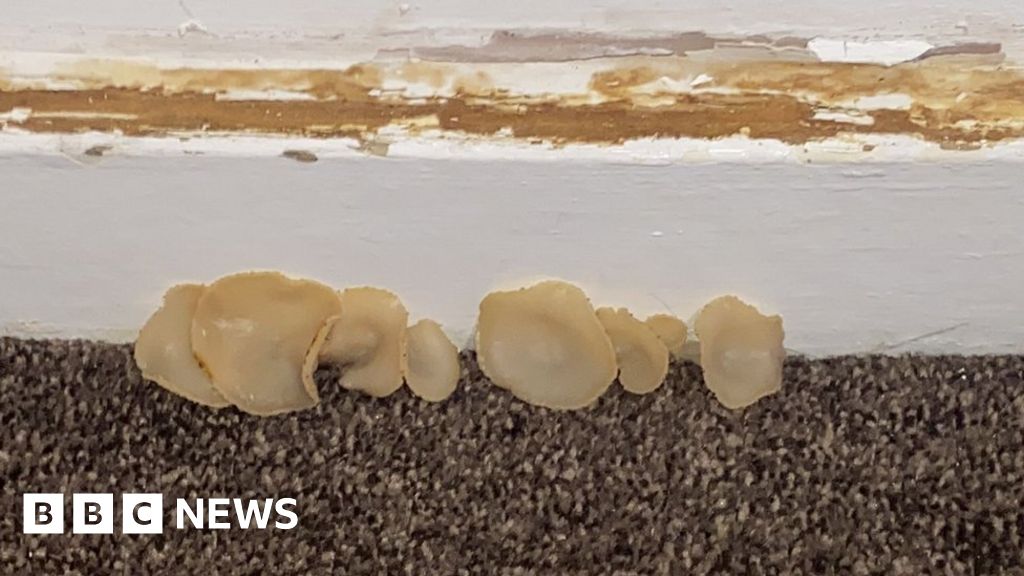 Image caption, Miss Shiridzinonwa said she was told her room was still habitable because the mushrooms did not harm her health

A student nurse says her accommodation has mushrooms growing out of the carpet after sewage leaked into her room.

Chantelle Shiridzinonwa, 19, pays £165 a week to live at Minerva House in Nottingham.

The first-year student said she had reported the problem but was told the room was “still habitable”.

Owners Xenia Estates apologised “for any distress caused to the tenant”, adding alternative accommodation had been provided.

Image caption, Chantelle Shiridzinonwa found her room had flooded when she returned from the Christmas break

Ms Shiridzinonwa moved into the room in September when she began her studies at Nottingham Trent University but found her flat had flooded with sewage when she returned following the Christmas break.

Xenia Estates moved her into a hotel while the cause of the flooding was dealt with, but she has since been told she can move back in.

However, she said the flooding was not fixed and now she has mushrooms growing in the carpet.

Image caption, Miss Shiridzinonwa said she was living with a friend but still had to pay rent on the flat

“When they first started growing I remember I walked into my room and I thought ‘when did I drop pasta on the floor?'” she said.

“Then I looked closer and was like: ‘that is not pasta, they are mushrooms.’

“The mushrooms are growing and they’re saying it’s still habitable because apparently they’re not causing any harm to my health.”

Miss Shiridzinonwa said Xenia Estates had spoken to her about removing the carpet and skirting boards but until that is done, she is expected to continue living there and paying rent.

She did not want to stay there and has been living with a friend instead.

Since posting photos on social media, she has been spoken to other people who said they experienced similar problems while living at Minerva House.

Image caption, Xenia Estates said it had instructed a sewerage expert to undertake major pipe works in the property

Xenia Estates said it has “instructed a sewerage expert to undertake major pipe works in the property” after “recent escalations with the reoccurring issue”.

“We are confident that the issue will be permanently resolved once the major pipe works have been undertaken,” it said. 2 dead and at least 15 injured after massive...

CDC director responds to criticisms of agency’s guidance: ‘This...

Stressed-Out Supply Chain Managers Are Throwing in the Towel

Why ‘Bridgerton’ Season 3 Is Focused on Colin and...

Asian stock markets lower ahead of latest US jobs...

Extraction 2 has twice the action of the first...

It’s Not All in Your Head

Duke and Duchess Of Cambridge on first overseas trip...

We Need a New Word for Expensive: The Readout...

Prince William: Commonwealth links to crown up to the...

McCarthy says Jan. 6 rioters did not engage in...

Pay growth fails to keep pace with cost of living