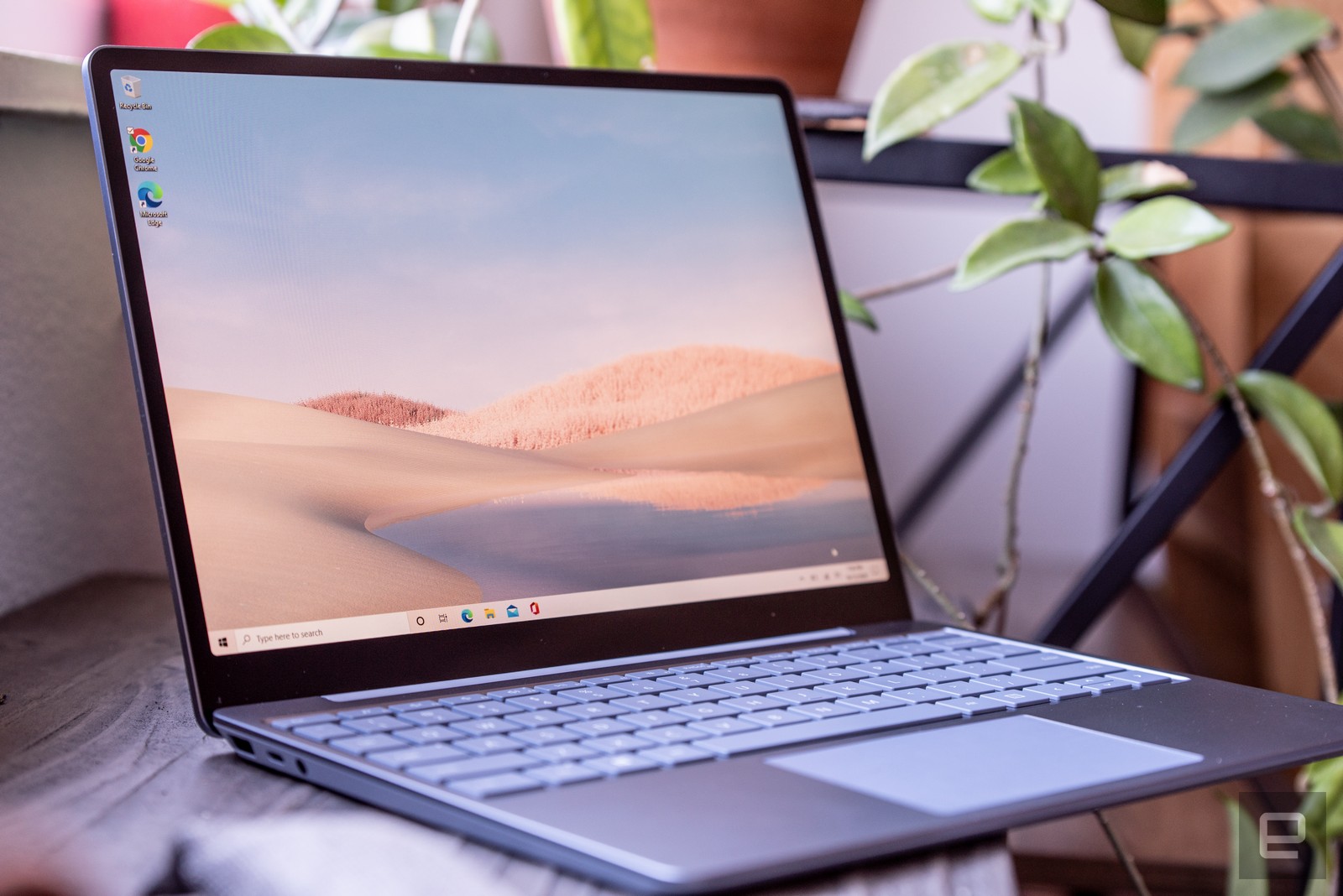 Microsoft is ushering in the spring season with a new sale that discounts Surface devices, Xbox games, accessories and more through April 21st. A bunch of Surface gadgets are hundreds of dollars off right now, including the new Surface Pro X that’s down to $700 for the base model, but you’ll find an even better deal on the Surface Laptop Go. The entry-level Windows notebook is up to $200 off, so you can grab the model with a Core i5 processor, 8GB of RAM and 256GB of storage for $700. The base configuration is $150 off, too, bringing it down to $400.

Buy Surface Pro X at Microsoft starting at $700Buy Surface Laptop Go at Microsoft starting at $400Shop spring sale at MicrosoftWhile you can spend $700 and get either the Surface Pro X or the Laptop Go, we think the latter is the better option. The Surface Pro X is a gorgeous machine, but we found that buggy software held the 2-in-1 back from being truly great. While the Laptop Go has its compromises, it makes a great basic notebook thanks to its stellar hardware and speedy performance. Coming in at 2.45 pounds, the Laptop Go is lighter than its predecessor and looks sharp with its anodized aluminum top portion. Its 12.4-inch touchscreen gives you just enough room to multitask easily and its 3:2 aspect ratio makes it better for reading long articles and documents.

All of the Surface Laptop Go configurations run on Core i5 processors, which means you’ll get solid CPU performance regardless of the one you pick. We recommend opting for a model with 8GB of RAM because it’ll serve you better over time than a measly 4GB will. As far as other features go, you’re getting a 720p webcam, a fingerprint-toting power button, one USB-C port and one USB-A port on the Laptop Go. Microsoft didn’t pack this machine with a lot of extra perks because it’s designed to be an affordable Surface option just good enough to give those with basic needs a solid laptop experience, and it does deliver on that.

Xbox players can also save on individual titles thanks to this sale, along with subscriptions to Game Pass. You can join Xbox Game Pass Ultimate for only $1 for your first month, and the sale price applies for PC Game Pass, too. Discounted games include Red Dead Redemption 2 for $24, Call of Duty: Black Ops Cold War for $35, The Witcher 3: Wild Hunt for $10 and BioShock: The Collection for $10.

US manufacturing activity slows in December

Liz Cheney loses primary as Trump topples his most...

It’s brutal out there for DTC companies – TechCrunch

Ukrainian Americans try many ways to bring in relatives...

Journey star tells his bandmate to stop performing for...

Will Ferdinand Marcos Jr. Revive the Sins of His...

How investors can still get strong returns from late-stage...

Indo-Pacific Trade Pact Lets US and China Vie for...

LinkedIn is becoming a paradise for phishing attacks

Retailers turn to hybrid cloud and AI to meet...

Turkish leader to United Nations: Be ‘much more influential’

State to become 1st to execute trans person in...

Some vegetables were harmed in the making of God...

Zelenskyy emerges as global hero in Ukraine battle against...

This is what the world was like the last...

Southwest Airlines says after thousands of canceled flights, it...