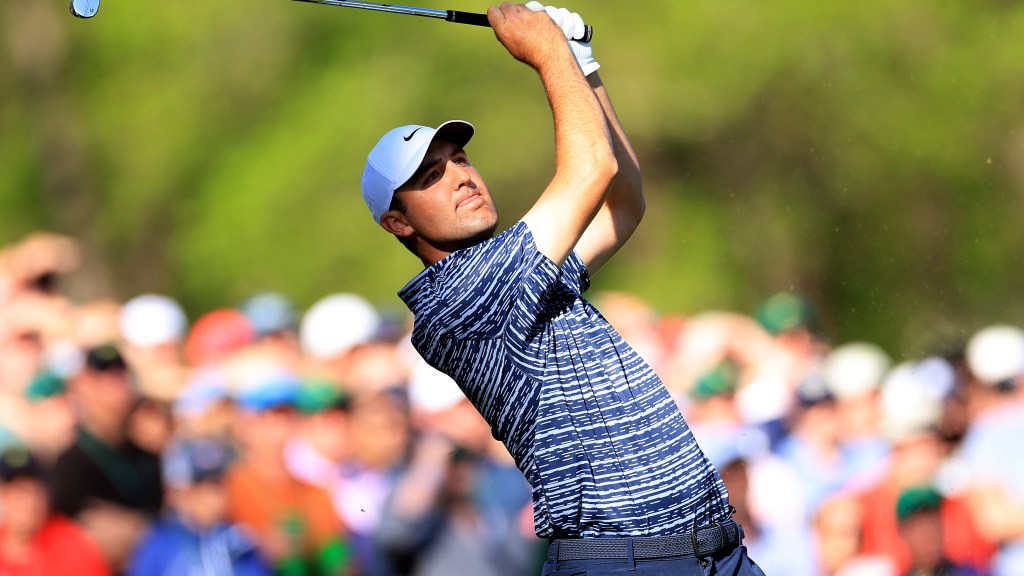 Barring a Masters back-nine disaster, Scottie Scheffler is on his way to winning a green jacket.

He entered Augusta in 2022 as the world’s No. 1 golfer, which is what we in the business usually call a meteoric rise, considering that he’s going to turn 26 years old in a few months.

But given that he’s only played a few years on the PGA Tour, you may not know a lot about him. That’s what we’re here for! So as you watch him play his final round on Sunday as he chases a major, here are a few facts about Scheffler you should know:

Scottie Scheffler left Augusta National on Saturday evening with a simple plan, a night of binge-watching The Office for the umpteenth time. https://t.co/cAJQg9aCQG

Scheffler on how he’ll relax: “Probably just watch The Office, get some dinner. It’s by far my favourite show. I love it. I think we are like two episodes into Season 4. I’m just looking forward to sitting back and giggling a little bit and eating some good food.”

He was asked by PGATour.com who his favorite character was, and he said Dwight. Here’s more:

Do you have a favorite The Office episode?The basketball one is funny. The earlier seasons are better, like two and three. The season where Jim goes to a different office. When he goes to Stamford (Connecticut), those first 15 episodes are great.

He took down the guy in singles who was No. 1 at the time … Jon Rahm. WOW.

Let’s review: He won the Phoenix Open in February. He won the Arnold Palmer soon after. He beat Kevin Kisner in the Match Play finals. Report: Mass grave of IS victims found in Syria’s...

Brighten up your smart home with this LIFX smart...

Paul Polman: The world needs a Marshall Plan to...

Firefox and Chrome 100 could break parts of the...

Analysis | A US Recession Will Also Come to...

From Beer to Tomatoes, Europe’s Energy Crisis Is Spilling...

The push to supersize Pentagon spending ratchets up

Serrano rematch at Croke Park a ‘must’ – Hearn

Price Gouging on Baby Formula Is to Be ‘Actively’...

Black residents in 2 Florida neighborhoods say they have...

The VC ‘Scramble For Europe’ breaks out in the...

Northam declares state of emergency ahead of coming winter...

Massdriver wants to abstract away infrastructure to let devs...

Biden calls for return of US manufacturing, touts infrastructure...

Biden to make direct appeal to Senate Democrats to...

Pelosi vs McCarthy: A tale of two leaders and...

‘This is not my kid’: Mysterious hepatitis wreaked havoc...

PlayStation DualSense controllers are up to 21 percent off...