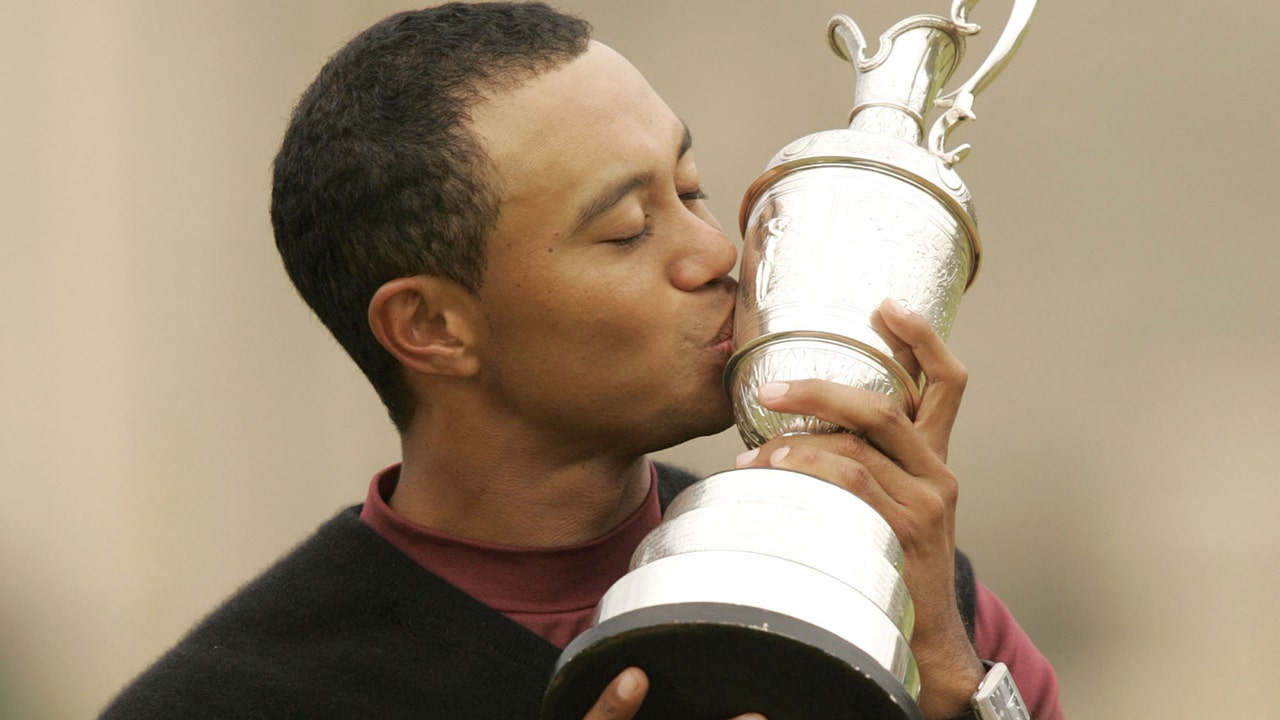 Tiger Woods said Sunday after finishing his first major event since 2020 he is planning on playing at The Open Championship in July in Scotland.

The 150th Open Championship, also known as the British Open, will be played at the Old Course at St. Andrews. Woods made the revelation when talking to Sky News after wrapping up his first Masters appearance in nearly two years.

Tiger Woods of the USA receives the Claret Jug from Sir Michael Bonallack the Captain of the Royal and Ancient Golf Club of St Andrews after his victory in the 2000 Open Championship held on the Old Course at St Andrews on July 23, 2000 in St Andrews, Scotland.

The Open Championship is after the PGA Championship, which is set to take place from May 19 to May 22 at Southern Hills Championship Golf Course in Oklahoma. Woods said hes going to try to prepare the best he can to play that event as well.

“I wont be playing a full schedule ever again. Itll just be the big events. I dont know if ill play Southern Hills or not but I am looking forward to St. Andrews. Its something thats near and dear to my heart,” Woods said.

“Ive won two Opens there. Its the home of golf. Its my favorite golf course in the world. I will be there for that one. But anything in between that, I dont know. I will try. I will try to get ready this week for Southern Hills and well see what this body will be able to do.”

Tiger Woods kisses the Claret Jug after winning the 2005 British Open Golf Championship at the Royal and Ancient Golf Club in St. Andrews, Scotland on July 17, 2005.

The Open Championship will take place from July 14 to July 17.

Tiger Woods walks down the fifth fairway during the final round at the Masters golf tournament on Sunday, April 10, 2022, in Augusta, Ga.

Woods didnt play in last years tournament and there was no event held in 2020 due to the coronavirus pandemic. He missed the cut in 2019 and tied for sixth in 2018. He last won The Open in 2006 his third title there. US jobs growth stronger than expected as economy shrugs...

Halo Infinite co-op gameplay looks like it was worth...

Fox News Contributor Says Trump May ‘Talk Himself Into’...

US to increase COVID-19 vaccination help for 11 African...

With pressures mounting, Biden thinks GOP will make his...

Ethiopia objects to alleged “misconduct” of WHO chief Tedros

Charity or Billions for the Left’s Voter Pipeline?

FDA-Induced Shortages Are Nothing New | Opinion

Followers of cleric told to withdraw from Iraq’s parliament

Elon Musk steals the show at the sleepy Sun...

EU Parliament to vote on ‘green’ gas and nuclear...

Louisiana Democrat running for US Senate smokes marijuana in...

Belgium takes back mothers and children from Syria

Tell the world your food opinions with DoorDash’s revamped...

Deadly shooting of Amir Locke leads to no charges...

Ex-officer sentenced in rough arrest of woman with dementia

Marcos to serve as agriculture chief amid food crisis...

How Ukraine Gains From the Afghan War

Iran protests: Reports of students trapped amid clashes in...

Motorcyclist knocked down and attacked in murder bid

Pence: Trump and I ‘differ on focus,’ not issues

Pamela Anderson is taking her power back