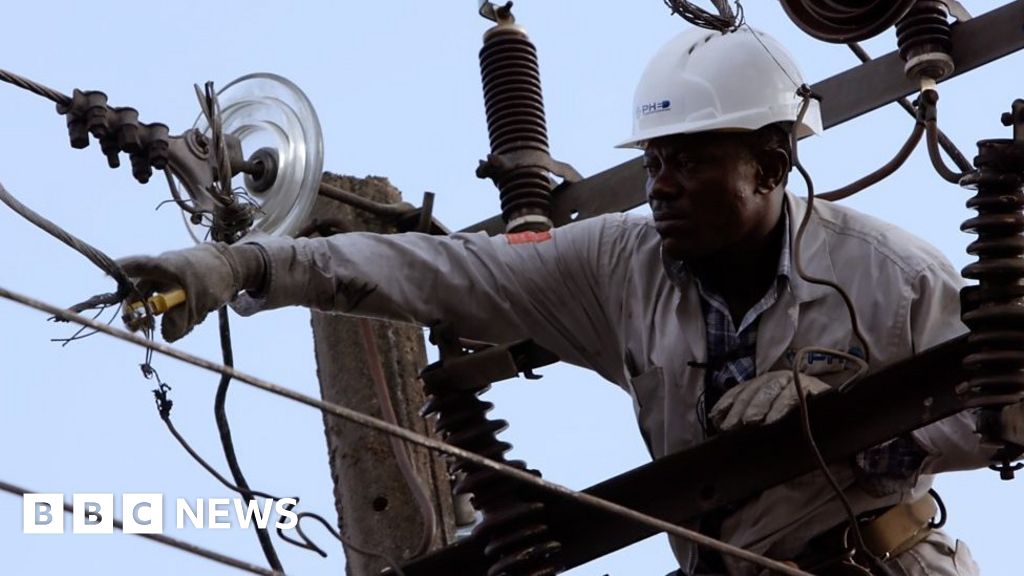 Image caption, This is the fifth major outage since the start of the year according to Nigerian media

Many Nigerians have once again been left without state-supplied electricity for hours on end, three weeks after the president apologised for the last nationwide outage.

A system failure on the national grid at about 18:30 local time (17:30 GMT) on Friday evening is to blame, distribution companies have said.

They have assured customers that work is underway to restore power.

Local media report that this is the fifth such collapse this year.

The BBC’s Ishaq Khalid in Abuja says Nigeria generates too little electricity to supply its population of 200 million people, generally hovering at around 4,000 megawatts a day.

At the time, he added that the government had worked “tirelessly” to fix problems at thermal stations, which had coincided with a “dip in hydroelectric generation due to seasonal pressures”. Pay as you drive, or pay how you drive?

Should 49ers be concerned with Trey Lance’s mechanics?

Bayonetta 3: How to Change Outfits

Contender for World’s Biggest Potato Is Not a Potato,...

Sacred items in Massachusetts museum to be returned to...

Why heat makes you feel tired and sleepy, according...

TV producer who protested war says Russians are against...

D-ID, the company behind Deep Nostalgia, lets you create...

Kids are back in their classrooms and this teacher...

WhatsApp ramps up revenue with global launch of Cloud...

Councils Would Need to Hike Council Tax by 20%...

TikTok is testing a ‘watch history’ feature to make...

These Are The World’s Best And Worst Pensions in...

UK investigating lawmaker’s claim she was fired over her...

Wild Photos Show Aftermath of Lightning Strike That Made...

Mark Zuckerberg shows off what Meta’s next headset can...

WATCH: Brian Asamoah and family react being drafted by...

Rafael Nadal to have scan before Wimbledon semi-final

EXPLAINER: Why would nuclear plant dump wastewater into bay?