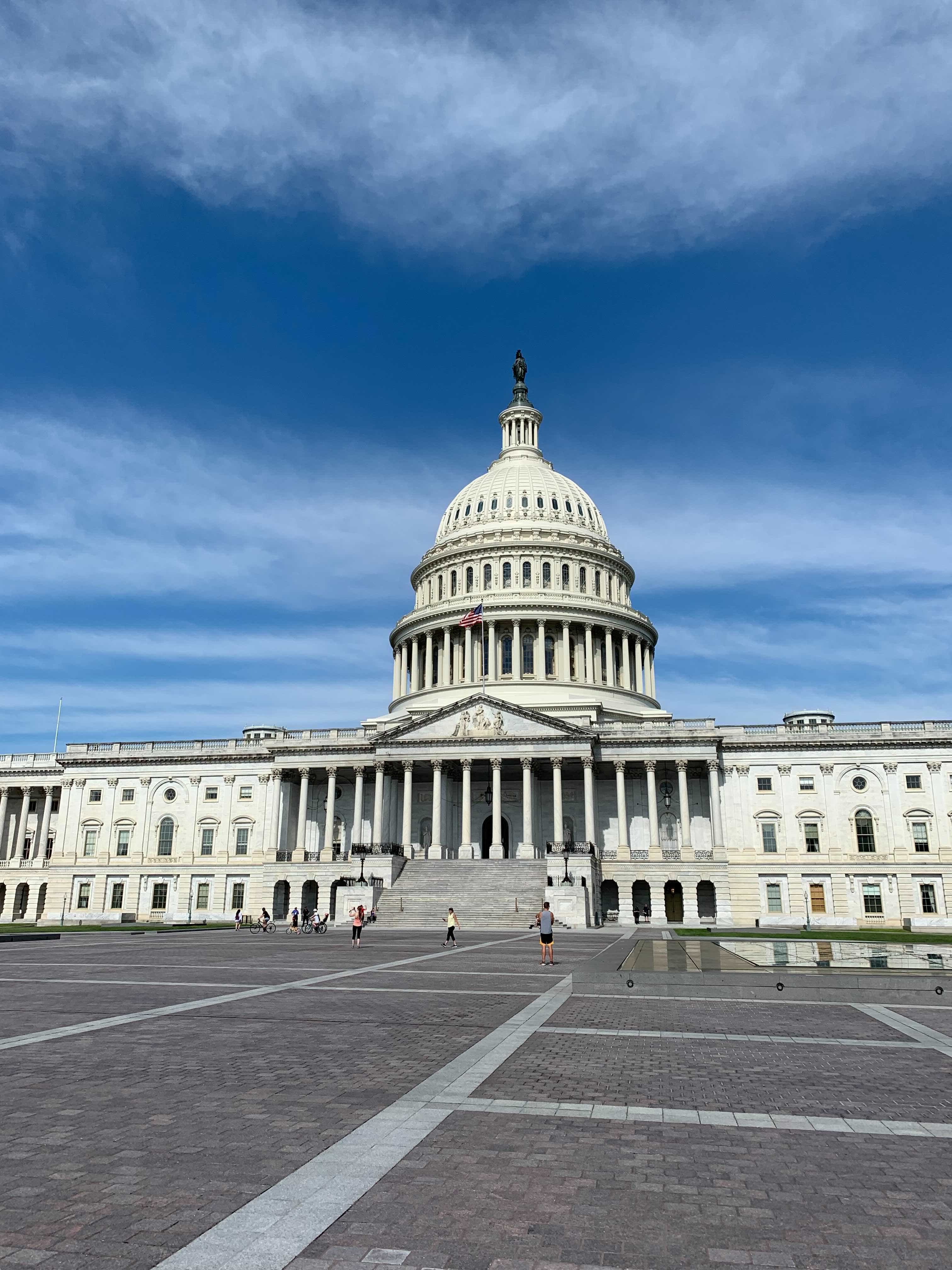 The way you pranced confidently through the Senate Russell Park near the Capitol. All four legs churning in tandem as you loped across the undulating grass. Your elegant, curved tail, flowing behind you in the air like a gentle hill on a baby roller coaster.

We just loved the idea of you, Capitol fox.

And we are sad that you are gone.

In case you hadnt heard, those who work on Capitol Hill started spying a fox, loping around the Senate Office Buildings. Near the U.S. Capitol itself. By the Botanical Garden on the House side of Capitol Hill. Often in broad daylight.

The fox would approach strangers and visitors to the Capitol.

Members of the public are able to walk around Capitol grounds, after being barred for months after the Jan. 6 riot.

But now the Capitol fox is gone. Euthanized by animal control after too many faux-pas. It bit nine people ranging from a congressman to a reporter.

I see foxes in my neighborhood in northern Virginia from time to time. Often early in the morning during a jog before dawn. The foxes spot me coming and trot the other way.

Not the Capitol fox.

This fox was a tail-blazer.

Here on Capitol Hill, we work in offices. The Cannon House Office Building. Obscure rooms tucked deep in the bowels of the Capitol itself. Maybe at a desk with a window, staring out into the cavernous, internal atrium of the Hart Senate Office Building.

But you lived and worked among us, Capitol fox. Burrowed in your den the nearly 60-acre expanse of lush green space, trees and bushes that surround the U.S. Capitol.

This was the perfect habitat for you and your kits.

Squirrels and birds and insects reside on Capitol Hill. Bats flit around the rooftop of the Capitol at night, bathed in the bleached spotlights that illuminate the Dome.

In fact, I even learned of your existence last year when the Brood X cicadas pushed up through the soil and smothered the Capitol grounds.

At the time, a well-informed source told Fox News (we have good sources on this story, because, well, after all, were Fox) that you lived at the Capitol and consumed the cicadas for protein.

I looked for you then, Capitol fox. But couldnt track you.

The birds and the squirrels of Capitol Hill are a quotidian fauna, if you will. Once in a while, someone will even encounter a stray deer. Over the winter, a Canadian snowy owl migrated around Capitol Hill, perching atop the Senate Office Buildings and the headquarters of the U.S. Capitol Police. And yes, the United States Postal Museum.

Perhaps our avian guest was delivering a message to a wizard via owl post.

But Capitol fox, you weren’t an interloper from Quebec or Ontario.

And who needs a blue checkmark, anyway?

The Twitter feeds of the Capitol fox had the potential to match the popularity of the “Bronx Zoo Cobra” account minted after the serpent escaped from its pen and slithered all over Gotham a few years back.

“Youll never take me alive!” boasted the fox from one Twitter account after the U.S. Capitol Police posted a dispatch to be wary of the critter.

Capitol fox, you belonged here. You made your hovel here amid a hedgerow of bushes and squat trees near the subterranean entrance to the Russell Parking garage.

You had everything but an official congressional badge issued from the ID office in Dirksen Senate Office Building.

You seemingly wielded your own security clearance to come and go as you pleased around one of the most secure locations in the world.

And then they came to get you.

We rooted for the fox on the run to elude animal control.

But although the fox was sly, they finally outfoxed her. Animal control euthanized the Capitol fox.

Many on Capitol Hill were speechless.

All we could say was: “Whiskey. Tango. Foxtrot.”

And even though many of us who work on Capitol Hill werent fortunate enough to get to see you, meet you, get nipped by you.

You were just like those of us who toil at the Capitol the lawmakers, the aides, the Capitol Police, the custodians, the Senate doorkeepers, the Senate cafeteria workers. You belonged to Congress, Capitol fox.

You got many a weary congressional aide or skeptical reporter to think outside the fox. To escape the mundane, legislative tedium that is a hallmark of Capitol Hill. The committee markups. The amendments. The Congressional Budget Office scores of legislation.

Capitol fox, you captured our imagination and brought a smile to the faces of even the most haggard of congressional aides.

Of course, everyone set out to try to find the fox.

At the end of his weekly press conference, I asked Senate Minority Leader Mitch McConnell, R-Ky., if he had spied the fox. McConnell ignored my question. But Sen. Joni Ernst, R-Iowa, who joined McConnell at the microphones, piped up that she had.

Ernst shared a video with me that she took of the Capitol fox, before dawn, at the foot of Capitol Hill when she was out for a morning jog a few weeks ago.

In the video, one can see the Capitol fox patrolling a green area on Capitol Hill, its silhouette cast against the Department of Labor, just off Constitution Avenue NW.

“Little fox, running through the park,” says Ernst on the video. “I hope he doesnt get hit.”

Rep. Ami Bera, D-Calif., had a much different encounter with the Capitol fox.

Bera was walking by the Botanical Garden and told colleague Hillary Vaughn he “felt something lunge at the back of my leg.” Bera said he thought it was a dog. But the congressman had to hold off the fox with an umbrella.

He then checked his suit and found a perforation in his trousers.

A medical doctor himself, Bera had the Capitol Attending Physician check him out.

The Capitol fox didnt draw blood. But it wasnt long before Bera was on the receiving end of seven shots: one tetanus shot, one rabies shot, shots of immunoglobulin.

Bera said he hoped authorities would treat the fox “fairly and relocated to at least a safe place.”

But alas, that wasnt the fate of the Capitol fox.

It wont take a “Fox News Alert” to let everyone know that Capitol Hill will miss the fox.

Capitol fox, you are gone.

But we will never fur-get you. Inhofe’s chief of staff launches bid to replace him

What went wrong as police waited to breach Uvalde...

Cracks in US Economy Start to Show as Recession...

US takes emergency action to save sequoias from wildfires

Days Gone 2 would have fixed the first game’s...

Why one evangelical pastor left a radicalized, post-Jan. 6...

John Lin on the Markets (Radio)

White House pushes past COVID-19 limits but threat of...

Had Covid At Christmas? You Could Get It Again...

How to Work Offline and Still Be Productive

Methanol in blood of teens who died in South...

Should I buy an under-desk treadmill?

High school senior recovers from injury to walk at...

Musk says he would reverse Twitter’s ban of Donald...

Will Smith banned from Oscars: A look at who else got the...
Illinois student who questioned Stelter on disinformation speaks out: He had 'no...