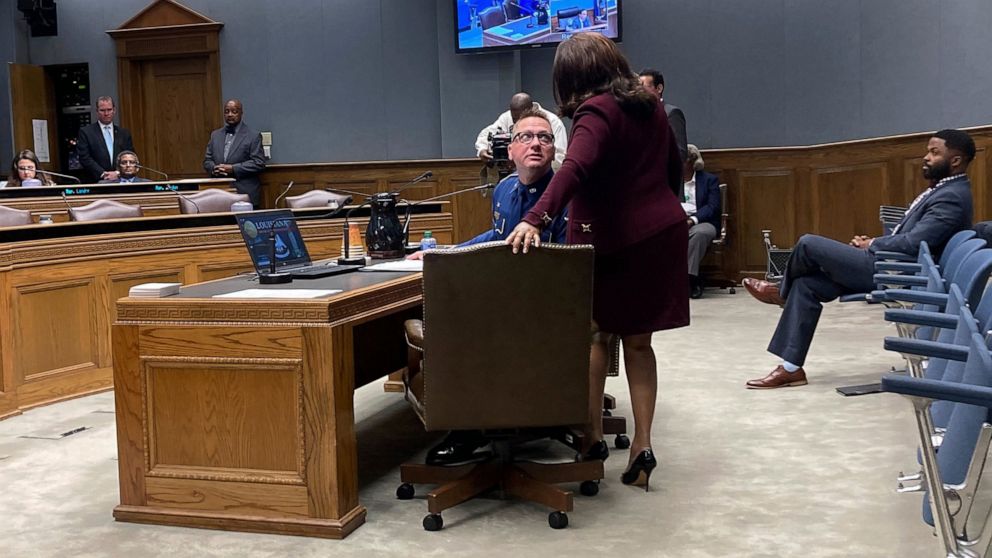 NEW ORLEANS — Under increasing pressure from state lawmakers, the head of Louisiana State Police placed his second-in-command on leave Friday while an investigation continues into the wiping of cellphone data during an investigation into Black motorist Ronald Greenes 2019 death after a violent arrest by state troopers.

Superintendent Col. Lamar Davis released a statement saying he placed Lt. Col. Doug Cain on paid administrative leave to eliminate any questions into the integrity of the investigation.

Cain acknowledged last month that he was under internal investigation for having his cellphone data erased amid the ongoing federal investigation into the video-recorded arrest of Greene, who died in custody after being repeatedly punched, stunned and dragged by troopers following a highway chase. Cain denied any wrongdoing.

Davis’ move came a day after lawmakers on a special committee looking into the Greene case complained about the lack of action against the troopers involved in Greene’s arrest and the higher-ups in charge of investigating the case.

Were exceeding the speed limit, state Rep. Tony Bacala said during Thursday’s hearing, as the investigation of Cain was discussed, and you all are putting down the road.

Nearly three years after Greenes May 10, 2019, death along a rural roadside in northeast Louisiana, no one has been criminally charged.

John Belton, the district attorney in Union Parish, where Greene died, said he was first alerted to a report on Greene’s death in September 2019. He alerted federal authorities and said he has held off on prosecutions at the request of federal prosecutors as they pursued the case.

Belton said the federal investigation continues but he’s been released from his promise to stand down and plans to request a court to empanel a special grand jury to look into Greene’s death. The Russian ‘splinternet’ is here

Opinion: Get ready for crowded planes and higher fares...

Mariupol: no sign of evacuation from Azovstal steel plant

Boris Johnson to face MPs in Commons as Gray...

Tato and Mama gave me a home in Ukraine....

Newly discovered monster galaxy is the largest ever found

Rubens’ ‘Portrait of a Lady’ on auction in Warsaw...

Vets Weigh In on Stretching as Dogs’ Cancer Symptom:...

Biden calls Putin a “war criminal” as reports of...

NYPD officer shot in the head while resting in...

Pennsylvania Lt. Gov. at the scene of bridge collapse:...

EXPLAINER: BA.2 variant takes over. What's known about it?