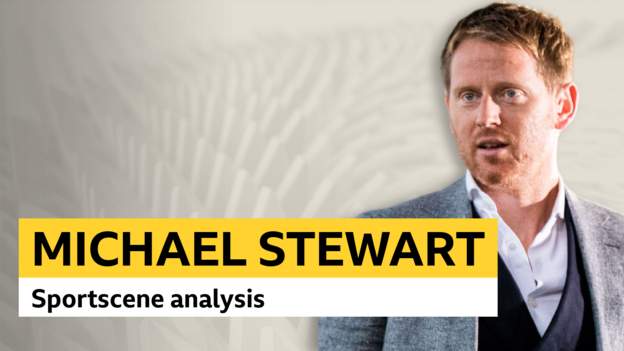 The two Edinburgh derbies coming up are absolutely massive for both clubs – the stakes could hardly be any bigger.

That’s because the margins are fine in football and perception can be so important for a team and its manager.

With Hibernian likely to need to beat Heart of Midlothian at Tynecastle to stay in the top six, the league meeting on Saturday is especially crucial for them at this point in Shaun Maloney’s tenure as manager.

Nothing is black and white in football and there have been some positives since Shaun replaced Jack Ross, but there are still a lot of question marks about the team, especially in attack.

With the jury still out, the difference in perception between finishing in the top six and reaching a Scottish Cup final, and finishing seventh or eighth and being knocked out the cup by your rivals, is huge.

On the pitch, the difference between positive and negative outcomes could be marginal, but they are massive in terms of the bigger picture and how progress is viewed.

If Hibs lose both derbies then, however unfair it might be, Shaun will start next season immediately under pressure to show some progress.

That’s something Hearts manager Robbie Neilson knows all too well, having lost some important derbies in his first spell at Tynecastle that, despite finishing high up the league, clouded some fans’ opinions.

In particular, the cup defeat by Hibs in 2016 – the year their city rivals went on to lift the trophy – damaged him and you had the ludicrous spectacle of a banner being flown over Tynecastle calling for him to be sacked.

That was part of the reason he left the club at the first opportunity for MK Dons.

That’s why, even with Hearts well clear in third spot, Robbie will be hammering home the importance of the league match, particularly with a semi-final meeting the following week.

You can’t just take your foot off the gas one week in football and put it back on the next – and the confidence you can take from winning one match with another against the same opponent the next week is invaluable.

‘Tough to see a Hibs win at Tynecastle’

Anything can happen in a derby, but it’s tough to say Hibs have got enough just now to go to Tynecastle and win.

There have been some good moments under Shaun – they played some nice stuff against Celtic at Easter Road and against Arbroath in the cup – but it has been interspersed with a lot of question marks.

They are lacking in creativity and a goalscoring threat and, although the build up from defence to midfield in terms of keeping the ball is better, I’m still not seeing the patterns of play and link-ups in attack.

Hearts, meanwhile, are back in better form having gone a bit stale a month or so ago. The switch to a back four from a back three has reinvigorated them.

The key for Hearts will be the middle of the pitch. With Beni Baningime out and Cammy Devlin potentially unavailable, that could have huge implications for them because, with one or both of those two in midfield, they have a solid base.

If Andy Halliday has to step in from left-back – as he did against Ross County – alongside Peter Haring, they lack a bit of athleticism and control.

It means the game can become more open, something County took advantage of in their 1-1 draw. Although Hibs have been struggling for creativity, they still have players who can cause damage if space opens up.

I’m really looking forward to these crucial derbies and I don’t think you can overstate just how important they are to both clubs. Goldman Sees Half-Point Fed Interest-Rate Hikes In May and...

New PS5 Pro rumors point to a release within...

Crypto’s Plan To Retool The Internet: Inside Web3

Ubisoft announces new shooter and insists it isn’t a...

Queen Elizabeth II: What her death means to Malaysia

Ukraine Maps Reveal How Much Territory Russia Has Lost...

Weed whacker: A move to fix the cannabis conundrum

HSBC Asset Manager to Drop Coal From Holdings: The...

School, work, travel can wait as snow blankets US...

China’s Pinduoduo to Enter US Market in First International...

How Chelsea learned to tap into the potential of...

iPhone 14 Pro could have a distractingly big camera...

Navy to comply with emergency order on leaking Pearl...

Drinks firms spooked as India refuses to exempt some plastic straws from...