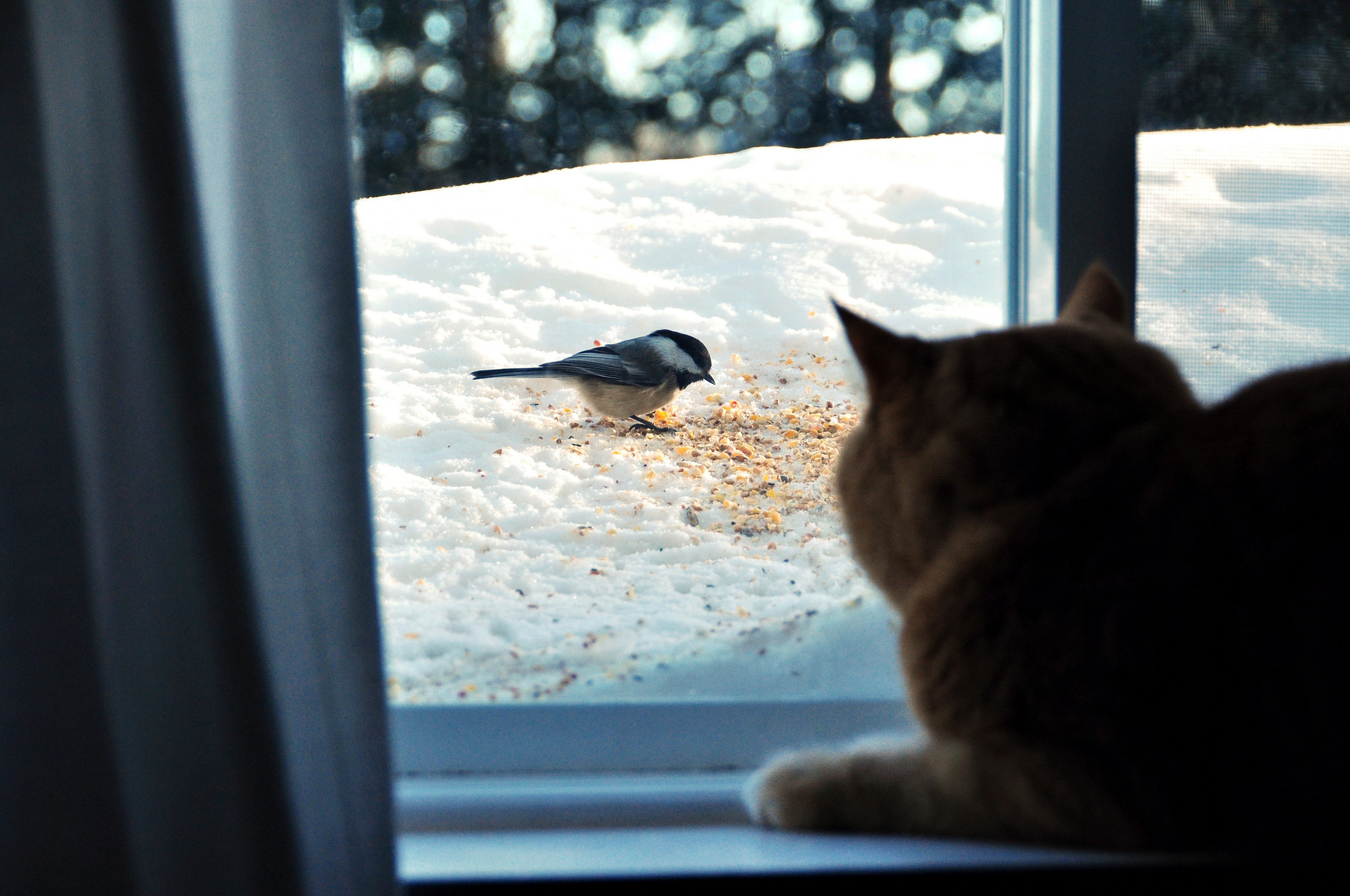 A picture of a cat and its human companion watching birds together has delighted the internet after a viral post received more than 18,000 likes on Twitter.

Originally shared on Reddit on Monday, the picture was posted by user LooserbooB_24 in the popular subreddit r/aww.

With the caption: “My husband joined our cat to watch the birds,” the picture has warmed hearts online.

On Reddit, one user said: “That’s a keeper right there,” and another wrote: “Cool father-and-son thing for them to do together… lots less stress than Little League…”

On Twitter, thousands of people enjoyed the wholesome image after it was re-posted on Wednesday.

“Way to bond,” said a reply on Twitter while another simply wrote: “Cutest thing ever.”

Twitter users also shared their stories of watching animals with their cats. One reply said: “Aww… My favorite part of having coffee in the morning is watching the birds with my cat,” while another wrote: “I do that with my cat too. I think he’d prefer to do it alone though lol.”

But another reply said: “Cats love when you help on patrol duty. Another thing they like is if you play lookout in the opposite direction that they are watching so that they’re more comfortable knowing a sneak attack is less likely.”

Why do cats like to watch birds? It’s all instinct. Whatever breed, temperament or age— all cats are born with strong hunting instincts. Cats naturally consider birds as prey, whether they want to play or are seeing the feathery friend as potential food, and their natural instincts kick in.

According to cat food database site Catological, most cats adore watching small animals like birds or mice. Whether through the window or on TV, your feline friend might even be found chirping or chattering when there is potential prey in their eye line.

Cats aren’t always the best at following through with their hunting skills, though. Last month, one cat bit off more that it could chew after starting a fight it couldn’t finish with a magpie, with commenters saying: “That bird is laughing so hard at him.”

While watching birds is a great pastime for felines and humans alike, the American Bird Conservancy warns about the potential harm outdoor domestic cats can do to birds. The conservancy cites a 2013 study by the Smithsonian Conservation Biology Institute and the U.S. Fish and Wildlife Service that reported outdoor cats kill approximately 2.4 billion birds every year in the U.S. alone, having a significant impact on bird populations. Celebrity birthdays for the week of May 29-June 4

Pete Davidson will no longer travel on next Blue...

New UK Cabinet is diverse in makeup and solidly...

New EPYC Milan-powered AWS instance could be just what...

Kate Bush says the ‘world has gone mad’ after...

This Microsoft Edge update is a dream for all...

Pope Francis Dismisses Reports of Resigning in the Near...

Many Major Economies to Hit Recession in Next Year,...

Kinder chocolate recalled in US over salmonella concerns

Ukraine: On board a Nato spy plane monitoring Russian...

Our favorite home gym ellipticals under $500

Lateral flow tests: Should I recycle the plastic?

Some EU Nations Balk at Push to Advance Ukraine’s...

Oil rises as Russian gas cut to Europe may...

Kristi Noem’s message to the Republican Party: ‘Get over...

Review: ‘In on the Joke’ showcases trailblazing women comics

Pete Seeger gets own stamp; ceremony planned at Newport...

Disney CEO Says Sports Betting Is a Reason for...

Why Miles Fowler is Leaving 'The Resident'