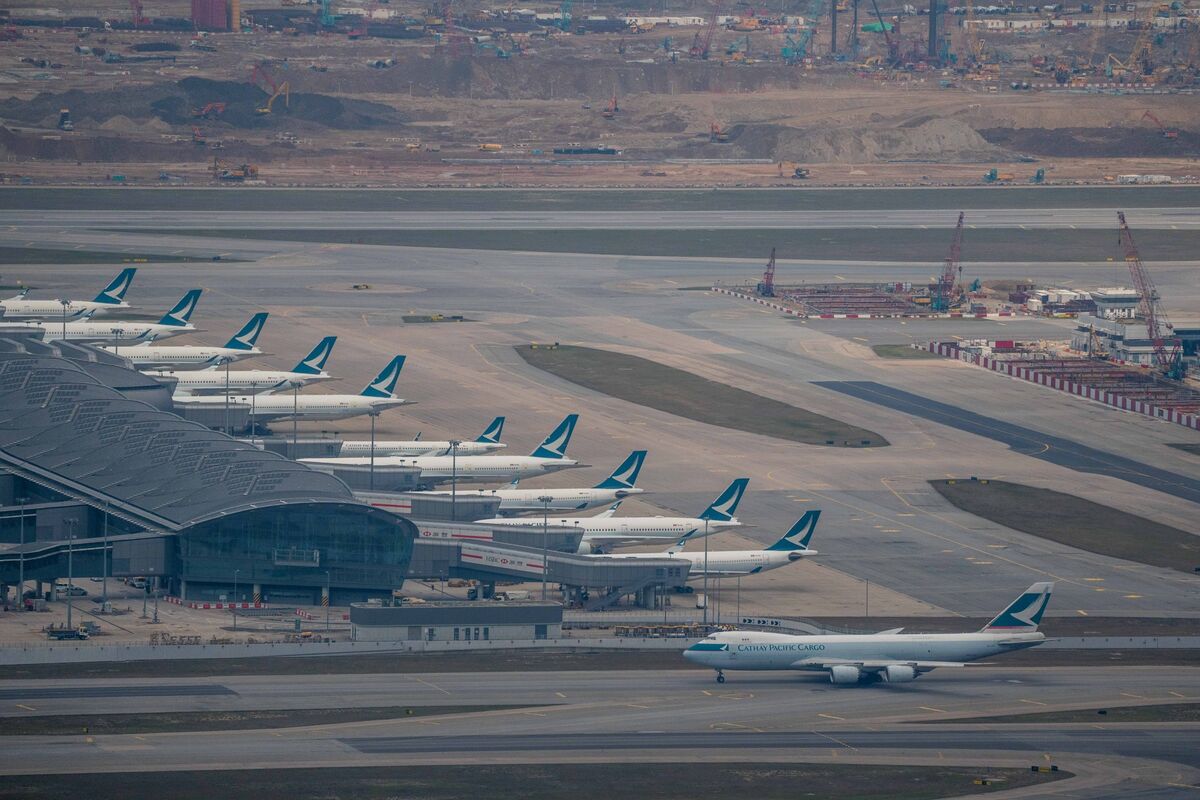 Less than a week after Hong Kong rolled back some of the worlds strictest inbound travel curbs, at least six airlines have had routes banned, creating havoc for travelers and further undermining the citys role as a financial hub.

Cathay Pacific Airways Ltd., Qatar Airways QCSC, Korean Air Lines Co. and Malaysia Airlines were slapped with week-long bans this month after breaching Hong Kongs so-called circuit-breaker mechanism. A stoppage can be meted out if three or more Covid-19 cases are found on the same flight, or if theres one confirmed infection and another non-compliant passenger.

The six airlines bans occurred within four days, the most rapid flurry since 11 suspensions were levied over four days in January. The current tally accounts for 11% of all airline route suspensions issued so far this year.

The bans come after Hong Kong

eased a raft of travel measures on April 1 in response to mounting frustration over the citys effective closure for most of the past two years due to pandemic restrictions. Authorities had lifted an outright ban on inbound flights from nine countries, including the U.S., the U.K. and Australia, and reduced quarantine for inbound travelers to one week.

The business community has

warned that the circuit-breaker mechanism was a major risk for anyone seeking to fly to Hong Kong, given travelers cant be certain their flight will go ahead. The measure also contrasts with the majority of the world, which is opening up and resuming international travel. Hong Kong requires every passenger to have a negative PCR test result before boarding their flight and currently only allows residents to enter the city.

Suspending airlines for carrying passengers who test positive on arrival even though they were negative before is a case of shooting the messenger as testing is done by health experts, said Subhas Menon, the director general of the Association of Asia Pacific Airlines which counts local carrier Cathay Pacific as a member. Quarantine of any form and repeat PCR tests are obsolete for fully vaccinated travelers nowadays, as well as travel deterrents.

Emirates appears to have been hit hardest. Its Dubai-Bangkok-Hong Kong route has been suspended six times this year, for a total of 77 days.

Of the 76 departing passenger flights planned for Tuesday, just 15 went ahead, and 74% of inbound flights were canceled, according to Webb-Site.com, founded by investor David Webb. The site scrapes and compiles figures from Airport Authority Hong Kong. Already 56% of inbound flights for Thursday have been scrapped.

Despite the shortening of flight bans in general we are still looking at bans, said Frederik Gollob, chairman of the European Chamber of Commerce in Hong Kong. This continues to cause uncertainty for passengers as well as significant operational risks for airlines.

Traveler numbers are set to rise as more Hong Kong residents seek to return with the outbreak abating. In the first five days of April, 6,161 people entered Hong Kong through the airport, compared with 8,923 arriving in the whole of March. A spokesperson for the Airport Authority referred to the arrival and departures page on their website.

significant change to ease rules as expressed for in the letter.

While business groups are frustrated with the uncertainty caused by the flight suspensions, changing the policy will depend on what happens after a planned easing of social-distancing restrictions later this month, according to Ivan Hung, head of the infectious diseases division at the University of Hong Kongs medical school.

I believe this is a temporary measure, he said. Despite the number of new Covid-19 cases dropping significantly to 3,000 cases a day, it is still a relatively large number. The situation after the infection-control measures relaxation will decide the flight restriction policy, he said. Riverdance to tour US with group’s first Black female...

One of the best Google Chrome features is getting...

Why Japan’s Yen Weakened and What BOJ’s Kuroda Is...

Two men are accused of vandalizing a Key West...

Expect Antifa terror to ramp up as abortion rallies...

Why Is the Internet So Exhausting? Blame Your Crowdsourced...

Newcastle: How Eddie Howe has turned Magpies around in...

Microsoft Returning to the Office on Feb. 28 as...

Biden overseeing the formation of a ‘major alignment’ against...

Sanofi Allies With Exscientia in Deal Worth Up to...

A Sweet Treat for Every Emotion on the Disney...

Pfizer COVID-19 vaccine could be available for children under...

Paralympic swimmer Will Perry ‘sick to death’ of dwarfism...

Belarus to Host Russian Nukes in Major Reversal of...

Harry Reid to be remembered by Biden, Obama and...