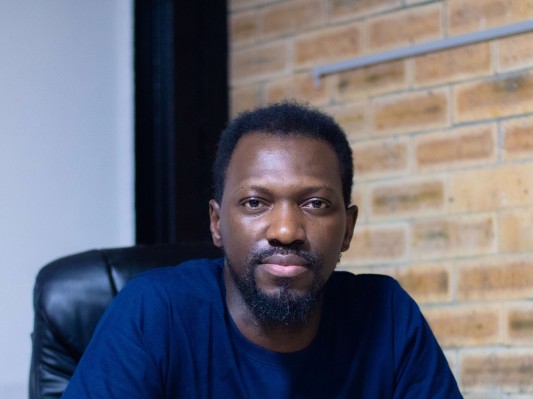 On Monday, Clara Wanjiku Odero, a former employee of African payments giant and unicorn Flutterwave, accused the companys chief executive officer Olugbenga GB Agboola of bullying and harassing her for years. She made the allegations in a Medium post and series of tweets that came after.

In the blog post, Odero recounted how a series of undescribed events led her to quit her job as Head of Implementation (Rest of Africa) in 2018 and when the time came for her to be settled, she claimed the company refused to do so.

However, upon her threats to sue the company, which she claimed led to various employees from the company asking to talk and resolve this amicably, Flutterwave finally paid her dues, she said in the post.

According to Odero, what followed was an accusation made by the company of her involvement with a Twitter account that called out male members of Flutterwaves management for sexual harassment.

I asked for my dues multiple times, [I] got no response, in fact [I] was threatened and I responded accordingly, said Odero, who is now CEO of Credrails, an open finance platform backed by SoftBank.

Flutterwave paid me my money after having multiple people call me to call off my lawyers; lawyers I had to call because they refused to pay me simply because they thought I would do nothing [a.k.a] bully me. Without any proof, they accused me of being behind an account calling out the male members of management for sexual harassment.

Oderos post also revealed how she got introduced to a bank in Nigeria for a role which GB then sabotaged by saying I was a bad worker, a crime in California. But what broke the camels back for her was when Flutterwave, in an attempt to keep doing business in Kenya with M-Pesa, had kept my number as the contact person on the Mpesa pay bill.

In this local piece published two years ago, Wanjiku claimed her number was used as the contact person in a fraud that involved Flutterwave allegedly setting up non-existent sex parties in Thika, Kenya and extorting Kenyans up to Sh1,500.

Wanjiku sued Flutterwave for damages and won a settlement, according to her blog. However, she appealed the case after deeming the payment inadequate to compensate for all the troubles caused. This was corroborated in a recent interview granted by Agboola and several important members of Flutterwave and released hours before Wanjiku published her Medium post.

An ex-employee who led one of our country expansions sued us for negligence and emotional trauma for not removing their name as the contact person in the country. So anytime there was a merchant enquiry, they were called. They said this was emotional harassment, Flutterwaves CEO revealed.

We tried to resolve this amicably, but it was impossible. They asked for $900,000 to quash the lawsuit. We refused because we didnt believe $900,000 in damages represented the cost of the alleged negligence. They proceeded with the lawsuit, and the judge awarded them an equivalent of $2,500 for damages. When it was time to cut the check, they declined it and said theyd appeal.

The interview, which might have prompted Wanjiku to tell her side of the story, mainly highlighted Flutterwaves rise to becoming Africas most valued company after completing a $250 million Series D round at a $3 billion valuation in February. It also noted that Flutterwave dealt with a sexual harassment case where it discovered an employee had been inappropriate towards his team members. which led to immediate dismissal, the company claimed.

TechCrunch reached out to Flutterwave for comments, asking specific questions about Wanjikus bullying claims by the company and its CEO. The fintech company declined to address each of our questions and instead sent this response:

As an organization that continuously strives to create an environment where employees feel secure and safe, we take the recent allegations of bullying from a former employee very seriously.

We categorically state that there is no place for bullying or harassment of any kind in our workplace. We have a zero-tolerance stance on bullying and a robust independent disciplinary committee and processes in place to stamp out abuse of any kind.

Flutterwave has grown significantly in personnel, over the last 3 years. We experienced most of that growth during lockdown it was very important for us to bring the entire company together to meet each other in one location, (for the first time in many cases), share our story, challenges and build camaraderie. Sharing some of our challenges as a company, understandably caused a reaction from a former employee.

We confirm that at the point of resignation, all monies due to our former employee at the time were promptly disbursed and we have records to confirm this. We however sincerely regret the circumstances that led to the dispute and wish it had been addressed in a more timely manner.

In no way did we take this lightly. We want the ecosystem to have a healthy and productive work culture and we are committed to doing our part.

In an interesting turn of events, Wanjiku told TechCrunch, I am no longer allowed to speak on this for the ecosystem when we reached out to her to share more parts of her story.

This news comes two weeks after Lagos-based tech publication TechCabal published a report on the toxic and unhealthy workplace culture created in Bento, an HR platform by its CEO Ebun Okubanjo. The report has sparked a conversation leading other employees across tech and different sectors in Nigeria and Africa to share similar workplace experiences in the past few weeks.

This is a developing story… Trump Strikes Out Before His Judges…

Analysis: The speaker fight is over but the chaos...

Ryan Blaney hoping for smooth sailing at Charlotte after...

LG OLED TVs are about to get a huge...

Salesforce and Slack will loosen NDA restrictions for all...

Exam reveals no definitive cause of death for Kentucky...

Briton Hudson-Smith says he attempted to take his own...

António Horta-Osório: The banker who can’t stay out of...

R. Kelly sues Brooklyn jail for putting him on...

TikTok Ban May Satisfy Lawmakers — And Shift The...

Wisconsin officer who killed man in park could face...

Japan’s female bosses mapping a course for other women

McConnell has a leg up on Trump. Will the...

Kansas researcher to mount defense over China ties at...

How Much More Economic Growth Can the Planet Sustain...

Aaron Rodgers has dominated Cowboys. How will he approach...

Death Valley route buried in floods closed for another...

Fire breaks out in Kent field

England sends warning to Group B with blowout of...

Top Hollywood producer behind ‘Scrubs’ and ‘Californication’ charged with...

“Very active investigation” after deadly shooting at Fourth of...

Meati Foods sinks teeth into $150M to expand its...

Number of postal voters in Scotland increases by 38%