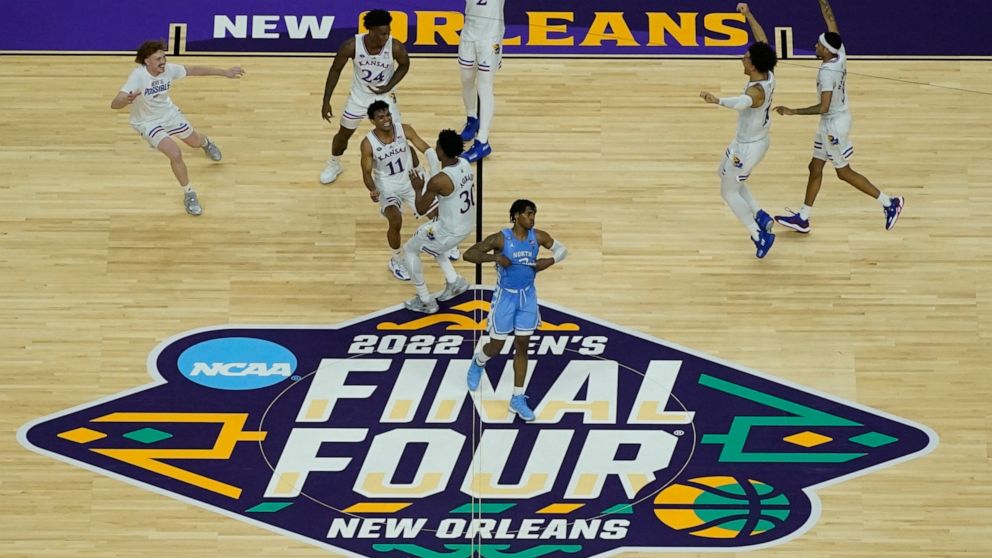 The Jayhawks’ 72-69 win averaged 18.1 million viewers on TBS, TNT and truTV. It is also a 4% increase over last year’s title game between Baylor and Gonzaga on CBS. This was the third time the championship game was on Turner networks, but first since 2018. They were supposed to have the 2020 final, but the tournament was cancelled due to the coronavirus pandemic.

The entire tournament on CBS and Turner averaged 10.7 million viewers, a 13% increase over last year.

Kansas’ 16-point rally, which was the biggest comeback in championship game history, was also the third most-watched college basketball game in cable TV history. Saturday’s semifinal matchup between North Carolina and Duke, averaged 18.5 million, ranks second. The 2015 semifinal between Wisconsin and Kentucky also on Turner is No. 1 (22.63 million). Everything we know about Lapsus$ and Okta so far

Why Shah Rukh Khan is still ‘king of Bollywood’

How the Venture Capital Industry Created the Modern World

Tom Curry ruled out of England’s tour of Australia...

Trooper to be arraigned in death of Mubarak Soulemane

Platinum Jubilee: Joy and tears among Trooping the Colour...

Unprofitable Fintechs Like Dave, Monzo and Varo Are at...

Kremlin says repeated predictions of Ukraine invasion may have...

House to vote on bill to help veterans exposed...

US inflation will likely stay high even as gas...

Hunter Biden had a high-end income and lavish lifestyle....

Shipwreck discoveries and a crowdfunded country: Travel news this...

Video shows deserted streets in Shanghai as millions are...

Wizz Air Says Flight Delays Are Easing Off After...

Relatives fear bodies are ‘floating in water’ at Ayr...

Michael Gove: Levelling up must not fail new Tory...

Author Deanna Singh on how to create an inclusive...

Dangerous heat wave descends on parts of Midwest and...

California to ease Covid rules in path to ‘endemic’...

Black voters are fleeing Biden in droves. Here’s why