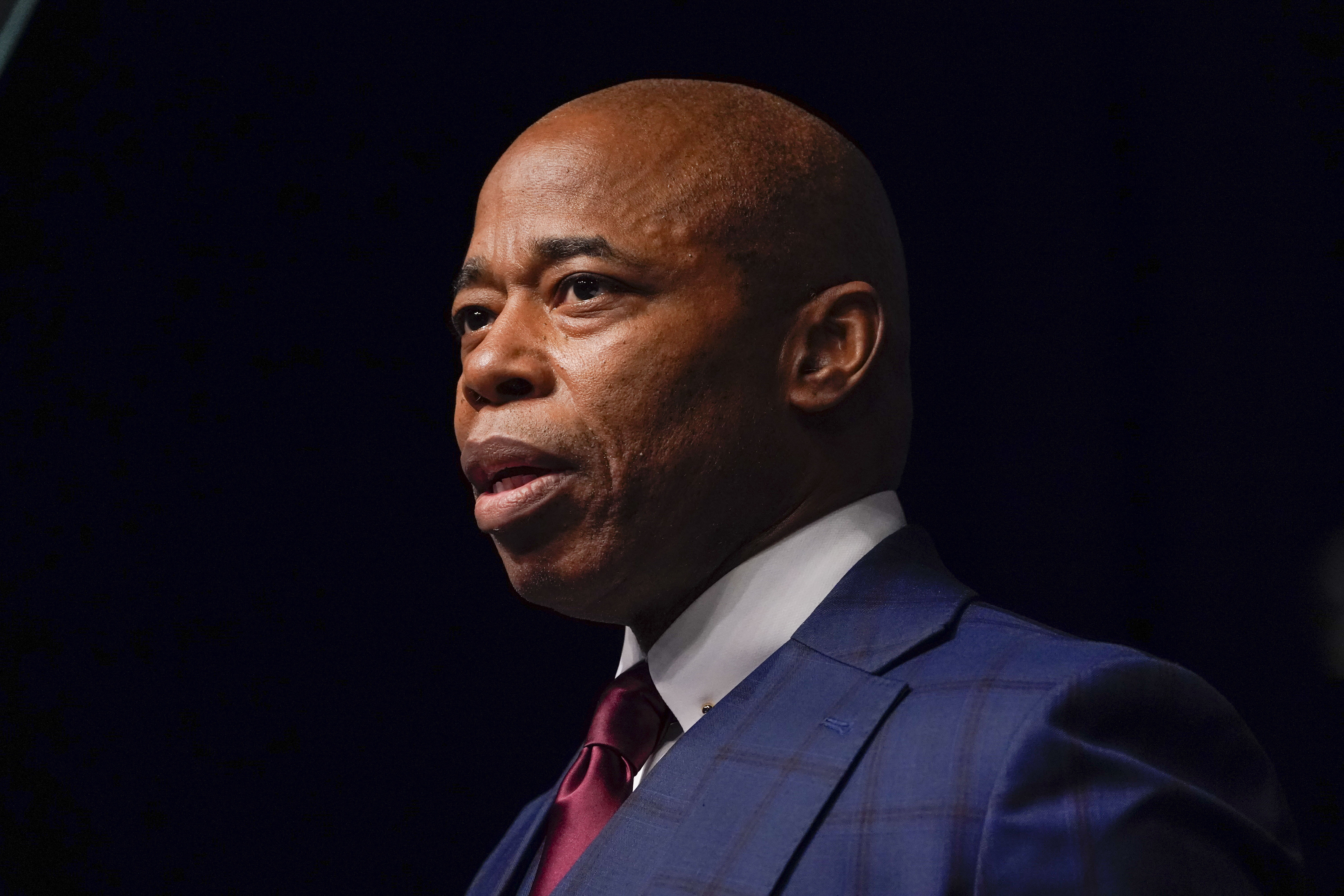 Other folks want people to hide their color. We like to show our color and this rainbow is representative of this community, Adams said in front of poster-sized copies of the advertisements including one with a colorful collage of the word gay around the phrase, Come to the city where you can say whatever you want.

Ill say it because the mayor probably wont, but I want to give a big FU to Gov. Ron DeSantis for his lack of leadership and solidarity to the LGBTQ community, New York City Council Member Chi Ossé said at the City Hall press conference.

Adams has partnered with private companies to erect the digital billboards in Fort Lauderdale, Jacksonville, Orlando, Tampa and West Palm Beach for eight weeks from April 4 through May 29. City taxpayers will not incur any costs from the campaign thats being funded by the advertising firm Kinetic, Adams said.

Billboards and social media will display colorful art with catchy phrases like People say a lot of ridiculous things in New York. Dont Say Gay, isnt one of them as part of the campaign.

The announcement comes a month after Adams angered local LGBTQ advocates by appointing officials with histories of making anti-gay remarks to senior positions in his administration. On Monday a reporter asked Adams if hed commit to demands some of advocates made after a March meeting with the mayor about the controversial hires. One of the asks was to install an office of LGBTQ affairs at City Hall. Adams refused to make any promises.

We believe he made a big mistake in making those appointments, said Allen Roskoff, a prominent LGBTQ rights advocate, who stood with Adams at Mondays press conference after rallying against the mayor just a month earlier.

We decided to move on and work with the mayor, Roskoff said. Theres a lot that we can do together.

The new mayor has a mixed record on LGBTQ issues. He supported same-sex marriage in 2009 when was a state senator, making an impassioned speech on the bodys floor, comparing laws against the unions to those prohibiting interracial couples from wedding before 1967. Pence rolls out Republican policy agenda ahead of midterms

Fired Philadelphia cop charged with murder in shooting of...

Biden won’t get away with blaming Putin for inflation

‘Inventing Anna’ Cast on the Real-Life Inspirations Behind Their...

Berlusconi’s MFE Said to Team With Xavier Niel for...

US hones warnings, offers to Russia over Ukraine

Thirty-Year Anniversary: Commemorating Every Single Season Of The Real...

Avril Lavigne: ‘I still do the groceries’

Allison Fluke-Ekren: US woman held for leading female IS...

Why You Should Care About ‘Sticky’ Inflation

Even NASA is an Elder Scrolls Oblivion fan

No, President Biden, Children Don’t Belong to the Government...

Here are the countries that import the most Russian...

US mission in Ukraine revealed — and it’s not...

Human behavior expert shares tips for how to ace...

GOP rep says Republicans have ‘no other option’ than...