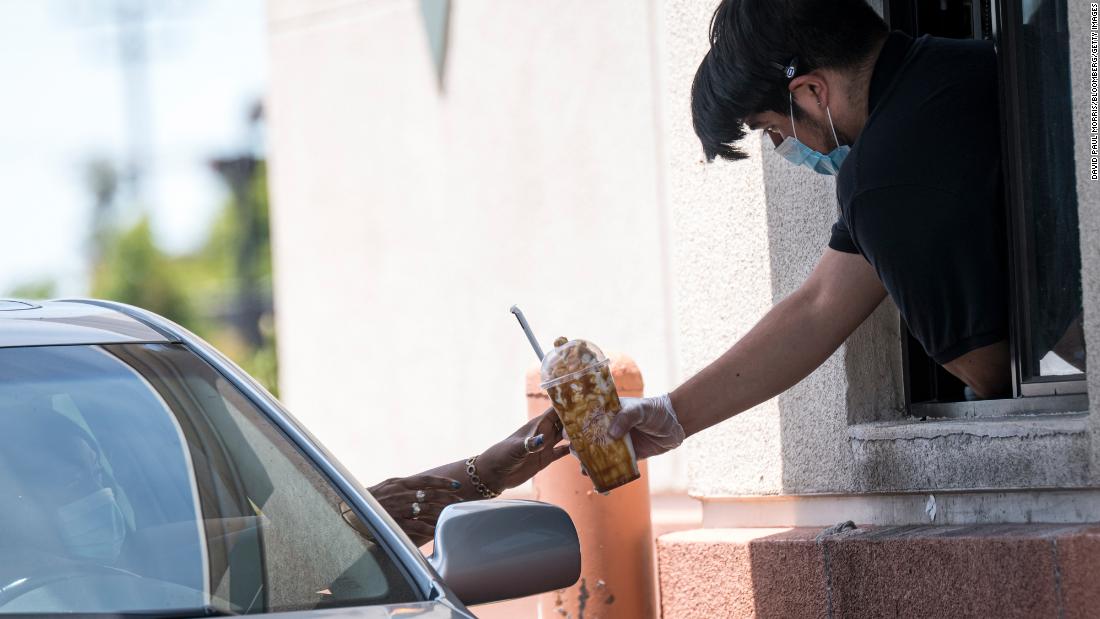 A version of this story first appeared in CNN Business’ Before the Bell newsletter. Not a subscriber? You can sign up right here. You can listen to an audio version of the newsletter by clicking the same link.

London (CNN Business)Just three weeks ago, Starbucks(SBUX) announced that it had big plans to lavish its shareholders with new rewards. The company said it was reinstating its stock buyback program, touting a $20 billion commitment over the next three years.

“While our growth this year will not be linear, we are confident our approach supports a profit positive company today and over the long-term, creating value for all stakeholders, our partners, our customers and our shareholders,” Chief Financial Officer Rachel Ruggeri said in a presentation to investors.

But that plan was thrown out of the window when Howard Schultz assumed the role of interim CEO on Monday, taking the reins of the company for a third time.

“This decision will allow us to invest more into our people and our stores the only way to create long-term value for all stakeholders,” he wrote.

What changed? Share buybacks are under the political microscope after reaching an all-time high of $882 billion among S&P 500 companies last year. Handing cash to investors typically boosts share prices by reducing the number available, but critics say that money would be better spent on workers and other investments that can boost the broader economy.

The other big factor, then, is workers. Since December, several Starbucks stores have unionized against the company’s wishes, my CNN Business colleague Danielle Wiener-Bronner reports. More are considering the option.

Schultz has tried to dissuade employees from unionizing, touting the importance of a “direct and shared relationship” with workers.

But in the wake of the pandemic, employees fed up with long hours, health risks and rising costs due to surging inflation have more power than they used to. Job openings in the United States stood at 11.3 million in February, near the all-time high, as companies struggled to hire and retain workers.

That’s given extra oomph to efforts to form unions. Last Friday, Amazon(AMZN) warehouse workers at a facility in New York City voted to form the first US union in the tech giant’s 27-year history.

Breaking it down: In this climate, generous share buybacks may be tougher for management to defend, and boards like Starbucks’ may decide that money should go to staff instead. After all, stockholders had it pretty good during the pandemic.

On the radar: Senator Bernie Sanders drew a direct line between the excesses of buybacks and the need for unions in a recent statement after Schultz’s new role was announced.

“If Starbucks can afford to spend $20 billion on stock buybacks and dividends … it can afford a unionized workforce,” he said.

War bonds and NFTs: How Ukraine is funding its defense

The epicenter of the latest effort to raise money for Ukraine was a bare-bones office above a bakery in north London.

Isaac Kamlish, Nathan Cohen and Isaac Bentata ages 23 to 25 gathered around their laptops last week and helped launch the first-ever sale of one-of-a-kind digital collectibles by a national government.

In 24 hours, Kyiv, using technology developed by the trio, sold more than 1,200 non-fungible tokens, or NFTs, raising about $600,000 to help fund its defense against Russia.

The auction, which made novel use of blockchain technology as a lever of wartime financing, underscores how Ukraine’s government is using both new and traditional tools to generate the cash it needs to survive the crisis.

One playbook has been old school. Kyiv has hauled in roughly $1 billion from war bonds sold to people and institutions in Ukraine, as residents show a willingness to lend to the government even if it’s not guaranteed they’ll get all their money back.

President Volodymyr Zelensky’s administration has also encouraged would-be donors around the world to directly transfer cryptocurrencies, an effort that’s raised more than $56 million, according to analytics group Chainalysis. And the NFT sale last week saw collectors from Los Angeles to Barcelona rush to participate in what they saw as a major moment for Ukraine and crypto.

“The Ukraine war is devastating, and it will be in history books,” Ben Jacobs, the co-founder of Scenius Capital, a digital asset investment firm, told me. “This usage of crypto technology is also historical in its own right.”

Jacobs, who is based in Venice Beach, California, bought two NFTs, spending a total of $1,100 including small fees related to the transactions. About $1,000 in ether the cryptocurrency typically used for NFT sales went to Ukraine’s government.

The London Metal Exchange is still in crisis mode

When a trade jumps by 250% in a matter of days, investors typically pop bottles of champagne. In early March, nickel futures did just that soaring on the London Metal Exchange from about $29,000 to $100,000 per metric ton following the invasion of Ukraine. But the champagne remains corked and investors are threatening to sue.

On Monday, British financial regulators said they were probing recent actions by the exchange, citing concerns about transparency.

So what happened? My CNN Business colleague Nicole Goodkind dug into the chaos at the LME and its uncertain future.

Over the past century-and-a-half, the LME known for its ring of red couches and barking brokers has successfully trudged its way through world wars, meltdowns and defaults. But nickel, the metal used in stainless steel and the lithium-ion battery cells in most electric vehicles, might be what finally deals a fatal blow to the world’s largest market for base metals.

“The LME is now very likely going to die a slow self-inflicted death through the loss of confidence in it and its products,” tweeted Mark Thompson, executive vice-chairman at Tungsten West, a mining development company.

The dramatic run-up in prices, triggered in part by a Chinese metal tycoon, led the LME to issue a sudden trading halt. Some trades were even canceled. As a result, many investors lost faith in the exchange and are looking to take their business elsewhere. But options are limited.

“There is no alternative at the moment,” said Nikhil Shah, an analyst at CRU Group. “There isn’t another choice out there.”

The ISM Non-Manufacturing Index, which tracks the US services sector, arrives on Tuesday.

Puerto Rico party to hold vote on its political...

Democrats, Not ‘Democracy,’ at Risk Today

Australia Plans Base That Can Host American Subs…

Rapper Theophilus London found and in ‘good condition’ after...

Jones to return against Gane as Ngannou leaves UFC

Argentina not FIFA No. 1 despite World Cup win;...

The Ashes: Haseeb Hameed’s struggles continue as he edges...

Husband and wife get decade in prison for terror...

Graham ramps up tension with Jackson: ‘I think you’re...

Watch NASA crash a rocket into an asteroid twice...

Indonesia’s new laws a threat to privacy, press and...

Cold blast to hit much of U.S.

Robinhood to let users lend out their shares in...

The Morning After: Tesla’s cheaper Model Y is almost...

Sean Shelby’s Shoes: How Khamzat Chimaev should be handled...

Red flag laws get little use as shootings, gun...

Hertz will order up to 65,000 Polestar EVs for its rental fleet

Guardians of the Galaxy: Cosmic Rewind Opens May 27 at EPCOT!