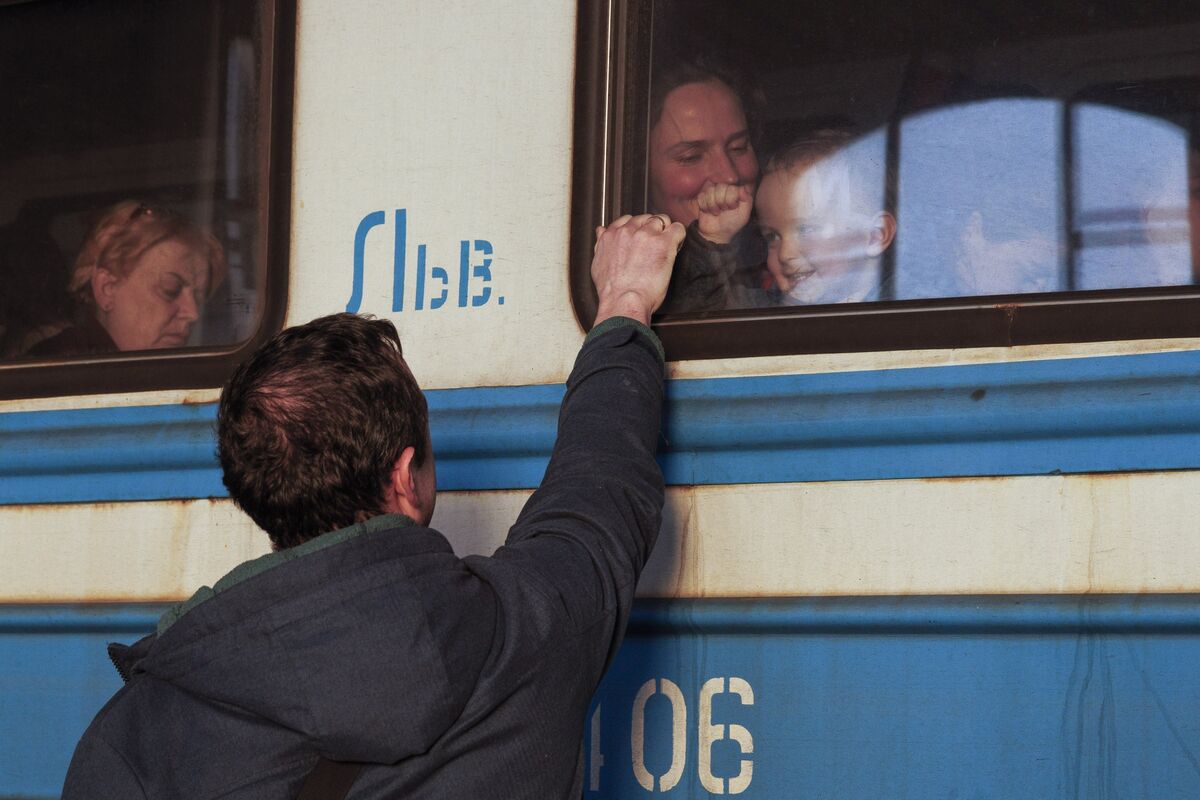 tried for war crimes as the U.S. and European Union consider more sanctions to further punish Russiathis time for an alleged mass killing of civilians thats fueled global outrage. The EU condemned atrocities committed against Ukrainian civilians that were discovered as Russia withdrew from around Kyiv, including allegations of

400 dead civilians have been found in the towns around Kyiv. In a statement on behalf of the 27-nation bloc, EU chief foreign envoy Josep Borrell blamed the occupying Russian forces for the dead bodies seen strewn across the streets of Bucha. The Russian authorities are responsible for these atrocities, committed while they had effective control of the area, Borrell said. The massacres in the

atrocities committed on European soil.Ukraine said Moscows attacks were ongoing, including on the besieged port city of Mariupol as well as Odessa, as the worlds attention focused on what Ukraines President Volodymyr Zelenskiywho just visited Buchasaid was evidence of

Russian-perpetrated genocide. The Kremlin has denied the allegations. The Defense Ministry in Kyiv and U.S. officials said Russia is regrouping to gain a tactical

advantage in the east and south, storing fuel and organizing hospitals for an influx of wounded as it prepares for a new offensive. Zelenskiy has called for tougher sanctions against Russia when the G-7 meets this week. But despite global condemnation of Putin and a corporate exodus, some Russian products are still in demand. The metals industry, for example, is still buying up Russian supply.

Shanghai to ease some COVID testing requirements from June 1 –... Shanghai to ease some COVID testing requirements from June 1 –... DeSantis amplifies 2024 chatter with trip to Nevada to...

Boris Johnson’s ‘Festival of Brexit’ is a ‘Recipe for...

Mayfield on the road to recovery after December tornadoes

4 Women Photographers on the Hardest Photo They Ever...

Mother Nature cooks up a historic heat wave for...

Gulf IPOs Plow Ahead as Other Regions Go Quiet...

Nvidia and IBM have a plan to connect GPUs...

Diplomacy, prayers: Things to know about the Ukraine crisis

Here are the Russians sanctioned by the US

Woman killed, officers hurt in standoff with gunman in...

Lawford: The village where the women are still in...

Garmin’s super-smart new watch is built for pilots, but...

Inmate at large after escaping custody at Chicago O’Hare...

A slew of cities and schools are ditching mask...