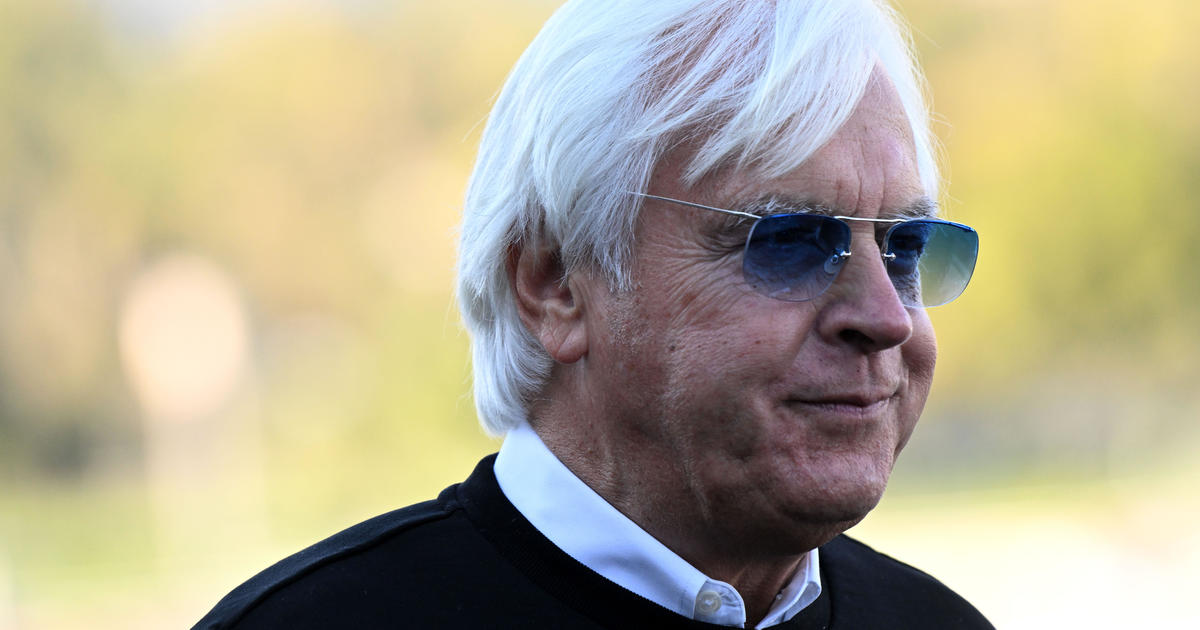 Baffert, whose appeal for a stay of his suspension was denied by the Kentucky Court of Appeals on Friday, is banned from all enclosures under the jurisdiction of the CHRB during the suspension, including Santa Anita Park in Arcadia and Los Alamitos Race Course in Cypress.

He is also not permitted to be involved in the training of horses previously under his care.

“Because of the CHRB’s ruling, any trainer on the grounds at Santa Anita Park, Golden Gate Fields, San Luis Rey Downs or Los Alamitos Race Course who may be the transferee of horses from the Baffert barn will be required to apply for stalls for those horses from the Santa Anita or Golden Gate Fields racing offices, as applicable, for review and approval,” according to a statement issued Saturday by 1/ST Racing, an arm of The Stronach Group, which owns Santa Anita. “A Change of Trainer form will also be required to be submitted in order to enter races following such transfer. Horses that are not transferred to a trainer in California will be required to leave the grounds prior to April 4.”

Baffert must vacate his barn at Santa Anita Park prior to the start of the suspension Monday.

“I’m extremely disappointed that the Kentucky courts have deemed it appropriate for Mr. Baffert to have to serve a 90-day suspension (a) based on a topical ointment that is not a rules violation and (b) before his case has even been heard,” said Craig Robertson, Baffert’s Kentucky-based attorney, according to the Los Angeles Times. “This is unprecedented in the history of Kentucky horse racing.”

Medina Spirit won the Kentucky Derby last May but later tested positive for the steroid betamethasone, leading to challenges to the validity of the victory. Officials at Churchill Downs announced that Medina Spirit would be disqualified if the test was confirmed, and it suspended Baffert for two years.

Baffert and his attorney have insisted that the positive test was the result of a topical ointment known as Otomax being used to treat a skin condition, not an injection aimed at enhancing the horse’s performance in the race.

Betamethasone is legal except on race day.

Medina Spirit died at the end of a workout at Santa Anita Park in December.

In a statement released shortly after the 3-year-old colt’s death, track officials said, “Following the completion of a routine morning workout, Medina Spirit collapsed on the track at Santa Anita Park and died suddenly of a probable cardiac event according to the on-site veterinary team who attended to him.”

A necropsy performed on Medina Spirit in December failed to determine a definitive cause of death, according to the CHRB.

The animal-advocacy organization PETA had called for a thorough investigation of Medina Spirit’s death, and urged action against Baffert, saying seven horses he was training have died in a 16-month period.

In a statement released after the necropsy report was released, PETA’s senior vice president, Kathy Guillermo, said, “How many Bob Baffert- trained horses will drop dead with no known cause before he is booted out of racing? We urge the California Horse Racing Board to retain blood and urine samples from the horses, as new tests to detect as-yet unknown doping agents are likely to be developed.”

This is not the first accusation of wrongdoing against the 69-year-old trainer, who has had dozens of horses fail drug tests over the years.Legendary horse trainer Bob Baffert has been suspended by the California Horse Racing Board effective Monday.

Baffert is not be permitted to be involved in the training of horses previously under his care, and is banned from all enclosures under the jurisdiction of the CHRB during the suspension.

Baffert must vacate his barn at Santa Anita Park prior to the start of the suspension, and any trainer at Santa Anita Park or Los Alamitos Race Course who is training horses from the Baffert barn will be required to apply separately for stalls for those horses. People with Covid in Scotland no longer need to...

Dad Dragged for Saying Son’s Hobby Is ‘Embarrassing and...

Are these women the future faces of the NHS?

Your Evening Briefing: US Recession as Self-Fulfilling Prophecy

FaZe Clan Is Going Public—Just as the Creator Economy...

US states seek to ease inflation burden with direct...

Hyundai gets $1.8B in aid to build electric cars...

5 takeaways from investigation into Uber’s influence-peddling

Tears for Fears returns with “The Tipping Point”

Reaction at the Supreme Court and on Capitol Hill...

War in Ukraine: Evidence grows of civilian killings in Bucha