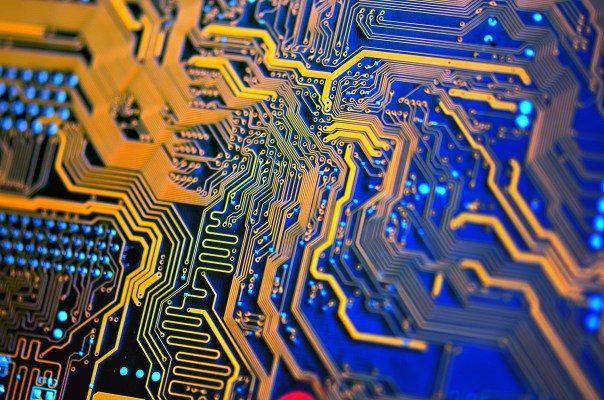 To get a roundup of TechCrunchs biggest and most important stories delivered to your inbox every day at 3 p.m. PT, subscribe here.

Its a beautiful day in our neck of the woods, and we have a great lineup of news for you today, so lets goooooo.

Grab your calendar and add these two: Were doing a Data and Culture Transformation event on April 26 for the big data aficionados, and now is your last chance to buy discounted tickets for our in-person TC Sessions: Mobility event on May 18 and 19, as well as the virtual event on the 20th.

Dont worry, its Thursday. The weekend is almost here. You can do it; we believe in you. – Christine and Haje

We get a teensy bit excited whenever Y Combinator does a set of demo days. I recommend that you read all our coverage this week, obvz, but if you want a quick summary, read part 1 and part 2 of our everything you need to know posts, make yourself a cup of coffee, and follow that up with our favorite startups part 1 and part 2, then pour yourself an adult beverage and wrap it all up with Devins irreverently irresistible (and irrationally ironic) review of his favorite YC logos.

Tis the season for new venture funds, apparently. Freestyle closed its sixth fund, adding $130 million of dry powder to invest, while Gumi Cryptos Capital (gCC) has a $110 million block of cash in the form of its second to deploy into the crypto universe.

Docker was on the ropes for a little while, there, but hooo boy did it make a comeback. The company just announced a whale of a round, raising $105 million of fresh capital on a $2 billion valuation.

More stories of up, up, and away:

5 things first-time founders must remember when working with VCs

Nothing beats experience like experience, which is why we were happy to run a column written by Zach DeWitt, winner of the 2013 TechCrunch Meetup and Pitch-off.

DeWitt, who became a VC after selling Drop, Inc. to Snapchat in 2016, shares five essential lessons for first-time founders wandering in the wilderness in search of an investor who’ll be “a true partner.”

There’s an inherent power imbalance when asking a stranger for money, but “VCs should work to earn your trust,” writes DeWitt.

“In many ways, its like finding the right spouse.” Renault silent after media report about transfer of Avtovaz...

Kyiv says at least 21 dead in strike near...

Sunak Reaches the Top on Diwali: The Readout With...

Tropical Storm Ian live updates: This is when the...

Mom Backed For Confronting Woman In Parents’ Group About...

Woman accused of calling in hoax bomb threat to...

Malawi moves elephants from overcrowded park to larger one

Rockers on Broadway drops a charity album of 12...

Officials: Fugitive who escaped from prison bus killed by...

Some LGBTQ Ukrainians fear abuse if Russia invades: “We...

An Agenda for the Normiecons

Startups at CES showed that age-tech can help everyone...

Goat Brand Labs, a house of D2C brands in...

United cuts flights at Newark in effort to reduce...

Celebrating Eid al-Fitr Around The World From Saudi Arabia...

Russian forces close in on Ukraine’s capital as U.S....