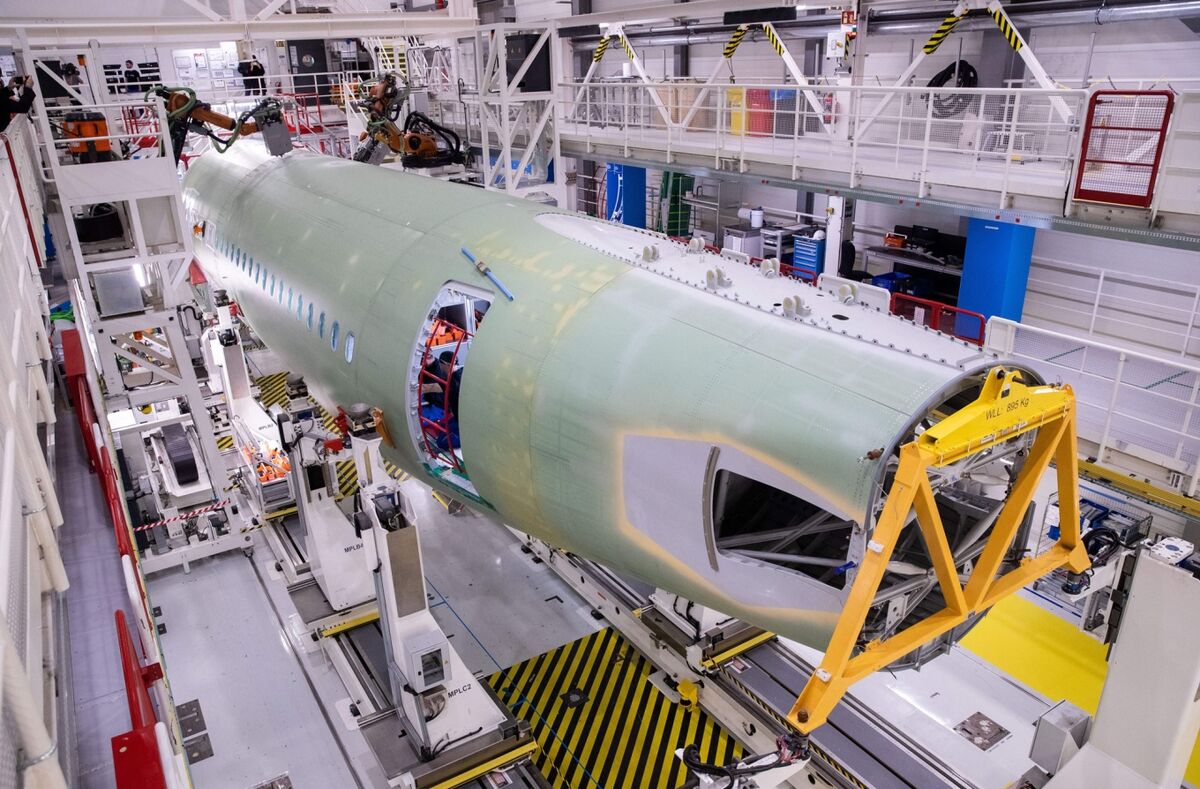 Airbus SE is searching for alternative sources of titanium to ensure a lack of access to the lightweight metal doesnt interfere with the planemakers plan to increase production.

The planned ramp-up to a rate of 65 A320-family narrow-bodies per month by mid-2023 is the number one priority for the group, European sales chief Wouter Van Wersch said in an interview. Airbus relies on Russia for about half its supply, creating the potential for disruption if shipments are interrupted.

We are looking into it very closely to see how we can ensure it doesnt impact our supply chain and our ramp-up, Van Wersch said on the sidelines of the Airlines for Europe meeting in Brussels. For now, theres no issue.

Airbus has set ambitious plans to push build rates up from the current 40-odd a month to capitalize on demand for A320-family jets. The company is seeking to recover to pre-Covid 19 output rates and then move higher. But the Russian invasion of Ukraine has put titanium supplies at risk for both the manufacturer and its suppliers.

The Toulouse, France-based manufacturer currently gets about half its titanium sponge from Russia, and key suppliers like engine-maker

For now, the European Union has allowed Airbus to keep buying Russian titanium, while U.S. rival

Boeing Co. has said it would

This will be a good year for sales in Europe, according to Wersch, making securing the ramp up even more essential. Airbus is currently on track with its production plans, he said.

Rubio and FEMA chief on Ian’s devastation: ‘I don’t think it... Rubio and FEMA chief on Ian’s devastation: ‘I don’t think it...

Countries speak out at the UN: ‘Ukraine, you’re not...

The country where 30 farmers die each day

Sandy Duncan on life before and after “Peter Pan”

WHO Europe warns of COVID rise in east, like...

You Should Still Test Yourself for Covid. Here’ When

Saying Goodbye to a Resilient Friend of America |...

Jaguar and Land Rover drivers can now talk to...

A video game industry veteran on making the art...

Why your usual Wordle strategy isn’t working today, according...

The weapons the U.S. and allies are providing to...

EU Salvages Unity With Deal to Ban Most Russian...

Sarina Wiegman: The player, the manager, the leader, the...

Belarusians join war seeking to free Ukraine and themselves

Father and son die in Isle of Man TT...