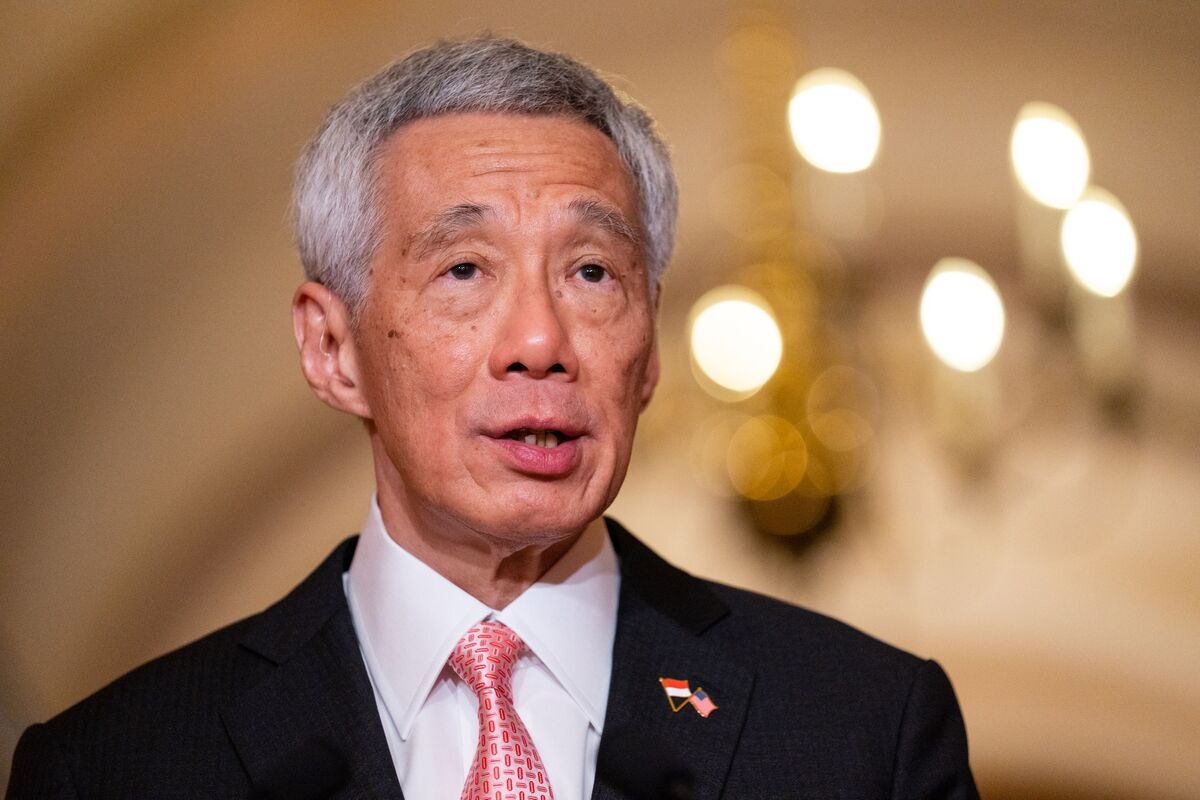 Lee was asked during

an event organized by the Washington-based Council on Foreign Relations on Wednesday whether he thinks China has paid a political price in the region for maintaining ties with Russia.

I think it presents them with awkward questions because on Ukraine, it violates the principles which the Chinese hold very dearly territorial integrity, and sovereignty and non-interference, Lee said. And if you can do that to Ukraine, and if the Donbas can be considered to be enclaves, and maybe republics, he added before the moderator interrupted to ask what about Taiwan.

Or other parts of non-Han China? Lee then said. So, that is a very difficult question.

His remarks echo concerns in Asia and elsewhere on whether China would use the war in Ukraine to advance its own strategic interests closer to home. Much of the Asia-Pacific depends on Beijing as a key economic partner and Lee said Chinas refusal to distance itself from Russia wont negatively impact its standing in the region.

I do not think that in the region, the fact that China refuses to distance itself from Russia, costs it, he said. All the countries in the region they worry about sovereignty and the principles of the UN charter but at the same time, they want their ties with China and quite a few of them have significant ties with Russia, for example, India.

Most Asian nations have refrained from imposing sanctions against Russia even as several condemned the invasion at the United Nations. Singapore is the only country in Southeast Asia to do so thus far with Lee saying during a joint statement with President Joe Biden on Tuesday that the territorial integrity of countries must be respected.

Since the war started, Beijing has sought to portray itself as neutral. China has issued statements supporting Ukraines sovereignty and expressed concern about civilian casualties, while supporting Russia at the UN and blaming the U.S. for provoking the war by encouraging the expansion of the North Atlantic Treaty Organization.

Lee said the developments in Ukraine are bound to have a big impact on U.S.-China relations. It will strain them; it has already strained them, he said. You hope that with contacts between President Biden and President Xi at the highest level, rational calculations will be made, and the relations will hold. In other words, not become worse than they already are.

Singapores Prime Minister also said he thought China unlikely to volunteer a mediator role in the war. Minister for Foreign Affairs Vivian Balakrishnan earlier this month said he hoped China will use its

enormous influence on Russia to help end the conflict.

I do not think it is very likely that the Chinese will volunteer for this task, Lee said. I think they would much rather somebody else stand up to it and I do not think that lack of a mediator is the problem in Ukraine. Mack Maine on investing in emoji and NFT startup...

Avalanche kills snowshoer and his dogs: “Companions to the...

The five states yet to draw US House maps

Are we seeing evidence of a startup slowdown? –...

Are Nick Saban, Dabo Swinney, other pricey coaches worth...

IKEA and Sonos refresh the Symfonisk bookshelf speaker with...

Ukraine war: BBC interview with Russian ambassador to the...

Dozens of people are unaccounted for in Virginia after...

Herman, Lily, and Grandpa return in teaser trailer for...

Why Jack Dorsey Is Obsessed With Bitcoin

Ukrainian Official Who Defected to Russia in 2014 Killed:...

Are hackers in your phone? Here’s how to find...

China denies asking Russia not to invade until post-Olympics

Glasgow Warriors 13-3 Benetton: Home side up to second...