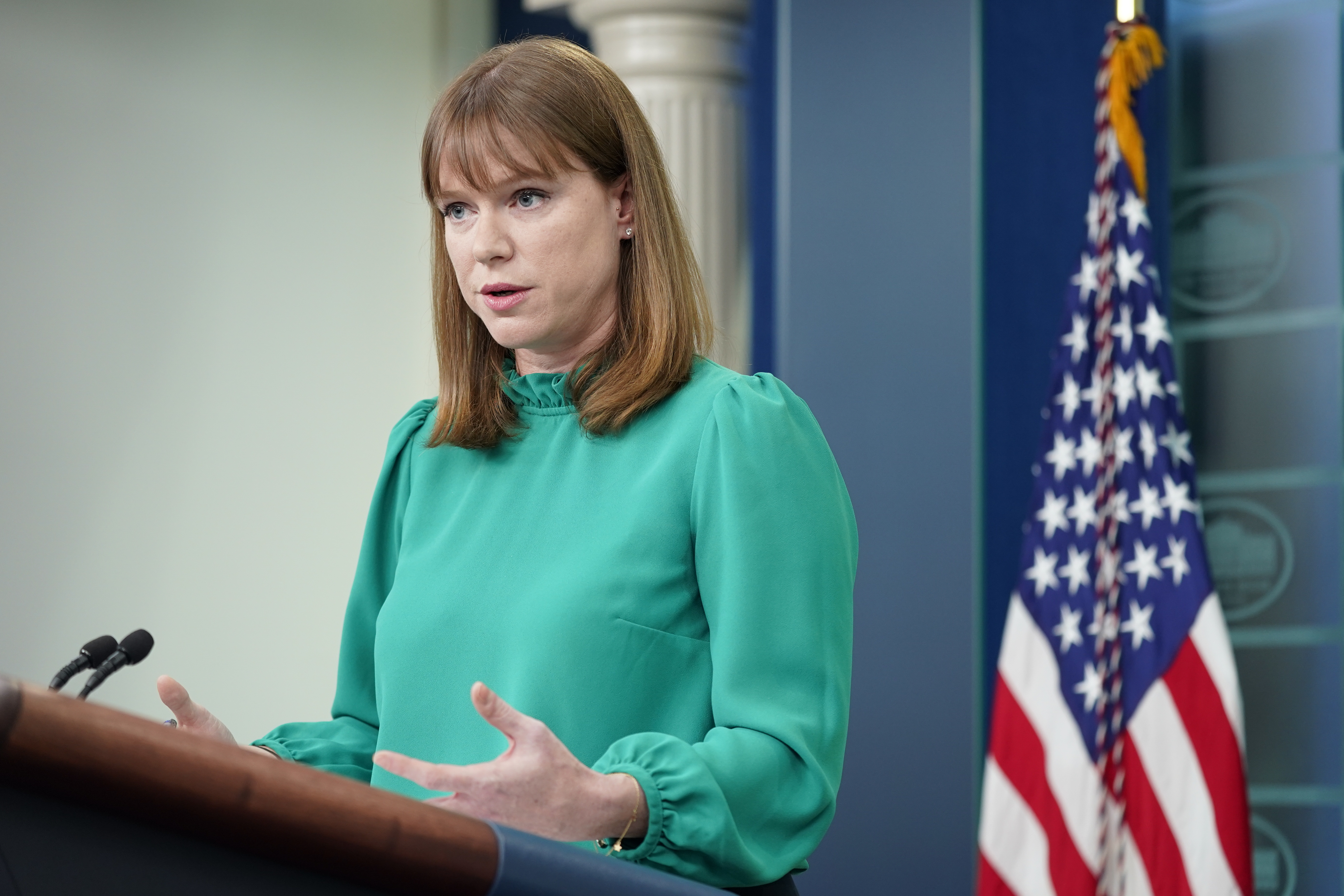 What kind of American, let alone an ex-president, thinks that this is the right time to enter into a scheme with Vladimir Putin and brag about his connections to Vladimir Putin? Bedingfield said. There is only one, and its Donald Trump.

Trumps latest request comes after he described Putins invasion of Ukraine as genius and savvy in February, rhetoric that falls in line with his tendency to speak favorably of the Russian leader. His latest request for Putin sparked more backlash this week, as Trump leaned into dubious claims about Hunter Bidens foreign business dealings, alleging that he received millions of dollars from the wife of Moscows late mayor Yury Luzhkov, and that Putin could confirm this information.

When leveling the allegations, Trump cited the findings of a report by Senate Republicans, a politicized investigation released before the 2020 election that mainly rehashed public information and added little new to the discussion.

She gave him $3.5 million, so now I would think Putin would know the answer to that. I think he should release it, Trump said in the interview with discredited far-right journalist John Solomon. I think we should know that answer.

Hunter Biden, who announced in 2020 that the U.S. Attorneys Office in Delaware had launched an investigation into his tax affairs, has been in headlines this week. The Wall Street Journal reported on Monday that a federal tax investigation was gaining steam as prosecutors gather information about the sources of his foreign income, and The Washington Post on Wednesday published a detailed report about Hunter Bidens interactions with a Chinese energy company and its executives. The report noted that the newspaper did not find evidence that Joe Biden personally benefited from the dealings, which took place after he was vice president and before he launched his bid for the White House in 2020.

Trumps public request for Putins help politically isnt a first. He asked the Russian government in 2016 to hack then-presidential candidate Hillary Clintons email server that she used while serving as secretary of State. And the former president was impeached in 2019 over allegations that he withheld military aid from Ukraine unless President Volodymyr Zelenskyy agreed to look into Biden and his son Hunter.

RSV: Parents should be alert to symptoms of common...

Ballerina statue cut down in Tulsa, sold for scrap...

Ron Johnson ‘Lying’ or ‘Incompetent’ in Case of Fake...

Poland and Sweden refuse to play Russia in World...

Bird flu in Lincolnshire: One million culled in bid...

Iran orders US to pay compensation for slain nuke...

Trump to hold Pennsylvania rally to campaign for Dr....

Amtrak engineer cleared in trial over high-speed crash that...

Meta is saving millions of dollars thanks to this...

Cold War: ‘Built among the hedges for Armageddon’

Samsung spilled the beans on its new budget fitness...

“No question” Russia is using hunger as weapon of...

Did Asus just kill our hopes of a cheap...

One dead, four hospitalized after shooting at DC hotel

‘Too many entrances’: GOP response to Uvalde massacre has...

How Ukrainian children are documenting the war they are...

Ambassador to NATO: ‘The US does not have a...

Marjorie Taylor Greene Says Nazi May be Getting Biden’s...

‘If you finish you beat everyone who doesn’t’ –...

Russian troops near another Ukraine nuclear plant, in Yuzhnoukrainsk,...

At least 5 killed, many more feared dead after...

Byron Leftwich expected to drop out of Jaguars’ head...

Sadie Jean Found Out ‘WYD Now?’ Was A Streaming Smash While In...