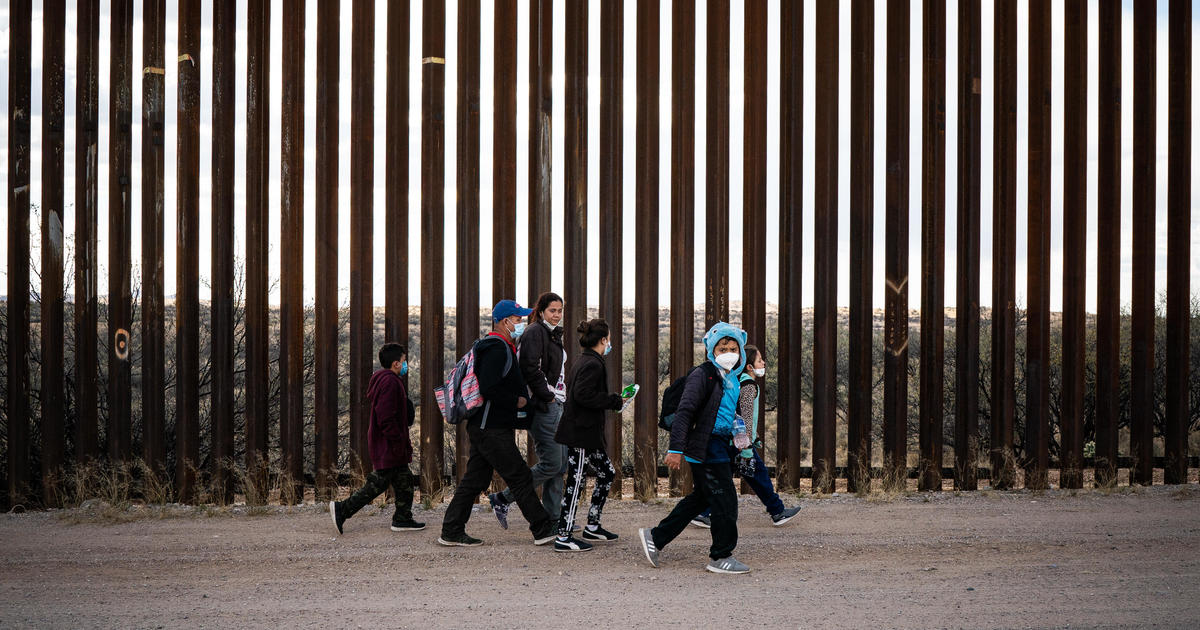 The Biden administration is planning to end a pandemic-era emergency rule known as Title 42 that allows U.S. immigration authorities to quickly expel migrants and asylum-seekers in late May, several people familiar with the plans told CBS News, describing what would be a major shift in U.S. border policy.

The preliminary decision to gradually discontinue the restriction comes after two federal court rulings in early March dealt a major blow to the Biden administration’s plan to retain the expulsions, which began in March 2020 under former President Donald Trump.

Citing the Center for Disease Control and Prevention’s (CDC) Title 42 directives, U.S. immigration officials have carried out over 1.7 million expulsions of migrants in the past two years, 70% of them under President Biden, who retained the policy despite reversing other Trump border initiatives. Named for a 1940s public health law, the authority allows U.S. border officials to quickly expel migrants without allowing them to apply for asylum.

Since August 2021, the CDC has been charged with reviewing Title 42 every 60 days to determine its continued necessity. The latest reassessment was due Wednesday. CDC spokesperson Kristen Nordlund said the agency was still working on the review and would “release more information later this week.”

High-profile Democratic allies of the president, including Senate Majority Chuck Schumer, had been calling on the administration to stop the Title 42 expulsions, citing the relaxation of other pandemic-related restrictions.

Republican lawmakers and some centrist Democrats, however, had urged the administration to continue the expulsions, saying Title 42’s rescission could trigger a sharp increase in migrant arrivals that would overwhelm U.S. border authorities and their processing capacity.

Fast food law could be flipped in 2024

Fruit and Veggie Outages in Canada Get Worse With...

Paris terror attacks: ‘I refuse to hate my brother’s...

Mastermind: Inside the world of competitive quizzing

Microsoft Says It Will Work With Unions, With Eye...

‘We get unwanted sexual attention every night out’

A look at how the Fed’s interest rate hike...

Kennedy Saves You From Fentanyl

9 arrested after vicious assault on women in north...

Former employee accused of defrauding Apple out of $10...

‘Meet The Press’ panel criticizes the Biden administration over...

Prepare for Vlad’s exit? Not yet…

How to have student loans forgiven if you don’t...

From Dinner Guests to Colonialism: How #Swedengate Took Over...

This Thor Love and Thunder-themed smartphone is the epitome...

House to vote Thursday on bill to cap cost of insulin