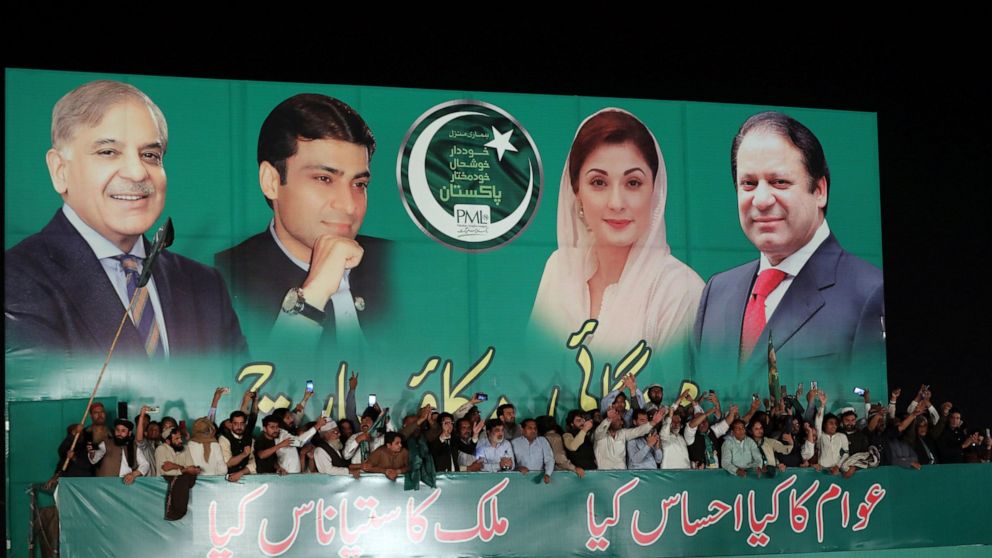 ISLAMABAD — Lawmakers appeared poised to push Prime Minister Imran Khan out of power in an upcoming no-confidence vote, after a small but key coalition partner abandoned him and joined the opposition on Wednesday.

The Muttahida Qaumi Movement has only five seats, but their move puts the number of Khan’s opponents in parliament at well over the 172 needed to oust him in the vote, to be held sometime next week.

It seemed likely to be the terminal blow to Khan, who already faces a revolt by a dozen lawmakers from his own Pakistan Tehreek-e-Insaf party who’ve publicly pledged to vote against him.

Nasreen Jalil, a leader of the MQM party, announced the decision to reporters early Wednesday.

Khan, who came to power in 2018 by getting 176 votes of the 342-seat National Assembly, or lower house of parliament, was expected to address the nation Wednesday night. BoE torn over whether to join big rate hike...

Hong Kong to report new record of at least...

Sharing pornographic deepfakes to be illegal in England and...

Oklahoma set to execute man for role in quadruple...

Fears grow for smaller nations after ransomware attack on...

Southampton 1-2 Watford: Ralph Hasenhuttl on an afternoon that...

Negotiations on whether to send F-16s and Patriots to...

Ford to double production capacity of its all-electric F-150...

Should masks become optional in schools?

Twitter makes it easy for Shopify merchants to highlight...

Colombia Girds for Coupon Shock in Bond Sale to...

Pelosi went to Taiwan. How far does China want...

Vyoma is the latest player seeking to prevent satellite...

Pokémon Go trainers who use Amazon Prime can snag...

Duggan, TCU rout No. 18 Oklahoma as Gabriel gets...

Man held in Vegas hookah lounge killing was among...

Switzerland says it knows of $48.5 billion in Russian...

Celebrities pay tribute to cricketer Shane Warne at service
BT puts the brakes on digital landline switchover - here's what that...