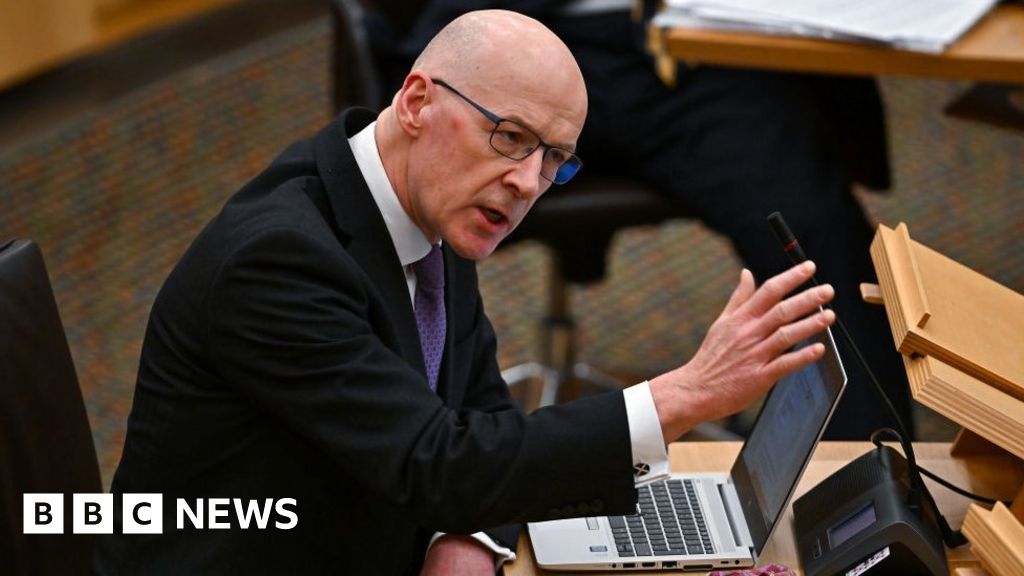 Two members of the Scottish government cabinet – including Deputy First Minister John Swinney – are isolating after testing positive for Covid-19.

Mr Swinney and Justice Secretary Keith Brown both announced they had the virus on Wednesday morning.

Case numbers have hit a record high, with one in 11 Scots estimated to have the virus in the week to 20 March.

First Minister Nicola Sturgeon is due to update MSPs on the latest data and plans for tackling the virus later.

She is expected to confirm whether the country’s final restrictions – the mandatory wearing of masks in enclosed public areas – are to be lifted as planned on 4 April.

The cabinet discussed the plans in a virtual meeting on Tuesday, ahead of Ms Sturgeon’s announcement at Holyrood.

But on Wednesday morning Mr Swinney tweeted that “after two years of avoiding Covid-19 I tested positive this morning”.

Mr Swinney – who is also minister for Covid recovery – said he would “try to engage with Scottish Parliament business if I feel better than I do just now”.

Be safe John, and hopefully youll be better soon. Like you Ive avoided it for two years until I had a positive test this morning. Thank goodness for Zoom!

Fellow minister Keith Brown then replied to Mr Swinney’s tweet to add that “like you I’ve avoided it for two years until I had a positive test this morning”.

Infections in Scotland have been at record levels, with the faster-spreading BA.2 sub-variant of Omicron behind 90% of new cases.

Hospital occupancy has also hit record levels, but ministers have pointed to the low number of people in intensive care as evidence that the vaccine programme is preventing people from becoming seriously ill.

Ms Sturgeon is due to update MSPs on the planned easing of restrictions at 14:00.

OSN expands exclusive content in the region with new...

How to make healthy habits stick throughout 2022

Why Retail Traders Are Selling After Enduring Downturn

Adams says city ‘will not be controlled by crises’...

A ghost village emerges from the cracked earth as...

Toyota CEO Says His Successor Must Have ‘Unshakable Conviction’

Jensen Ackles on directing Walker and reuniting with Jared...

Archbishop of Canterbury says his faith helped during depression

Half of Republicans want to move on from election...

International orchestras tour US for 1st time in 2...

Yelp, other companies take stance on abortion rights with...

What’s new on Disney Plus this month: ‘Moon Knight,’...

AP PHOTOS: In Kabul, cemeteries a part of Afghan...

‘Queer as Folk’ trailer reveals a first look at...

Met Police make arrests in London and Essex in...

Energy crisis: How countries are dealing with rising prices

Grubhub Is Launching a Rapid Delivery Service in Partnership...

With new PS Plus, Sony is just ‘keeping up with the Joneses’...