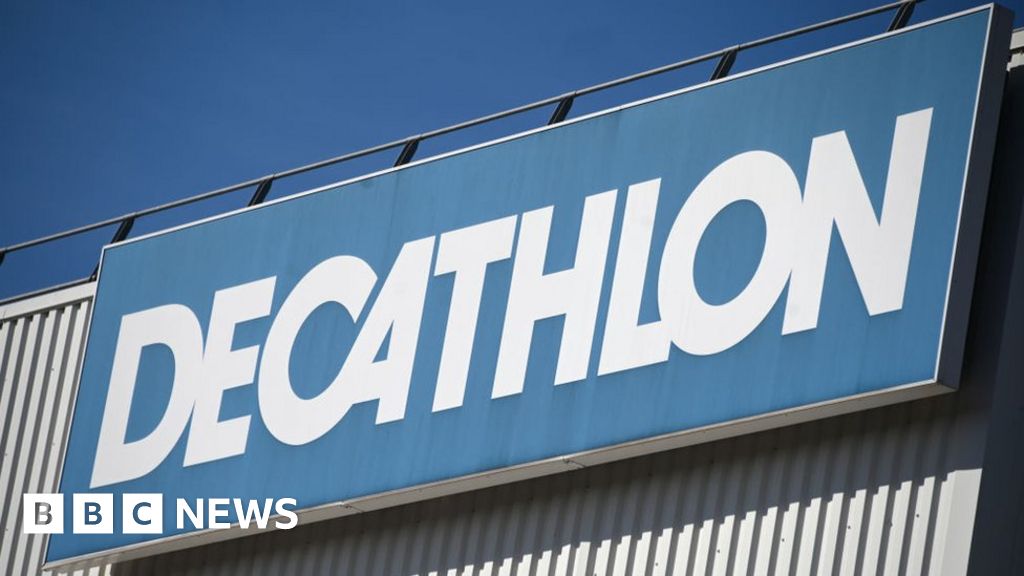 Sporting retailer Decathlon is facing growing criticism for continuing its business in Russia, despite the invasion of Ukraine.

Posts on social media called for a boycott of the French company, which has 60 stores in Russia.

Ukraine’s foreign minister has also called for people to stop shopping at Decathlon because of its refusal to suspend operations in Russia.

McDonald’s, Coca-Cola, Starbucks and Ikea are among the companies which have halted business in Russia, amid mounting pressure on firms to pull out following the invasion of Ukraine.

Decathlon is owned by French retail giant Association Familiale Mulliez, which has also been criticised for continuing its other businesses in Russia.

They include supermarket chain Auchan, which has 41,000 employees and 311 stores in Russia, according to its website.

Some people expressed outrage at the company’s decision to keep trading in Russia on social media, alongside the hashtag #BoycottDecathlon.

“For two decades myself and my family have been a regular customer of @decathlonuk and I’ve freely recommended their products to others. No more,” one wrote.

Others shared pictures of protesters, holding photos of victims of the war in Ukraine, outside Decathlon, Auchan and Leroy Merlin stores in Poland.

On Sunday, Auchan defended its position on Russia.

“Our job is to do everything we can to ensure that the inhabitants of our countries of operation have access to good quality food at an affordable price and thus meet the essential food needs of the civilian population,” it said in a statement.

“Abandoning our employees, their families and our customers is not the choice we have made,” the company added.

It said it had stopped its investments in Auchan Russia and it was not currently making any profit in the country.

He called on customers to boycott the company, along with Decathlon and home improvement chain Leroy Merlin, which is also owned by Association Familiale Mulliez.

Last week Ukrainian President Volodymyr Zelensky used an address to France’s Parliament to call on French companies, including Auchan and car manufacturer Renault, to pull out of Russia.

Renault later announced that it was suspending its work at its Moscow factory.

A fifth of US teens use YouTube ‘almost constantly,’...

Not quite ‘Almost Heaven’: The Manchin-Capito split

Biden: ‘In our bones, we know democracy is at...

Pickleball Is So Hot That LeBron James Is Buying...

Biden admin set to warn about threats to nation’s...

‘Zero chance’ decisions will even up – Postecoglou

Oregon is shutting down its controversial child welfare AI...

This Alienware ultrawide monitor at CES 2022 makes me...

How to Buy Ukraine War Bonds? Investors Look to...

Amberdata raises $30M to chase the “unlimited opportunity” of...

Why is Scottish independence back in the spotlight?

The woman taking TikTok by storm with the Scots...

Widespread damage to California as residents brace for more...

Google begins refunding Stadia hardware purchases made on the...

Changing the lives of Senegalese people disabled by clubfoot

NJ 3-year-old kicked out of speech therapy due to...

Prince Harry to appear on 60 Minutes next Sunday

Russia fires new waves of missiles at Ukraine and...

Biden to host Singapore's prime minister at White House
Kooply taps into $18M from Microsoft and more for a mobile games...