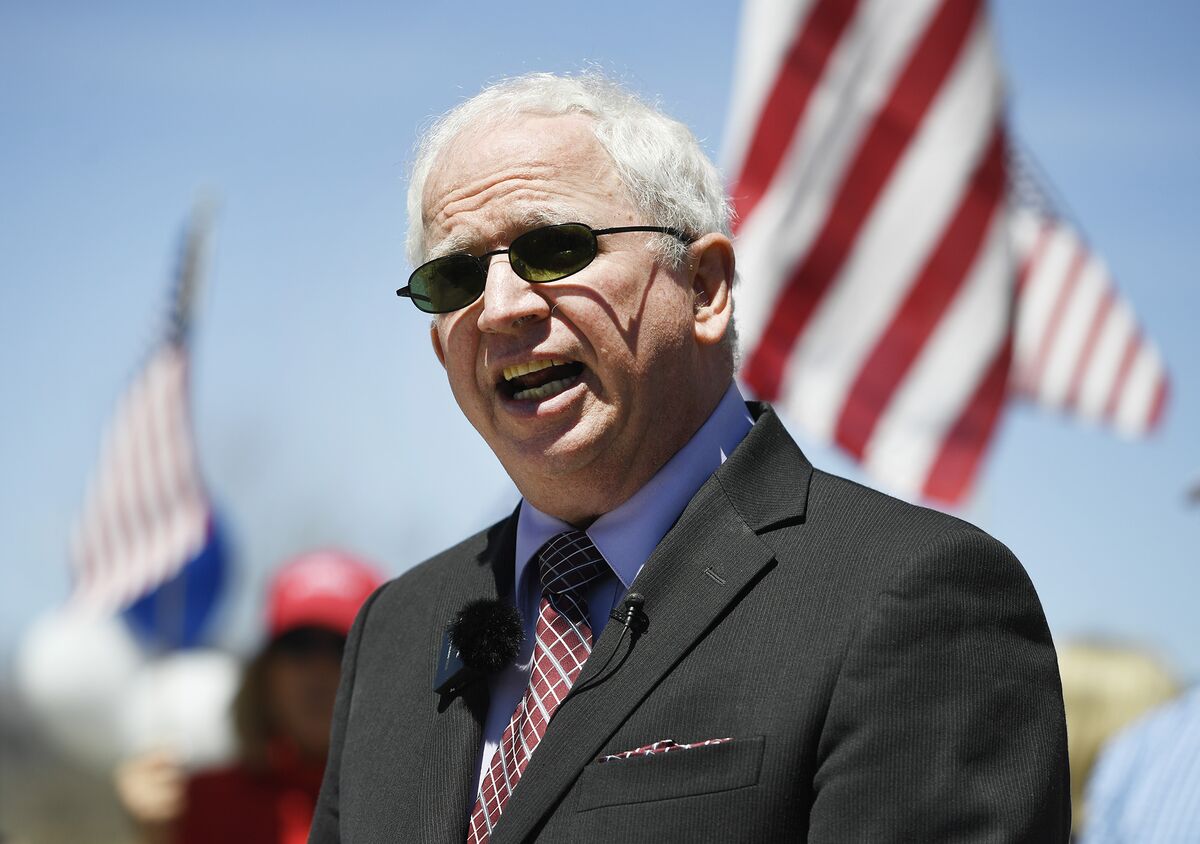 A federal judge ordered a conservative law professor to turn over 100 documents to a Congressional committee investigating the attack on the U.S. Capitol, and justified the ruling by saying the professor and former President Donald Trump had launched a campaign to overturn a democratic election.

U.S. District Judge David O. Carter of Los Angeles said Monday in a court filing it was more likely than not that Trump corruptly sought to obstruct Congress on the day it was certifying the 2020 presidential election in favor of Joe Biden, relying on legal guidance from John Eastman, the former dean of Chapman University law school in southern California. The illegality of the plan was obvious, the judge wrote.

The ruling came in a lawsuit filed by Eastman in an effort to block the House committee investigating the Jan. 6, 2021, riot from obtaining his e-mails. Eastman claimed privilege over 111 documents, but the judge found just 10 of them could be withheld. Trump is not a party to the case.

Their campaign was not confined to the ivory tower — it was a coup in search of a legal theory, the judge wrote. If Dr. Eastman and President Trumps plan had worked, it would have permanently ended the peaceful transition of power, undermining American democracy and the Constitution. If the country does not commit to investigating and pursuing accountability for those responsible, the Court fears January 6 will repeat itself. Inflation is so bad in the U.K. pet owners...

Walmart offers to pay $3.1 billion over sales of...

Wingcopter raises another $42M ahead of ambitious Africa deployment

MSNBC’s Chris Hayes frets his ‘worst fears’ have been...

DNA analysis of soil from paw prints could help...

On The Money — Inflation rises again

US Air Travel Stumbles in December After Year of...

Messi confirms Qatar final will be his last World...

Love Island: Laura Whitmore steps down as host of...

Orkney council worker killed by reversing lorry could not...

Paramount+ will stream the UEFA Champions League until 2030

85 percent of Americans concerned US will be drawn...

Livingston: David Martindale in hospital and misses game against...

London Transport Advises Against Monday Travel Because of Strike

Tens of thousands march in Berlin in solidarity with...

Gatland admits Wales legacy is on the line

The Merrick Garland You Don’t Know

NATO and Russia fail to resolve “significant differences” over...

From carmakers to refiners, industries brace for rail strike

Sony reveals its EV market ambitions with the Vision-S...

Chaos reigns at Charlotte with Kyle Larson out, Bell...

Sick of Sonos? This hidden hi-fi system can deliver...

Apple Timed New Macs and HomePod to Boost Its...

Cost of living: Nurse with cancer working to pay...

Is India Letting Its Covid Guard Down?

Ukraine war: Russia’s uncertain future a product of its...

Pinkett Smith's hair loss from alopecia at center of spat