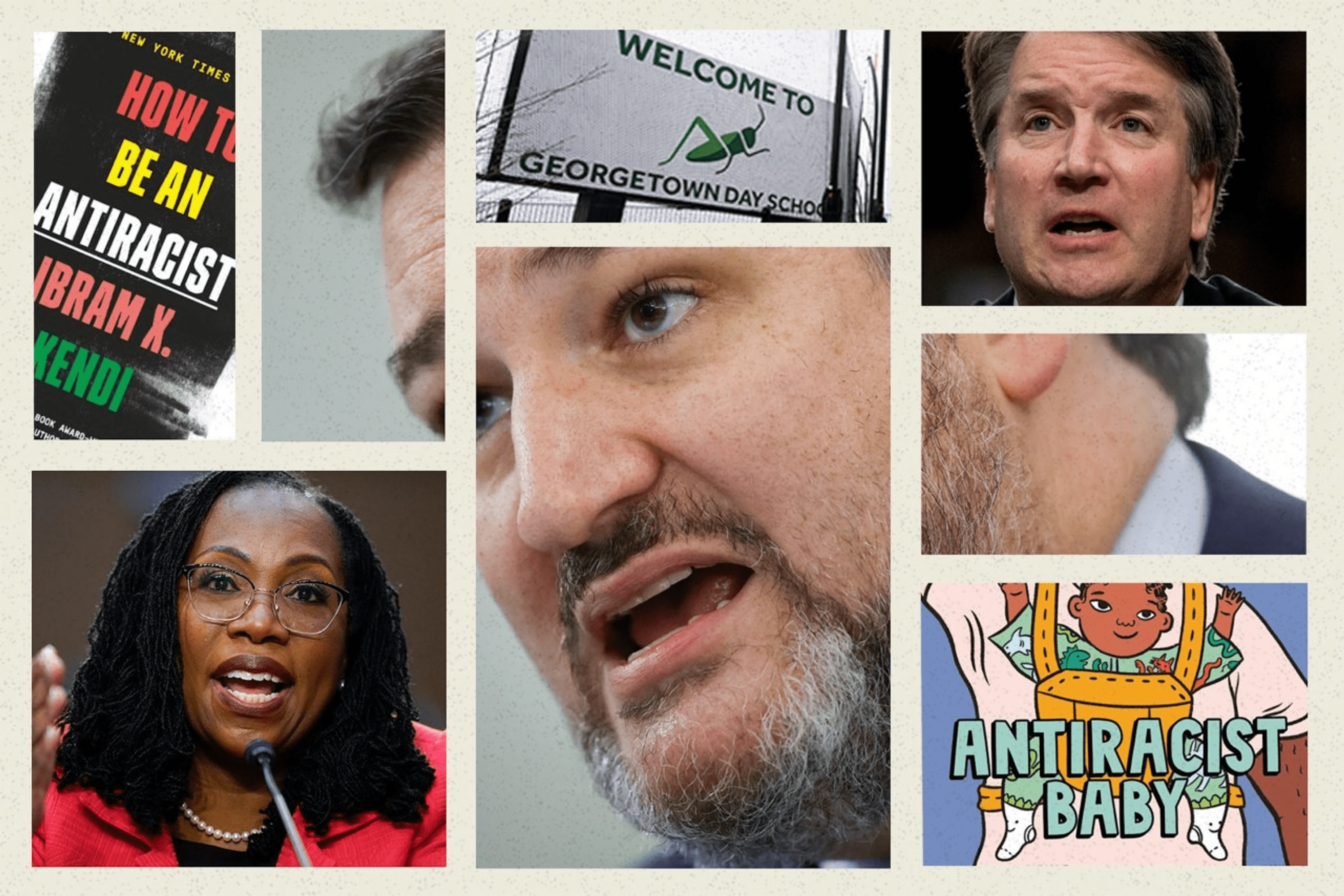 Pretty quickly, our alma mater was trending. Online, alums tweeted out Cruzs derision as an emblem of pride.

Its easy to see why. Within the tribe, the unbearably stupid exchange was downright flattering. Cruz whos just the kind of antagonist you want if youre a self-consciously brainy, historically crunchy culture that turns out an abundance of journalists, civil rights lawyers and creative types opened by seeming to suggest that Jacksons praise for the schools social justice mission was suspicious.

Jackson whos likewise just the kind of ambassador you want if youre part of a public-service-oriented community where Thurgood Marshall and Ruth Bader Ginsberg once sent kids, too responded that the mission in question stemmed from being the capitals first integrated school, a place established by parents who specifically wanted an alternative to the segregated-by-law public schools and segregated-by-choice private ones in 1940s Washington.

In the peanut gallery, even some of my more cynical classmates were on board. Back in the day, the first-integrated-school origin story Jackson referenced had been a kind of in-joke among my peers, something fight-the-power types used to accuse administrators of deploying as a get-out-of-jail-free card against students who complained about some alleged injustice. But, directed at Cruz, it felt righteous.

I bet Sidwell is jealous, another old friend texted. On our thread, the context for his joke (he was referencing the vaguely more establishmentarian, slightly less historically progressive outpost of D.C. private-school overachieverdom) didnt require explication.

In fact, Washington is the sort of place where, in a certain sector of society, people care about private schools: not what they do, but what they mean. What does it say about you if you went to (Episcopalian, all-boys) St. Albans? Who are you if you choose to send a child to (suburban, preppy) Potomac? This kind of thinking may seem objectively absurd: Maybe youre just someone who liked the commute, or got a good financial aid package, or had a kid who wanted to go to the same school as their best friend. Still, merely by living in this local universe, people tend to acquire a rough understanding of the semiotics of the various places where power-class members educate their kids.

This week, that folk knowledge was, for once, professionally useful.

Actually, make that for twice: This is not the first time in the last half-decade when an intimate knowledge of the subtle variations among Washington-area prep schools became momentarily essential for understanding a Supreme Court nominee.

In 2018, instead of learning about the controversial library books of Georgetown Day, Americans did a close read of the 1980s-era yearbooks of Georgetown Prep, alma mater of Brett Kavanaugh and, the world would soon learn, of Squee, PJ, Tobin, Mark Judge and the rest of the future justices hard-drinking band of bros. Kavanaugh was the second consecutive judicial nominee to have gone to Prep, but, much more than Neil Gorsuch, he was the poster boy: the athlete and star student who went on to Yale, coached church basketball and stayed true to his Jesuit-school community all these years later.

Preps hearing-room star turn, I suspect, was somewhat more complicated for loyalists. My cronies may have thrilled at being called woke by the likes of Ted Cruz; even for people who disbelieved the allegations against Kavanaugh, it was probably harder to interpret derision about 1980s jock behavior as a flattering form of persecution. But in the parts of town where people are acutely familiar with the stereotypes, theres a kind of poetry in the caricatures on display: one school religious, sporty and male, the other secular, football-free and co-ed. The political analysis writes itself.

Not that Washingtonians mainly take it in as political analysis. Rather, the moments when peoples schools or neighborhoods or pastimes break into national news tend to be occasions for intramural distinction-drawing.

During Preps cameo, friends who had gone to Gonzaga and St. Anselms, supposedly grittier Catholic schools within the city limits, cracked wise about how Kavanaughs old school was a haunt of suburban swells whose campus literally contained a golf course. That aint us, man! My classmates, from our much less macho school, looked at the yearbook pictures of Kavanaugh and his friends and saw people wed been afraid might beat us up. This time, no doubt, the shoes on the other foot, and there are Georgetown Prep folks who, when non-cognoscenti see a tweet about the hearings and ask them if they attended Georgetown Day (only one word different, after all!), roll their eyes in response.

For most Americans, of course, the distinctions between $40,000-a-year schools with almost identical names and student bodies featuring frequently well-to-do and occasionally well-connected Washington-area children are a classic case of narcissism of small differences. The sense of minuscule differences may even extend to Cruz: Online sleuths quickly reported that the exclusive Houston school where he sends his kids also has Kendis books in the library and language about gender identity in its diversity statements. Maybe the more salient question is why so many of the kinds of people who wind up nominated for the Supreme Court or who question those nominees at hearings, or who write columns about the hearings in leading media outlets like POLITICO have lives that intersect with a relatively small number of exclusive private institutions. But whos going to demagogue that question? The Hundred: Phil Salt hit three sixes in a row for Manchester Originals against Welsh Fire

Arran islanders struggle to get home after hospital appointments

U.S. to double and accelerate order of Pfizer antiviral...

Woman, child injured in incident at school in Germany

Filibuster Voting Rights: What Is It and Why Is...

‘Heartstopper’ helped me face unresolved trauma of life under...

New York Will Swelter Under Quick Shot of Heat...

Elizabeth Holmes saga still has some loose ends to...

Montreal the winner as Formula One makes return

Alex Scott: I will carry on despite sexist abuse

Kilmeade: America should be ‘all-in’ on a Ukraine victory

Americans keep getting reinfected with COVID-19 as new variants...

Google wants secure open-source software to be the future

J.R. Majewski, an Ohio GOP congressional candidate, was a...

SSD performance in a MicroSD format? We’re almost there,...

GOP senator says he would ‘take a hard look’...

Putin Unable to Match People to Equipment in Ukraine...

GOP senators slam Biden for working with Russia on...

American Bidders Ready for Final Battle to Own Chelsea FC